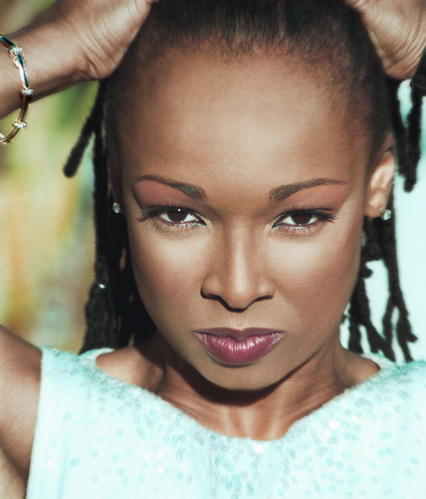 MJJC: How long did it take to write "Man in the Mirror"?

Siedah: Literally 15 minutes for the first verse and chorus. It just poured out of me. It was almost like it wrote itself.

MJJC: Did you write other songs for Michael that never made it onto his albums?

Siedah: Yes, I wrote a song called “Innocent Side” that I submitted at the same time as “Man In The Mirror”, but it was not selected. The only other song that I wrote for MJ was “Keep The Faith”, which he co-wrote, and which he then recorded on his Dangerous album.

MJJC: Siedah you are great songwriter, can you comment on Michael's song writing skills. Which song(s) do you consider his best?

Siedah: Michael was an incredible writer, and I think he was in his songwriting prime when he wrote for “Off The Wall”. I love everything he wrote for that record.

MJJC: What was it like to work with Michael in the studio?

Siedah: It was a unique learning experience. Michael was a complete perfectionist, although he would only have to do a few takes, each take was amazing.

MJJC: What was the best part of being on tour with Michael?

Siedah: Watching him every night on stage was absolutely amazing. Also being able to see the world at the highest level possible. It was almost like traveling with Jesus.

MJJC: Did you ever see Michael do something that shocked you or took you by surprise either on stage or off stage?

Siedah: Yes! Every night! And I often did things that surprised him, like when I put on a blond wig without his knowledge to perform our duet. 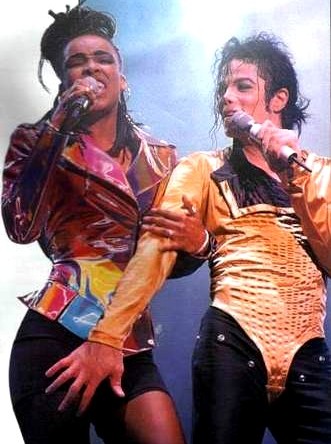 MJJC: Was it hard to concentrate on your singing when Michael was rubbing your thigh during I Just Can't Stop Loving You on the Dangerous tour?

Siedah: Wow! The very first time he did it, it took me by surprise. After that, I began to expect it.

MJJC: It has been rumoured that the Dangerous Tour was to continue in the US after the final 1993 dates in Australia. Do you know if there is any truth to this?

MJJC: What was it like to hang-out with him, when you guys were not working? Was he a different personality when not on stage or in the recording studio?

Siedah: Absolutely. He was very serious about his craft, so, when working there were no fun-and-games. However, when not working, he was fun, relaxed, engaging, ridiculously creative, extremely aware of world issues, and a true artist in every sense of the word. He seemed to take to me because I was always myself when around him, never phony or intimidated. He would constantly say to me, "You so crazy!" In fact, he had a pet name for me, Miss Gayrree.

MJJC: What was your most memorable conversation you ever had with Michael?

Siedah: We were in studio recording on the day Fred Astaire passed away. Michael was deeply saddened, and shared with me just how much he loved and was influenced by Fred and his incredible dancing.

MJJC: Did Michael ever confide in you when something was troubling him? Did you ever have some real deep serious conversations with him (other than when you were working on songs)?

Siedah: Yes, we talked about the plight of African-Americans in this country, and he surprised me with his knowledge of African-American issues. Also, he once told me that the happiest he ever is in life is when he is on-stage performing.

MJJC: If you could describe Michael in only one word, what word would that be? 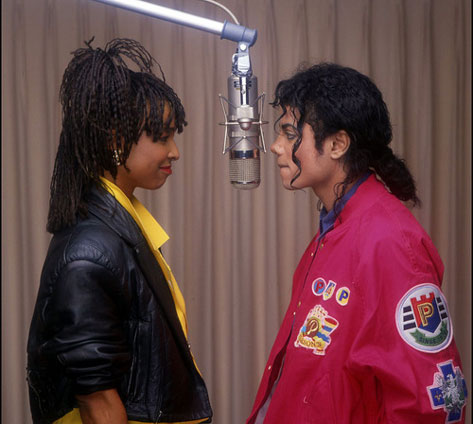 MJJC: A lot of people have said Michael had a great sense of humour. What are your personal experiences of this?

Siedah: Once, while in the studio recording our duet "I Just Can't Stop Loving You", he began tossing popcorn in my face in an effort to make me mess-up. Producer Quincy Jones, not seeing this, began to chastise me for flubbing the takes. Michael, on the other hand, was just CRACKING UP!

MJJC: Over the years, especially in the 2000s, did you keep in touch with Michael?

Siedah: No, I hadn’t spoken to him in 17 years. I didn’t really reach out to him, not until 2009 when I knew he was making plans to go back on tour. I caught up with him on the phone during the Michael Jackson week on American Idol, four weeks before he died. He congratulated me on my Grammy win and Oscar nomination. I later saw him at his tour audition three weeks before he died.

MJJC: Where were you when you first got the news that Michael had passed away? And what was your immediate reaction?

Siedah: I was home in my kitchen making lunch when I heard the news on the radio. I called a fellow MJ alumnus to question whether it was real or a hoax, but then shortly found out that it was the truth. I was devastated, physically and emotionally.

MJJC: What would you want Michael fans all over the world to know about him, as someone who knew him personally and professionally?

Siedah: Michael was genuinely compassionate and caring. I feel that during his lifetime he was under-rated and under-appreciated, and unfortunately ostracized. Thank God he has been exonerated after his death.

MJJC: Is there anything you want to say to the members of MJJCommunity and Michael Jackson fans in general?

Siedah: I want to say that Michael Jackson fans are the most loyal fans on the entire planet, and he really, really appreciated them, as do I. Other than that, I would say please support my new tribute song to MJ, entitled “Keep On Lovin’ You”, where I share my feelings about my life and experience with Michael, available on iTunes on September 11th. Thank you for continuing to love him and appreciate him.