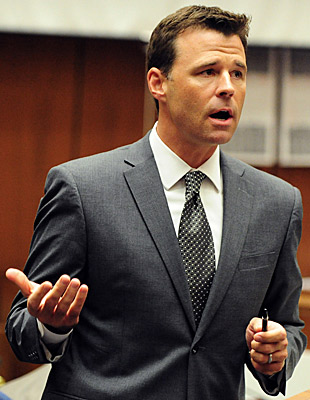 MJJC is happy to bring you DDA (and soon to be Judge) David Walgren's answers to MJJCommunity's Exclusive Q&A.

From the start, we have stated that not all of the questions would be sent to DDA Walgren. I and some members of MJJC Case team selected the final set of questions. We have omitted hoax/believer questions and questions about civil trials as they were irrelevant.

I have also notified that due to DDA Walgren being a prosecutor, in this case, there could be questions he cannot answer. These topics included different possible charges, restitution and evidence related questions.

Enjoy the answers and please join me to say a big thank you to DDA David Walgren for generously agreeing to this Q&A despite his busy schedule.

MJJC: Before the trial would you consider yourself as a fan of Michael Jackson’s music? If yes, what is your favourite song of MJ’s?

David Walgren: Before the trial, I had great respect for Michael Jackson as an artist and enjoyed his music. However, as I learned more about him and his life, I came to really enjoy two songs in particular: Human Nature and Earth Song.

MJJC: Can you share some of your thoughts that you personally had on 6/25/2009 when the world learned of Mr Jackson's death? Did you ever imagine at that time you could become the lead prosecutor in Michael Jackson’s death?

David Walgren: When I first learned of Michael Jackson’s death, I was in shock. My first thoughts centred on his relative youth, and the tragic loss for his children and other loved ones. At the time, I did not give any thought to any potential criminal prosecution.

MJJC: What was your perception of Michael Jackson (if you had one) before working on the case? How has the knowledge of facts changed, if this is the case, your opinion of him as a person (for the better or the worse)?

David Walgren: Prior to the trial, my perception of Michael Jackson was simply that he was a very gifted artist and, although I was aware of various media accounts regarding his personal life, I do not typically follow that type of reporting. Now that I have learned so much more about him as a person, I have come away with great admiration for him as a loving and dedicated father to his children.

MJJC: Media reported that Michael Jackson’s kids especially his son Prince might be called to testify. Was there any truth to these rumours? Did you interview the kids and under what circumstances you would have called them to the stand?

David Walgren: I will say that I was always reluctant to call any of Michael’s children to testify at the trial and any media reports stating differently were based on pure speculation. My feeling was that the children had already had to experience enough trauma and I did not want to compound that by having them endure testifying in such a highly publicized setting about such an emotional and painful experience.

MJJC: We asked Dr Shafer what he thought of you and he praised you saying “He is brilliant, dedicated, and absolutely honest. He worked incredibly hard. I think he got about 4 hours of sleep every night of the trial. Part of my job was educating Mr Walgren in the science. By the time of the trial, he was occasionally correcting my calculations! He was so effective when dealing with expert opinion in part because he truly understood the scientific principles”. Can you tell us a bit about your work with Dr Shafer? How hard was it for you to learn all of the medical and scientific aspects of the evidence presented and how many out of court hours he would estimate he worked on getting up to speed?

David Walgren: Dr Shafer is a brilliant, compassionate, and giving the individual who pursues all science with the goal of ascertaining the truth. It was a privilege and honour to learn from someone so skilled in his field. I also spent long hours reading medical articles and other scientific publications. My goal was not only to learn the science but to be able to present it to members of the jury in a manner that they would understand. To the extent I was successful in doing that, I owe a great deal to Dr Shafer and the tremendous amount of work he put into the case.

David Walgren: Fan sites, blogs and other social media did not play a large role in my preparation. Although I was aware of some of these sites, I tried to approach this case as I would any other—by being as prepared and knowledgeable as possible in regard to the evidence and the law. Toward that goal, I tried to avoid distractions that would take time away from my goal.

MJJC: Many Michael Jackson fans still have an issue with the open release of Michael Jackson’s autopsy photo. Why was it necessary to show a picture of MJ on a gurney and an autopsy photo in open court for a manslaughter trial? Why couldn't the pictures of Michael's body be only shown to the jury in court and not on live TV to avoid the massive reproduction of them all over the internet?

David Walgren: All evidence admitted at trial must be presented in open court and since the court had ruled the trial would be televised, such evidence became public.

MJJC: What are your thoughts on why Conrad Murray recorded Michael Jackson on his phone?

David Walgren: I have not been able to come up with any reason why Conrad Murray would have made and saved that voice recording other than, as Judge Pastor stated, it was to serve as an insurance policy that Conrad Murray could one day use against Michael Jackson. 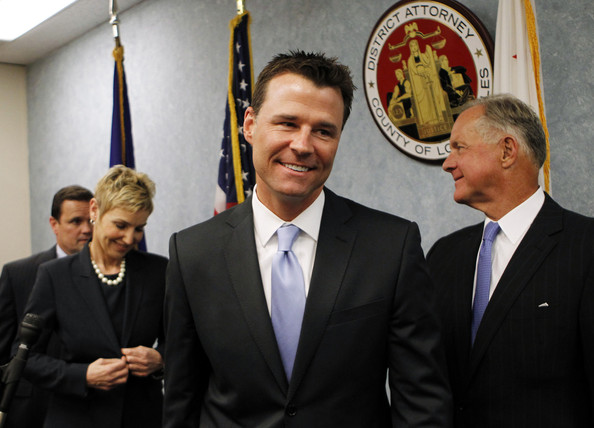 MJJC: If Conrad Murray took the stand, what would be the top 3 questions you’d have asked him and why?

MJJC: From the beginning, even prior to the trial, were you confident that you had a strong case against the defence? Was there ever a time when things seemed to get complicated and you thought you might not get a guilty verdict?

David Walgren: After I had thoroughly reviewed the evidence in this case, I was astounded by the complete lack of competent medical care provided to Michael Jackson by the defendant. I also believed the defendant was guilty of gross negligence. However, I never allow myself to get confident in a particular outcome. I always work until the very end because if the case is not presented well by the jury, justice will not prevail, no matter how confident the advocate may be.

MJJC: Despite the evidence brought at the trial, despite the verdict of guilty, some people still think that Murray has been wrongfully convicted and that he is kind of fall guy for acts perpetrated by others. What would you say to these people?

MJJC: At the press conference you couldn't answer the question which case in your career was the most difficult one. Have you thought about it? Which case was the most challenging and why?

MJJC: Could you give some advice to young law graduates in this difficult period of economic crisis?

David Walgren: The best advice I could give is to not give up. If the search for a job is difficult, just keep trying and be persistent and doors will eventually open.

MJJC: We heard recently that you have applied for the position of L.A. County Superior Court Judge. Why did you make a decision to become a Judge? Beyond that do you have any plans such as getting into politics?

David Walgren: I have been a Deputy District Attorney for 16 years and have now submitted my name for consideration to be a Los Angeles County Superior Court Judge. I feel that my courtroom experience, my personality and temperament, and my ability to be fair and compassionate make me qualified to serve as a judge and I look forward to taking on new challenges in my legal career.

MJJC: Were you aware of the intense amount of admiration and support, you were receiving from the Michael Jackson Fan Community, and that it continues to this day? Did it surprise you to find out that most of the fan community has such great admiration for you? What do you think of such admiration?

David Walgren: When I would arrive to the courthouse in the early morning hours, Michael Jackson fans would yell words of support as they waited outside for a seat in the courtroom. The fans would also line the hallways of the 9th floor and extend words of support and gratitude. I was also made aware of various internet sites and videos that were supportive of what was occurring. Although I did not react at the time, these gestures were very kind and very much appreciated.

MJJC: Do you have anything you want to say to the members of MJJCommunity or Michael Jackson fans in general?

David Walgren: Considering a great deal of emotion involved in the trial, I feel the Michael Jackson fans conducted themselves very well. They were respectful of the process and patiently waited for justice to be served. I admired their dedication and loyalty to Michael Jackson and to the extent possible, I hope the trial gave them some level of closure.