MJJC is happy to bring you the second Joe Vogel Q&A about his books and Michael's music. This Q&A is planned around the e-book release of "Man in the Music: The Creative Life and Work of Michael Jackson" as well as Joe Vogel's new book "Featuring Michael Jackson. 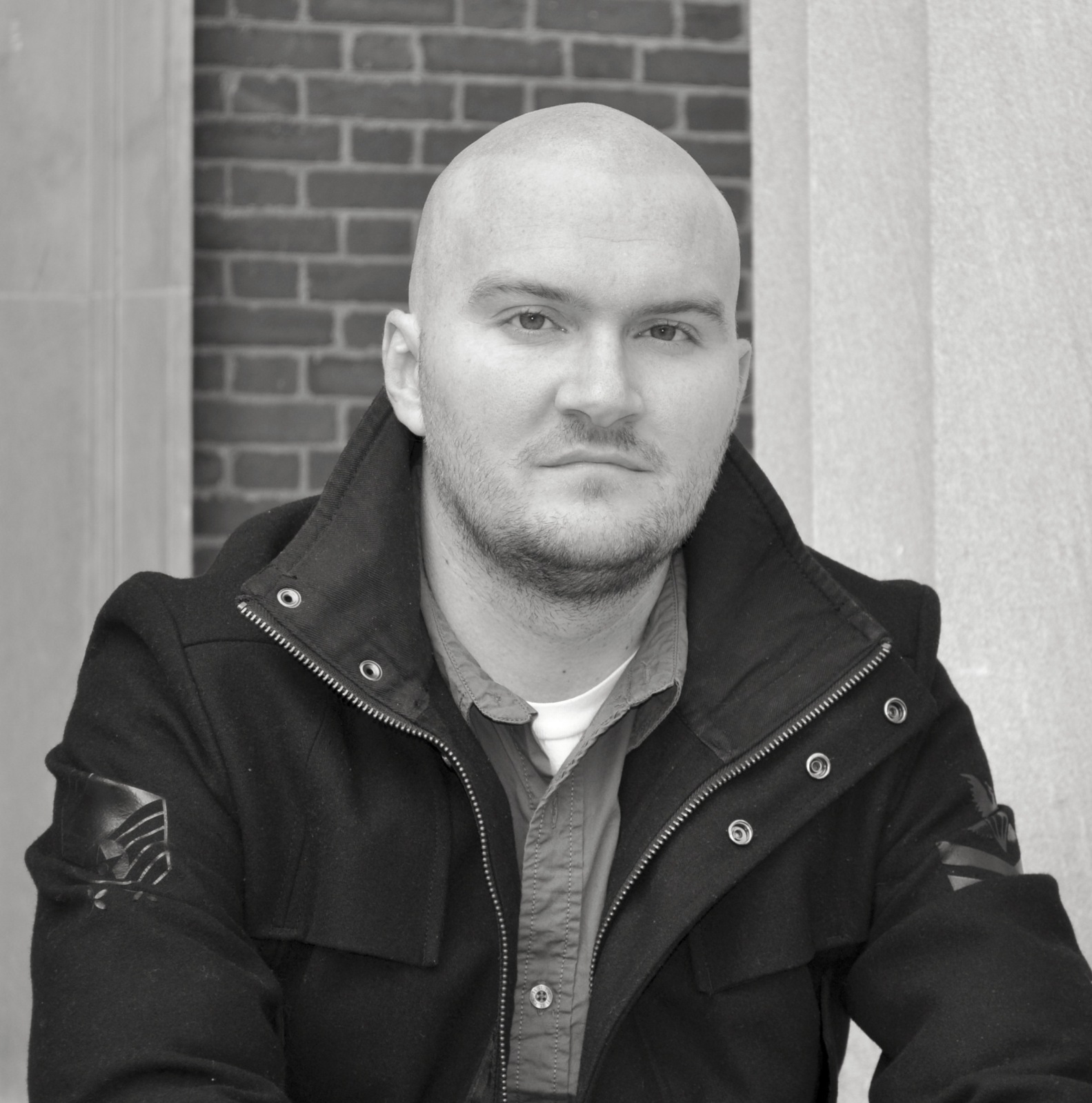 MJJC: What peculiarity of Michael Jackson that initially attracted and motivated you to delve into the study of his music? In other words, why did you decided to analyze specifically Michael's work rather than any other artist's work? I guess there are many reasons why you appreciate him, many of them you probably discovered during your work, but I'd like to know exactly what was, so to speak, the trigger

Joe Vogel: Michael Jackson was just so different. I’m fascinated by artists that defy conventions and categories, artists that can take us places we’ve never been before, that challenge us. Michael, of course, paid a terrible price for being bold and different. When I started my book in 2005, the vitriol, hate and deceit being directed at him were awful. If anyone takes a look at media archives from that time, the level of callousness and cruelty is appalling. And I remember watching it unfold and being really angry. At first, I envisioned writing a sort of alternative biography, something more humane and nuanced and objective than what existed at the time, but as the project developed I really felt strongly about letting Michael’s creative work be the focal point and revealing the man through the music.

Joe Vogel: I did have questions prepared. Most were about process. Michael was always so vague about his creative process. Of course, part of the problem was that so few interviewers ever asked him in-depth questions about his creativity. So my questions were all about details. I wasn’t as interested in sensational questions (how much plastic surgery?) or big questions (how do you want to be remembered?) as specifics (Tell me about these lyrics in “Stranger in Moscow” or this panther segment of “Black or White?). I wanted to show him the chapters I had done so he could see how it was laid out, how it was all about the art, and then proceed from there in terms of filling gaps and gathering new stories.

MJJC: In your last piece "The Top Ten Michael Jackson Songs of All Time" you wrote, "If I were forced to gather together a group of songs to hold up against the best work of the Beatles or Bob Dylan or Prince, these are the ones I would bring." I'd like to know, if you were asked to put together an album not for the fans, but for people who do not know Michael Jackson or have never appreciated his music, which songs would you choose to include in this album to make these people know and understand Michael Jackson, the artist and the man, and his music?

Joe Vogel: In a way, that was part of the philosophy of my Top Ten list: What ten songs really showcase Michael’s genius, working in different styles from different parts of his career. But if I were to throw together a mix for a non-fan, I might do: In the Back, Butterflies, Cheater, In the Closet, Give in to Me, Morphine, Stranger, 2Bad, Human Nature, Little Susie, Will You Be There, Threatened. I’d probably go with a lot of lesser-known tracks because part of the problem with Michael Jackson is his classic songs are so familiar many people can’t hear them anymore.

MJJC: What has been the most surprising thing you have learned from your research on Michael Jackson?

Joe Vogel: I don’t know that there is one thing. I was really impressed with the intelligence that went into his work. I loved the stories about him tracking people down, calling in the middle of the night, going to an old folk’s home to visit Walt Disney’s massage therapist, reaching out to all the people he respected or admired. He was so curious, which is such a great quality for an artist.

MJJC: Why do you think so many overlook Michael's work after Thriller/Bad?

Joe Vogel: That’s a very complicated question. Part of it was a backlash to his success, part of it had to do with race, part of it was about his otherness and the media caricature that was constructed. And part of it was just sheer laziness. Critics latched onto a simple narrative—rags to riches to ruins—and couldn’t seem to find the intellectual acuity to move beyond that and recognize the evolution in Jackson’s art.

MJJC: Referring to Michael Jackson's music you often use terms like “he re-invented”. That sounds to me like an attempt to state - somehow - he has been the first to create something new in music while you are conscious that some other, although less publicized, musicians already did that before MJ. Is it correct? And if not, why you say he "reinvented" instead of "invented"?

Joe Vogel: Well, no one creates out of a vacuum so I think I’m sceptical of the term “invention” for any artist. You always draw from what comes before you. Michael didn’t invent R&B or soul or disco, but he stylized these genres in ways that hadn’t been done before. I actually think Michael did, for all intents and purposes, invent “pop” as we know it today; but I think he re-invented it with the Dangerous album. Similarly, I might feel comfortable saying, with qualification, that Michael “invented” modern music videos. Of course, they existed before Michael; but he had an enormously profound impact on what they became.

MJJC: What do you think about those rock journalists who write about “criteria” in music, stating that “innovation” and “influence” are the most important criteria to judge music and according to these criteria don’t consider Michael Jackson an important musician in pop history?

Joe Vogel: Innovation and influence are important criteria, but they are the criteria Michael meets in a major way. Look at the musical landscape today: Michael’s influence is everywhere. That being said, I don’t think Michael Jackson’s greatness is in any way tied to the existence of Justin Bieber, just as the Beatles aren’t assessed by their influence on the Jonas Brothers.

MJJC: Do you think Michael's artistry and his impact on pop culture will be thoroughly examined by more scholars in the future?

Joe Vogel: Absolutely. It’s already happening. There has been a proliferation of scholarship on Jackson over the past few years, including journals and conferences. He’s being taught in many different fields—music, film studies, English, dance, visual studies, cultural studies, African American studies, etc.—at universities around the world.

What seems to be taking a bit more time is serious writing on MJ aimed at a more mainstream audience. This is an audience I have been trying to help build with my books and articles. There are still a lot of people for whom Michael is more of a celebrity or entertainer than a serious artist. It’s strange because Michael has such an enormous fan base, but the audience for this type of work is still relatively small. There is quite a ways to go to catch up to the Beatles, or Dylan, or even Springsteen and U2.

MJJC: Were you as frustrated as fans were for Michael being reduced to tabloid caricature, and his music and achievements were basically dismissed? Do you think the tide is turning and people are finally seeing him as a brilliant showman and musician and his music is not dismissible?

Joe Vogel: The tide is definitely turning. There’s been an enormous shift in public perception since 2009. It’s very sad that’s what it took for people to be reminded of his genius, but that’s the way it often goes with artists of his calibre.  I had the privilege of being a consultant for the upcoming Bad 25 documentary by Spike Lee and watching that footage was just incredible. The more people are exposed to Michael Jackson, the artist, the more his legacy will thrive.

MJJC: What is your favourite MJ album? Song?

Joe Vogel: My favourites change from month to month, year to year. My favourite album right now is Bad, especially the Bad outtakes and demos. Favourite songs right now: “Destiny,” “Cheater” and “She Drives Me Wild”

MJJC: How are the Stranger in Moscow and Scared Of The Moon pieces you are working on coming along? Do you have any idea when they might be released?

Joe Vogel: Unfortunately, both are on the backburner right now. These types of projects are nearly impossible to find publishers for, so they present a lot of challenges. Most likely I would have to do them independently as I did for “Earth Song.”

Joe Vogel: My understanding is that it was co-written by Jackson and Babyface.

MJJC: Will you include new chapters in the paperback version of Man in the Music?

Joe Vogel: There are endless projects that could be done on Michael (I have a few in mind), but my next major book will be on a different artist. No current plans to write on Michael’s unreleased songs or a biography.

MJJC Note: You can find Amazon links to Joe Vogel's books below and in near future, we will have another Joe Vogel surprise for you all. Keep following us and Joe Vogel :)

Man in the Music: The Creative Life and Work of Michael Jackson  - http://www.amazon.com/Man-Music-Creative-Michael-Jackson/dp/1402779380