Posted Today, 03:16 PM
THE California Wildfires are raging towards Michael Jackson's Neverland Ranch as thousands are evacuated from homes on the west coast

Officials have ordered the mass evacuation of the California beachside community of Malibu as a massive wildfire rages towards it.
The fire broke out Thursday northwest of Los Angeles and roared southward, jumping the US 101 freeway early Friday and sweeping into the Santa Monica Mountains.
The Los Angeles County Fire Department said the fire is headed to the ocean, punctuating the message with the declaration: "Imminent threat!"

That and another wildfire raging west of Los Angeles had already forced thousands of people to leave their homes.

The flames are being driven by Southern California's notorious Santa Ana winds.
Voluntary evacuations of 75,000 homes were called for because of the Woolsey Fire that affected parts of Thousand Oaks in Ventura County northwest of Los Angeles, the site of a shooting massacre this week.

The ranch has recently been renovated and has been up for sale for three years at $67 million.

It comes as Hollywood stars were revealed among those who have been told to "get out now" while the blaze rages across the state. 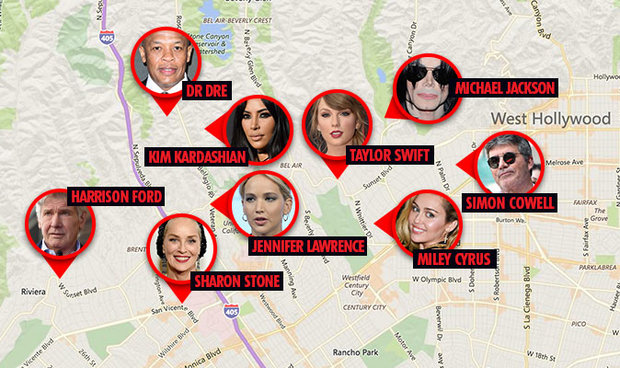 DANGER: Celebs have been evacuated

The fire had jumped Highway 101 in several places, including Calabasas and Agoura Hills, and was moving southwards toward coastal Malibu, Malibu Search and Rescue said in a post on Twitter.

Parts of that major freeway were closed in Los Angeles and Ventura counties, fire officials said.

The fire ignited Thursday afternoon south of the city of Simi Valley, Ventura County officials said.
Also burning in Ventura County was the Hill Fire, which had torched 10,000 acres (4047 hectares) by Thursday night, fire officials said.
In Northern California, the Camp Fire advanced rapidly to the outskirts of the city of Chico early on Friday, forcing thousands to flee after it left the nearby town of Paradise in ruins, California fire officials said.
Evacuation notices were set for homes on the east side of Chico, a city of about 93,000 people about 90 miles (145 km) north of Sacramento.

Calabasas too?? That means the majority of the Jacksons. Encino is not that far from there either.

Lady Gaga had to evacuate her home too. I've seen on Instagram that all of Michael's clothes she bought are supposedly there...

Hoping all of the people out there are safe and the fires can be put out soon.

I'd be so gutted if anything happened to Neverland.

<blockquote class="twitter-tweet" data-lang="de"><p lang="en" dir="ltr">this is getting worse and worse.. so many people are losing their homes. areas i used to hang out at are completely burned to a crisp.. my heart goes out to those who haven’t found safety yet, and sending love to everyone that needs it. this is so heartbreaking</p>&mdash; Paris-Michael K. J. (@ParisJackson) <a href="https://twitter.com/ParisJackson/status/1061430626576818176?ref_src=twsrc%5Etfw">11. November 2018</a></blockquote>
<script async src="https://platform.twitter.com/widgets.js" charset="utf-8"></script>

Neverland no, I don't think so. Calabasas, yes. Neverland is surrounded by wilderness though so there's always a risk. The fires are really devastating. It's become the new normal here sadly. Lives have already been lost, but I hope everyone can get out safely and the firefighters can save as many homes as they can. They really need all the help they can get.

I swear if anything happens to neverland it will be so sad but at the time michael didnt wanna go bck there . Im torn between being desvastated if it burns to being relived

Many people have to evacuate and many of them will probably not return to their homes, it’s terrible .

I just pray that everybody is safe.

the current big wildfire, where is it? Because the map in that article pointing to Michaels home!! that's not where it is, its 3 hours from there. that's closer to the Carolwood home!

Amaya;4233824 said:
Lady Gaga had to evacuate her home too. I've seen on Instagram that all of Michael's clothes she bought are supposedly there...

Hoping all of the people out there are safe and the fires can be put out soon.
Click to expand...

Is this a Thriller house in LA burned? 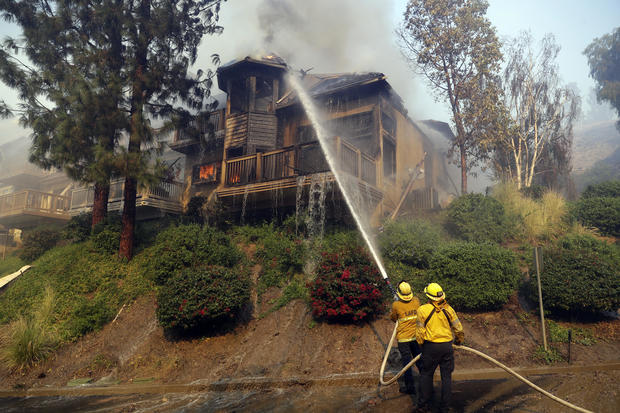 There isnt much else you can really do to stop a fire besides using what you have. Nature will be nature. 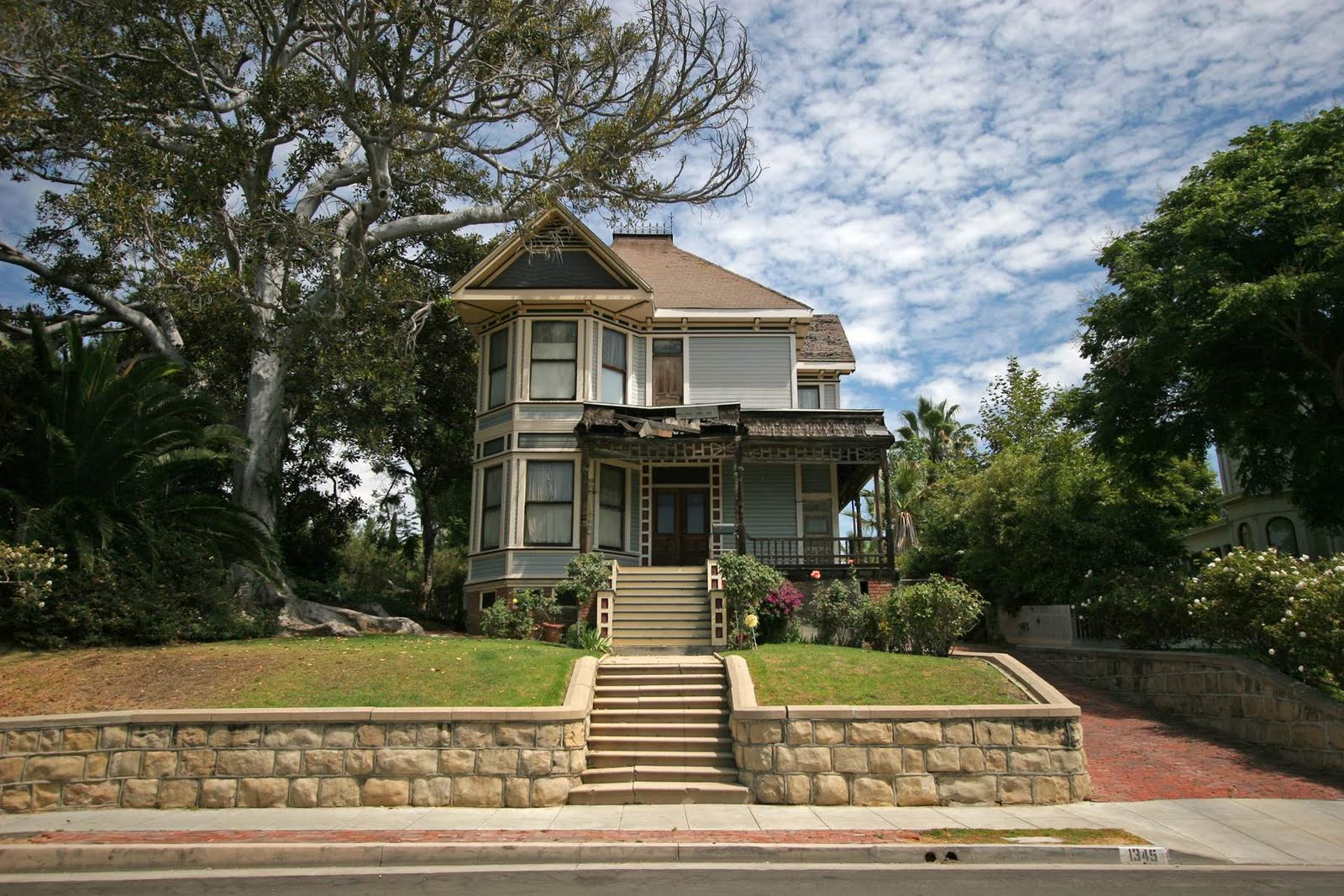 Ah, ok. I was suspicious of what I saw hence why I used the word "supposedly". Glad to hear it!

Hopefully they get these fires completely under control.

Michael Jackson's brother Tito reveals the only two items he took from his house when fleeing the California wildfires... and discusses his relationship with the King of Pop's kids

Tito Jackson lives in California, where the state's worst wildfires have been raging, leaving 86 dead, 500 people unaccounted for and many houses destroyed.

On Friday, The brother of the late Michael Jackson spoke to Australian radio station Hit 105's Stav, Abby & Matt about his near-miss with the natural disaster.

'The fire came within 200 feet of my home. I had to evacuate,' the 65-year-old said, before revealing the two items he grabbed before fleeing.

Tito explained that when he was told to evacuate, his beloved instruments were the first, and only things that came to mind.

The Jackson 5 singer then described just how much devastation the fires caused.

'I'm looking out my window right now and I see burnt a hillside. It's all around us,' he said.

'We're OK, the fires seemed to subside,' he added.

Later, he discussed his relationship with Michael's kids.

Thankfully, the kids have a huge extended family to lean on, Tito included.