Somehow someday I wish MJ and Elton would do a duet...that would be FANTASTIC.. I always loved Elton!!

Here is a montage of pics dedicated to MJ, to the song Dont Let the Sun Go Down On Me....beautiful job by the way...

Elton John is really good. His classic albums from the 70s are the best, though; I don't really care for his recent material.

Captain Fantastic and the Brown Dirt Cowboy and Goodbye Yellow Brick Road are my favorite albums.

his unreleased duet with janet is the BOMB!

i love elton john i love the song tiny dancer

I tried to look for Sacrifice but the quality on YT is horrible, its one of my fave. I also like Your Song, candle in the wind, I Guess That's Why they Call it the Blues..there are so many great songs.
P

My favorite Elton track: "The One"

I remember seeing this video quite a bit on Friday Night Videos or something and wondering how did they hook up, lol. Millie never crossed over to pop radio, she was mainly popular in the 1970s and later did a few urban stage plays.
[youtube]OQId1AAMT7U[/youtube]
N

Screamin said:
his unreleased duet with janet is the BOMB!
Click to expand...


Oh yesss, tonight and every night. So much so it scares me

Another day i live for is the one when i get to tell everybody (most of all my folks) about my many songs, not just this 1

Can't really say how much this tune means to me; during one of my many flights last year i had this on repeat and the tears wouldn't stop fallin'; thankfully, the people next to me were kind and polite enough to leave me alone


Prince Of Pop said:
My favorite Elton track: "The One"
Click to expand...

ROCKETMAN IN THEATRES MAY 31

Dude, I am so excited for Rocketman!
E 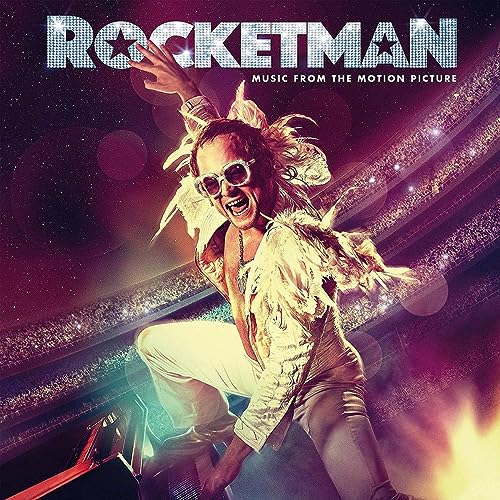 Bernie Taupin needs to be inducted into the Rock And Roll Hall Of Fame in the Non-Performers category!
E

I enjoyed the film Rocketman so much, and I love Elton John's music. However, he seemed to go out of his way to distance himself from Michael Jackson in his autobiography Me.

He described Michael as "a disturbing person" and "genuinely mentally ill."

Reading that book would not give you the impression that he tried to help Michael in the early 90s, and that he used to revere his talent. Elton's mention of Michael Jackson was so disappointing as it just seemed like he wanted to save himself and make himself look like he was more talented than Michael Jackson all along.

I am surprised that there is no thread about the rewriting of history that Elton engaged in regarding Michael Jackson.

Does anyone have any articles that show how Elton used to be more positive about Michael Jackson?

I did a search on Google and was dismayed to find that it is difficult to find proof that actually Elton John tried to help Michael go through rehab and he used to speak only positively about him as most people did prior to the allegations in 93.