EVERYTHING KNOWN ABOUT OFF THE WALL AND THRILLER OUTTAKES (1975-1983)

I decided to make another thread like this because songs from these eras aren't very talked about, enjoy.


A Baby Smiles/Baby Smiles/When A Baby Smiles:
Written in 1979, turned into a poem for Michael's book of poems Dancing The Dream.

"When dreamers dream and kiss their lover
And rainbows weave and splash their color
Those are moments so gloriously alive
We take the plunge, take the dive
Into the abyss
We are suspended awhile
Those are moments when babies smile

Kingdoms topple, lose their class
Civilizations crumble, ages pass
Turbulent tempests ravage the seas
Violent killings, despite our pleas
But dewdrops sparkle when children play
Tyrants cry, there's nothing to slay
Fairies dance and goblins sing
All are crowned, all are king
In the Garden
We frolic awhile
Those are moments when babies smile"
Click to expand...

Be Not Always:
Written in 1979 and recorded in 1984 for The Jacksons's Victory album.

Ease On Down The Road:
Originally written for the Broadway musical version of The Wiz, song was released on The Wiz Soundtrack and later re-released on The Ultimate Collection.

Godness Knows:
Written between 1976 and 1979 in Crystal Sound Studios.

Going To Rio:
Written in 1976 with Carole Bayer Sayer, was considered for Off The Wall, brazilian composer Antônio Carlos Jobim said song has brazilian music arrangements.

In The Life Of Chico:
Written in 1979, handwritten lyrics along with over 10.000 memorabilia were purchased in November 2006 by Universal Express.

Iowa:
Orchestral music recorded before Michael went to film The Wiz, Janet Jackson talked about the song in 1993:

"Michael has a song called Iowa, that he wrote - people will never hear that song... Just before he left to film The Wiz, he put all the songs he had written on to tape in the studio in our parents' house. Not one of them have been heard and those songs were songs to cry for. These are the things he has written for orchestras, that are classical music, like something by Bach or Beethoven..."
Click to expand...

Kentucky:
Written in the mid 70s.

She's Not A Girl:
Unknown.

Sunset Driver:
Written in 1978, it tells the story of a girl cruising Sunset Boulevard who is "much too fast", song was reworked in 1982 and released on The Ultimate Collection

Sweet Music:
Written between 1976 and 1979 in Crystal Sound Studios.

Susie/Little Susie:
Written and recorded in 1978 and eventually released on HIStory, vocals are described to be similar to the 1995 version but younger sounding.

Thank You For Life:
Written in 1976 and was considered for Off The Wall.

Who Is The Girl With Her Hair Down:
Unknown.

You Can't Win:
Originally written for the Broadway musical version of The Wiz, song was released on The Wiz Soundtrack and later re-released on The Ultimate Collection.

You Told Me Your Lovin':
Written in 1979, A version with Randy Jackson's vocals also exists but also remains unreleased.

You're Supposed To Keep Your Love For Me:
Written by Stevie Wonder and recorded by Jermaine Jackson in 1975, featuring Michael and Jackie Jackson on the backing vocals, original version with Michael remains unreleased.

You Not Me:
Part of the lyrics ended up in "This Had To Be" by The Johnson Brothers.

Behind The Mask:
Cover of Yellow Magic Orchestra's Behind The Mask, cut from Thriller due to creative disputes, was remixed in 2010 by John McClain and released on the MICHAEL album.

Note: Fan-made mixes using the instrumental of YMO's version are available online and they're claimed to sound similar to the original demo.
https://www.youtube.com/watch?v=gOFOalCHdb0

Buffallo Bill:
Made in 1983, song is inspired by Wild Bill Hickok, a poker player who was shot in the back and became a dime-novel hero. Has complete vocals but isn't musically complete.

Carousel/Circus Girl:
Written by Michael Sembello, a cut version of the song was released on the special edition of Thriller in 2001, full version was released on some versions of King Of Pop Collection.

Far Far Away:
Made with Carole Bayer Sager and David Foster.

Got The Hots:
Written by Rod Temperton, song was given to Siedah Garrett and reworked into "Baby's Got It Bad", Michael's version was later released on Thriller 25 in Japan. 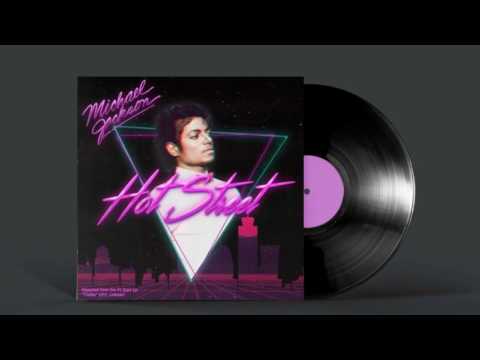 I Never Heard/This Is It (Paul Anka):
Made with Paul Anka, song was reworked by John McClain in 2009 and features backing vocals by The Jacksons
Note: A snippet of the demo was shown in an interview:
Learned My Lesson:
Unknown, may be a demo of Much Too Soon.

Mystery:
Written by Rod Temperton, song was turned down by Michael but was later released on Anita Baker's RAPTURE album.

Neverland Landing/Happy Song/I'm Peter Pan/Make A Wish:
4 songs made in 1983 for Steven Spielberg's Peter Pan musical, shelved because of scheduling conflicts, claimed to be complete.
Notes:
- For one of the songs Michael brought a 30-piece orchestra to the studio.
- Michael sings a snippet of one of the songs in an unauthorized interview at his family home:

Nite Line/Night Line:
Written by Glen Ballard in 1982, demo failed to appear in Thriller. Since the demo was rejected, it was passed on to the Pointer Sisters and they recorded their version on their album Break Out, Michael's version was leaked onto the internet. 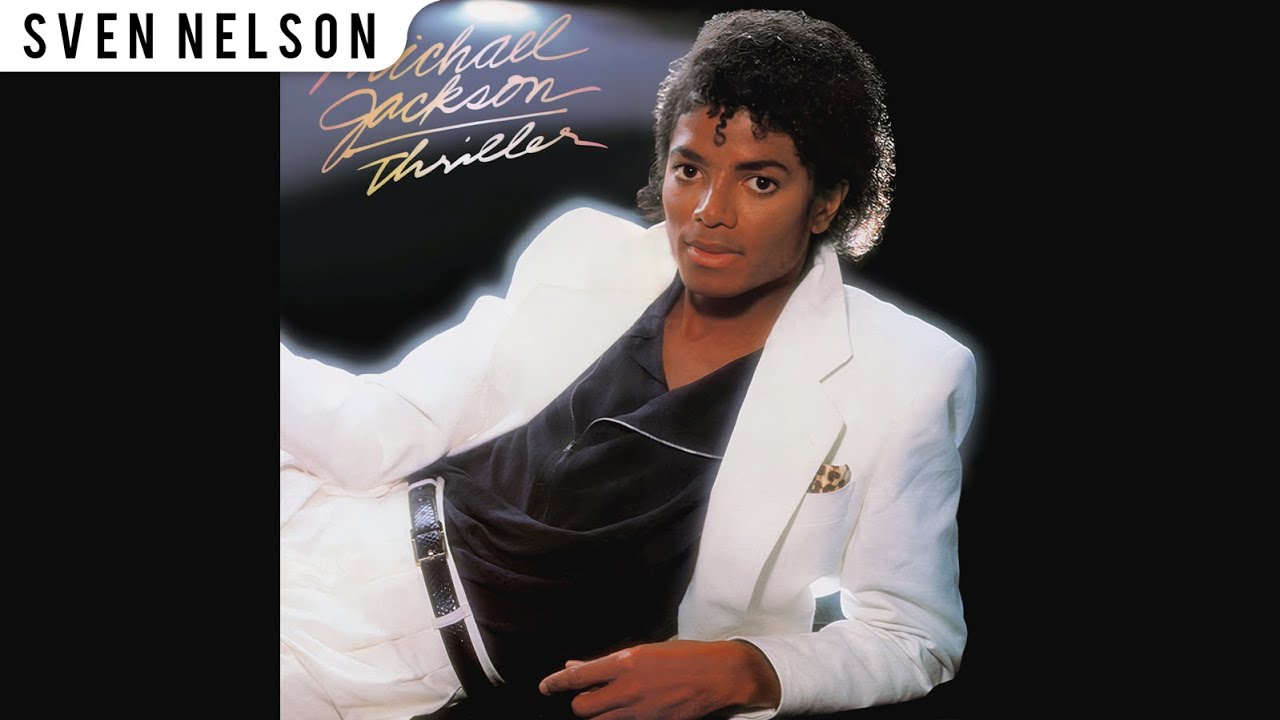 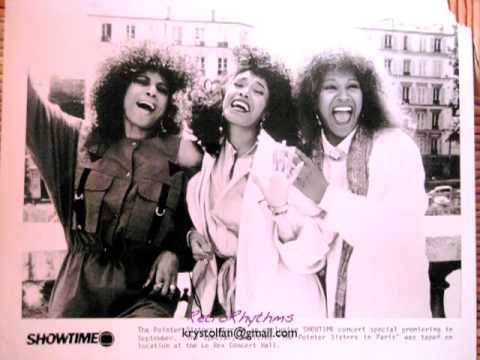 One (of many) of my favorite Pointer Sisters tracks, backed by a few stills and sleeves from my collection. This song appeared on early pressings of the 'Bre...

P.Y.T (Demo):
Demo version of P.Y.T written by Michael and Greg Phillinganes, changed into an uptempo track by Quincy Jones and James Ingram as Quincy thought Thriller already had too much ballads.

Rolling The Dice:
Written by Rod Temperton, a demo was recorded but was left out of Thriller as Michael didn't think it was good enough.

Saved By The Bell:
Written with Jermaine Jackson.

Slapstick:
Demo of Hot Street, based on comedy group The Three Stooges.

Slipped Away:
Made in 1980 with Marlon Jackson.

Someone In The Dark:
Song made for Steven Spielberg's film E.T: The Extra Terrestrial, song was released on The Ultimate Collection.

Starlight:
Demo of Thriller, reworked into Thriller as Rod Temperton felt it had more marketing potential.

State Of Shock:
Originally recorded as a duet between Freddie Mercury and Michael Jackson, didn't make it to Thriller but was considered for The Jacksons's Victory album. Due to scheduling conflicts Freddie couldn't finish the song so Michael called in Mick Jagger to replace him.

The Sky Is The Limit:
Written with Jermaine Jackson.

The Toy:
Made in 1981 for Richard Donner's movie The Toy, was scrapped because the Thriller sessions took place, later turned into Best Of Joy for Dangerous , re-recorded in october 2008 and released on the album MICHAEL.

Trouble/She's Trouble:
Written by Terry Britten (cowriter of "Just Good Friends"), both 1981 and 1982 takes were leaked onto the internet.

There Must Be More To Life Than This:
Song was originally recorded for Queen's Hot Space album, it was previously recorded as a duet between Freddie Mercury and Michael Jackson, song was released on Freddie's solo album Mr. Bad Guy but the duet was officially released in 2014.

Victory:
Duet between Freddie Mercury and Michael Jackson made in 1983, it's reported that Queen's guitarist Brian May and drummer Roger Taylor recorded backing vocals in 2002 for a box-set release, but due to copyright issues the song couldn't be released.

When You Wish Upon A Star:
Song Michael performed as part of a medley, with Ease On Down The Road and Follow The Yellow Brick Road, on the Kraft Salutes Disneyland's 25th anniversary show in 1980, song remains unreleased. 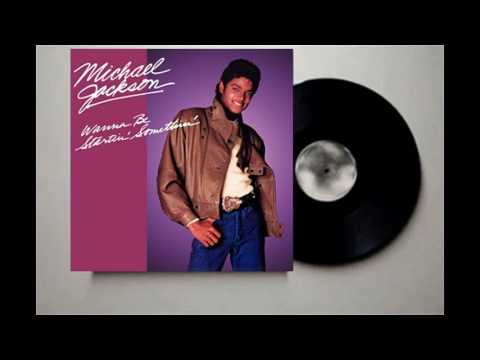 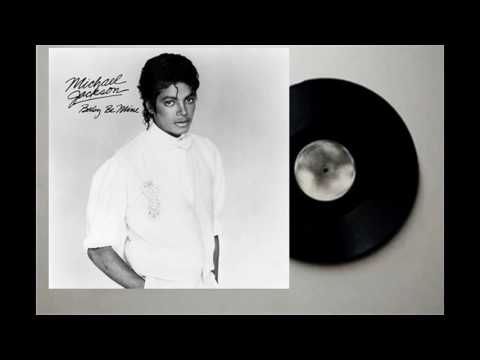 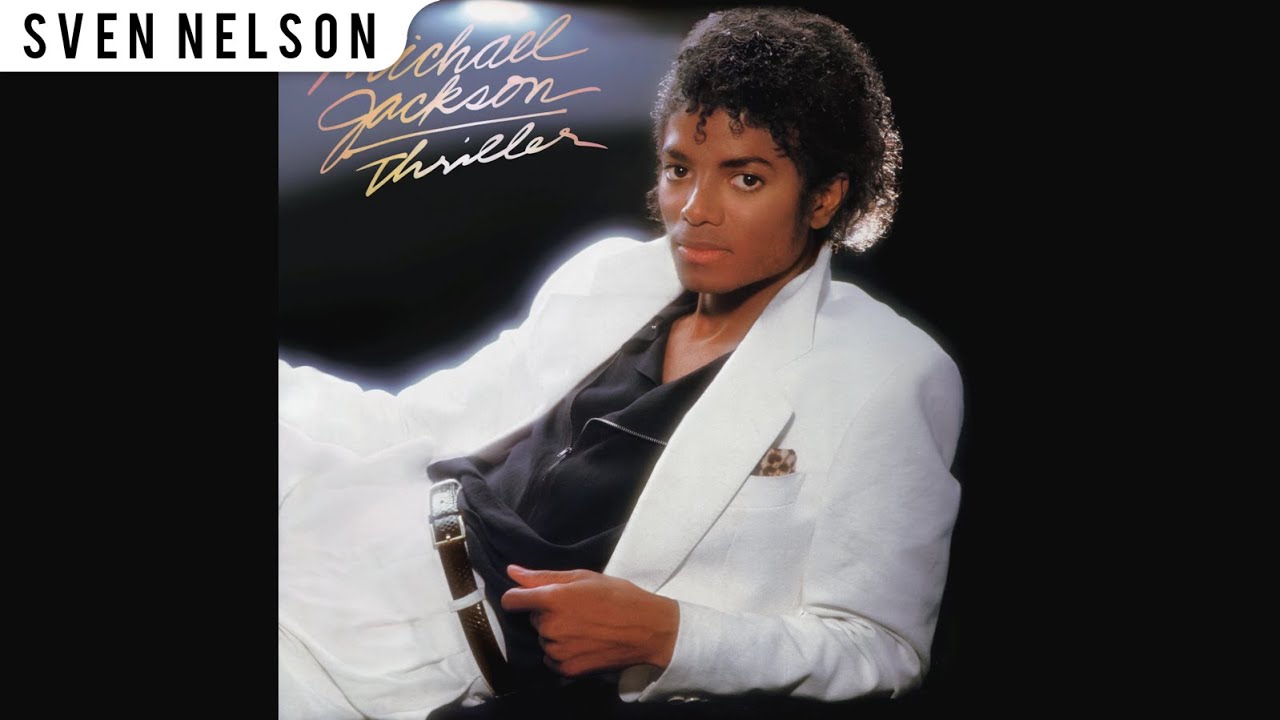 https://www.youtube.com/watch?v=HhuSbS0-s2s (The Lady In My Life Extended cut)

Sources: Man In The Music, For The Record, Damien Shields, U.S Copyright Office and mega thread on mjhideout.


Any addition/correction is appreciated.
Last edited: May 17, 2022

“Because I'm recording with a llama. Michael's bringing his pet llama into the studio every day and I'm really not used to it and I've had enough and I want to get out.”
Click to expand...

Lol, that's just tabloid gossip though, they had no bad blood between them. Their duets were never finished because of scheduling issues.

"""Carousel/Circus Girl:
Written by Michael Sembello, a cut version of the song was released on the special edition of Thriller in 2001."""

We have the complete song released on a few King Of Pop compilations around the world.

Which includes that drum intro?

I found an 18s snippet of this. Is that all there is? Just checking. If there is a longer version out there I'd love to hear it. That little bit was fabulous. I love Carole Bayer Sager and I think she and Michael were a great songwriting team.

I found an 18s snippet of this. Is that all there is? Just checking. If there is a longer version out there I'd love to hear it. That little bit was fabulous. I love Carole Bayer Sager and I think she and Michael were a great songwriting team.
Click to expand...

The snippet is fake, the song hasn't been leaked.

AChanceToDance said:
The snippet is fake, the song hasn't been leaked.
Click to expand...

Dang it! I really enjoyed listening to that.

God, that's a shame. I love Carole Bayer Sager, I'd love to hear this for real. OTOH, I'm pleased just to know about another song that Michael and Carole worked on together. So there's that.

Thread has been updated with more songs and links to coincide with Thriller 40's announcement.
K

Got the Hots wasn't written by MJ but by Rod Temperton, I think?
K

Wow I didn't know a second version of She's Trouble had leaked. This would be perfect for Thriller 40.

kreen said:
Got the Hots wasn't written by MJ but by Rod Temperton, I think?
Click to expand...

It was written by MJ and produced by Rod and Quincy, it was cut because they didn't think it was good enough for the album.
K

AChanceToDance said:
It was written by MJ and produced by Rod and Quincy, it was cut because they didn't think it was good enough for the album.
Click to expand...

But the version on Siedah's album is credited to Rod Temperton and Siedah herself (for the news lyrics, I guess?).

AChanceToDance said:
It was written by MJ and produced by Rod and Quincy, it was cut because they didn't think it was good enough for the album.
Click to expand...

Nope. It is a Temperton song. On japanese T25 as well as several KOP editions the song was mistakenly credited to Q&MJ. 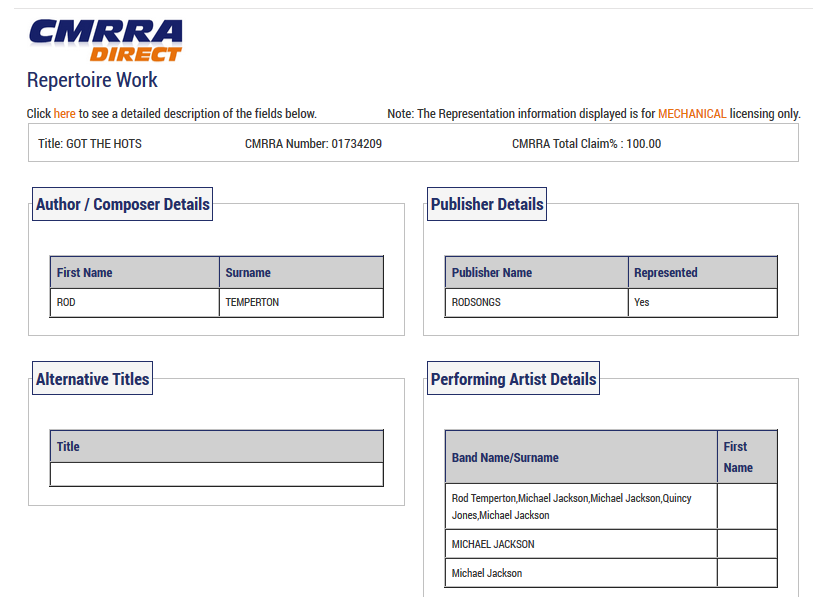 Fuzball said:
Nope. It is a Temperton song. On japanese T25 as well as several KOP editions the song was mistakenly credited to Q&MJ.