I saw his name mentioned here and there.
I believed the hype.
I bought the album.
I'm happy with the album itself
and
excited about the fact that I can bump one of the most recent albums by a 20-something rapper.
I wasn't checking for majority of the mainstream hiphop for a while.
Now I have this brand-new feeling all over again with this one album.

if you've heard at least one song off the album and like it, this thread is for you
C

Who else loooooves that the version featuring Lady Gaga didn't make it to the final list?!
It's not that I think the version is horrible or anything.
The album woulda gotten pushed back for the version to be there, but he didn't want that.
I can respect that. I think there's a lot more to that story and if it was a conscious decision to keep the album more personal, more kudos to him:flowers:
This right here is how you know he's not new to the game and know better than to depend on so-and-so for a hit or two or mass appeal.

Since you're from the Bay, can I ask you something?
I'm sure you'd be the right one to ask, if you were born&raised there AND love the local music scene...Do you hear any Bay Area influence on certain tracks?
Kendrick grew up on the West Coast hiphop early on. He musta heard it from the womb.
So, I know it's a huge part of his musical DNA.

Lately I've been hearing about this cat and his music. I found myself bobbin my head
to him on the radio one day. I'll have to check out the rest of his album. See whats up....

Yesss! It's all about telling stories and inviting listeners to get to know him.
Having some pop appeal is a bonus. (Swimming Pools, B**** Don't Kill My Vibe, etc.) I can easily see a person having fun with a song or two, if not the entire album and that person is not a (hardcore) hiphop head.


Silouette said:
Lately I've been hearing about this cat and his music. I found myself bobbin my head
to him on the radio one day. I'll have to check out the rest of his album. See whats up....

Do you remember the song title? Probably Swimming Pools?
If you've never heard the title,,,*The song talks about heavy drinking* Does it ring a bell?

Poetic Justice video is out!
The song probably has the most light-hearted feel to it out of the entire album, but it goes deeper than your average "A boy meets girl, they fall in love, they f***ed, they grow apart" story.
Not your run-of-the-mill love story video. Got some rich narrative and a touch of art film in there. Kendrick is all about presenting Hiphop as an art form and it shows.

Here's a new song with Maroon 5 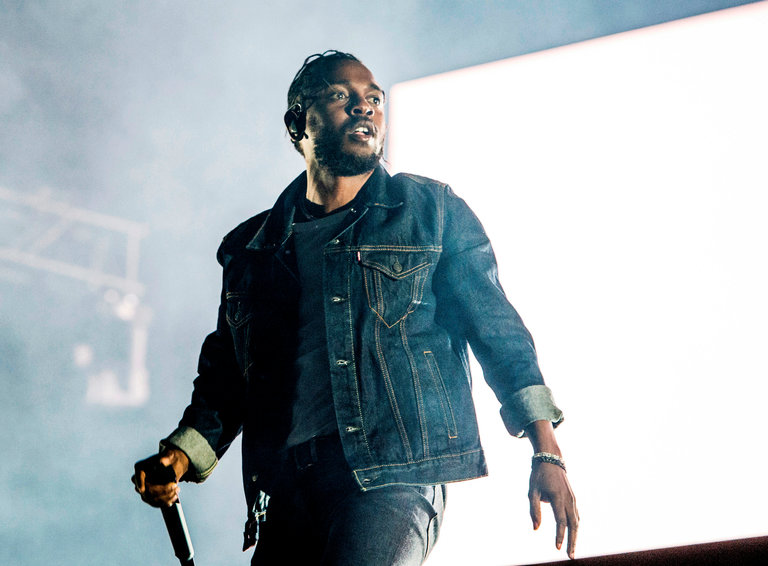 In late January, the Compton, Calif., rapper Kendrick Lamar lost the Grammy Award for album of the year to Bruno Mars. “DAMN.,” Mr. Lamar’s fourth LP, was his third straight to be nominated but ultimately fall short of the trophy, considered by most to be the top prize in popular music.

But perhaps not anymore.


On Monday, Mr. Lamar’s “DAMN.” took home an even more elusive honor, one that may never have even seemed within reach: the Pulitzer Prize for music. Mr. Lamar is not only the first rapper to win the award since the Pulitzers expanded to music in 1943, but he is also the first winner who is not a classical or jazz musician.


“The time was right,” Dana Canedy, the administrator of the prizes, said in an interview after the winners were announced. “We are very proud of this selection. It means that the jury and the board judging system worked as it’s supposed to — the best work was awarded a Pulitzer Prize.”

Mr. Lamar was not immediately available to comment on his win. But Terrence Henderson, the record executive known as Punch from Mr. Lamar’s label, Top Dawg Entertainment, acknowledged the achievement on Twitter, writing that from now on, no one should “speak with anything less than respect in your mouth for Kendrick Lamar.”

Ms. Canedy said the board’s decision to award Mr. Lamar, 30, was unanimous. The board called the album “a virtuosic song collection unified by its vernacular authenticity and rhythmic dynamism that offers affecting vignettes capturing the complexity of modern African-American life.”


“DAMN.,” which featured Rihanna and U2, along with kinetic production from Sounwave and Mike WiLL Made-It, among others, topped the charts and was among last year’s most-streamed albums, while also tackling thorny issues both personal and political, including race, faith and the burdens of commercial success. Though his work is often serious — and searing — Mr. Lamar, a dense and bruising lyricist, has managed to become a pop-cultural juggernaut as well, performing during halftime of this year’s college football national championship and overseeing the soundtrack for “Black Panther.”

The music finalists, selected by a five-person jury and then presented to the board for a winner selection, also included the composer Michael Gilbertson’s “Quartet” and the singer and composer Ted Hearne’s “Sound From the Bench.”


David Hajdu, one of the music jurors this year and a critic for The Nation, said that the group considered more than 100 compositions, including “some pieces of classical music that drew upon hip-hop as a resource,” leading to a philosophical discussion among the jurors about what could be considered.


“That led us to put on the table the fact that this sphere of work” — rap music — “has value on its own terms and not just as a resource for use in a field that is more broadly recognized by the institutional establishment as serious or legitimate,” he said.

When someone mentioned Mr. Lamar’s “DAMN.,” there was “quite a lot of enthusiasm for it,” Mr. Hajdu said, though some members of the jury were less familiar with hip-hop than others. (The jury also included the violinist Regina Carter; Paul Cremo of the Met Opera commissioning program; Farah Jasmine Griffin, a Columbia professor of English and African-American studies; and the composer David Lang.)


“But we listened to it and there was zero dissent,” Mr. Hajdu said. “A lively and constructive conversation, but no dissent.”
He added: “It was a beautiful moment. I left the deliberations on a cloud.”


The news of the prize sent a jolt through the classical music world, where living composers often struggle to be heard — competing not only against those who work in more popular genres, but also the long-dead greats who make up the classical canon. Some pooh-poohed Mr. Lamar’s win — one classical composer called it “insulting” on his Facebook page — but many others embraced it.


Caroline Shaw, a frequent collaborator of Kanye West’s whose “Partita for 8 Voices” won the Pulitzer in 2013, posted a YouTube video of Mr. Lamar on her Twitter feed with one word: “Yes.”

Mr. Hearne, whose cantata “Sound From the Bench” was a finalist, praised the decision to award the Pulitzer to Mr. Lamar, calling him “one of the greatest living American composers, for sure.”

It was not until 1997 that the Pulitzer Prize for music went even to a jazz work: Wynton Marsalis’s oratorio “Blood on the Fields.” In 1965, the Pulitzer jurors recommended awarding a special citation to Duke Ellington, but were rejected.


Mr. Hajdu, the juror, said that in recent years, those behind the Pulitzers have sought to “assertively think and listen more expansively, with more open ears,” pointing to wins in the music category by the experimental jazz musicians Ornette Coleman in 2007 and Henry Threadgill in 2016. Other popular musicians have been recognized by the Pulitzers with special awards for their influence, including Bob Dylan, who also won a Nobel Prize in Literature; Lin-Manuel Miranda’s hip-hop musical “Hamilton” won in the Pulitzer drama category two years ago.


And while “DAMN.” has sold more than 3.5 million albums, including digital streams, since its release, according to Nielsen, “There was no talk about recognizing something that was already popular,” Mr. Hajdu said. “Just: ‘Listen to this — this is brilliant.’ This is the best piece of music.”

Wow, I've heard a lot ABOUT him but don't know his music. I'm not much into HIP-HOP but now I'm curious ...

I guess the Nobel Prize given to Bob Dylan might have paved the way for other high prestige / conservative awards opening up to contemporary music besides jazz. And rightly so!