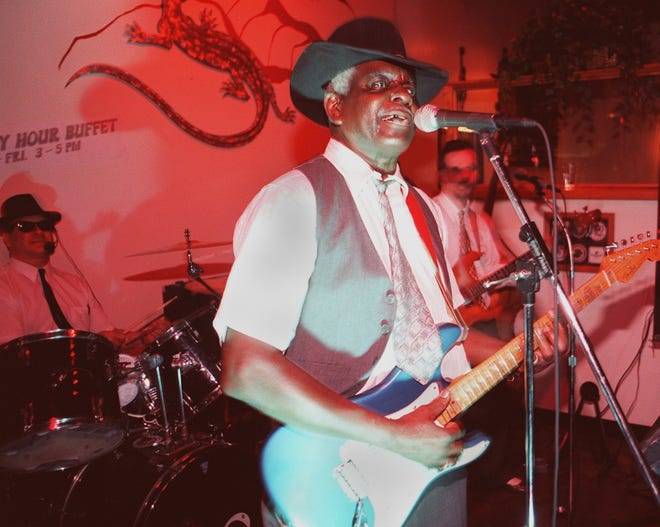 Bob Corritore remembers Luther Jackson as a "solid old-school blues guy" Â— nothing fancy but blessed with a "naturally wonderful" blues voice and a winning personality.

"I don't think he was out to change the world," says Corritore, who owns the Rhythm Room and hosts a long-running blues show on KJZZ-FM. "But it sure was a nicer place with Luther in it."

A longtime fixture of the local blues scene, Jackson died of pneumonia on Sunday, Aug. 1, in the Phoenix apartment he shared with wife, Angie Jackson.

"He had COVID and after they treated that, he had pneumonia real bad," Angie says.

"He had the kind of pneumonia that could take you right up out of here. And it did. The doctors said there wasn't nothing they could do. They took a piece of my heart when they took my husband. IÂ’m trying to calm down a bit but IÂ’ve been crying every day."

She isn't sure when Jackson moved to Phoenix.

"You know, I never asked him when he moved here," she says with a laugh.

But Corritore says he heard it was the '70s and that sounds plausible to Angie.

Life with Luther's nephews, the Jackson 5

Luther Jackson moved to Phoenix to be near his parents after spending 25 years as a steelworker in Gary, Indiana. In Gary, he briefly had a blues band called the Falcons with his older brother, Joe.

His brother's kids would watch the Falcons play and Jackson ended up teaching two of them, Jermaine and Tito Jackson, to play guitar.

Those nephews would, of course, go on to dominate the pop charts as the Jackson 5. They topped the Billboard Hot 100 with their first four hits in 1970 while introducing the world to the artistry of Michael Jackson.

In a 1993 interview with The Arizona Republic, Luther Jackson said, ''When Michael and all them was just bitty babies, I used to change their diapers.''

Tito Jackson joined his uncle's band on stage in 1994, sitting in on lead guitar at a House of Blues gig in Los Angeles.

Seven years later, he showed up at the Rhythm Room to get on stage and help his uncle celebrate the release of "Welcome: Live At the Hon-Dah Casino," an album by the elder Jackson's Phoenix-based Loose Cannons Blues Band.

Angie says, "When Tito came and did the show with him in Phoenix, oh my God, I broke down. I thought that was just the sweetest thing. That's his favorite uncle. Whenever Tito comes down here, he's coming to find his uncle Luther."

In a recent interview with American Blues Scene promoting his blues album "Under Your Spell," Tito Jackson talked about the impact Uncle Luther had on his formative years.

"My dad and uncle would get together and play blues every weekend," Tito recalled. "Plus, by us hearing that music and learning it, we also performed it in our shows."

Luther was proud of his nephews and enjoyed the time they spent together as a family, including a visit in 2003 to Neverland, Michael's California ranch.

"They showed us the best time," Angie says.

"We had a ball. And they were all there. Janet, Rebbie, Toya, all the boys. And Luther's sons. Michael had this big stage and they got on stage and tore it up. They went up there and played their butts off. That was something I'll never forget. The time of my life."

As a bluesman, Luther never had the type of fame or fortune his nephews enjoyed.

But as Corritore sees it, "Luther seemed okay with it. He was just Luther Jackson. And that was enough."

Angie Jackson met her future husband in a little corner shop on 22nd Street and Broadway. A mutual friend had been doing her best to set them up when Angie, who was living with her grandma at the time, noticed a stranger approaching.

Angie laughs a hearty laugh as she does often when she shares a memory of their life together.

"He asked me two weeks later would I marry him," she says.

They stayed together until the end.

"He was a rolling stone," Angie says with a laugh.

When they met, Angie didn't know he played guitar.

"And I was blown away. I was sitting there watching him and I had tears in my eyes. After we got married, I was so proud of him. That's from my heart."

She says she kind of pushed him into not taking his talent for granted and getting out there where people could hear how good he was.

"I said 'You have a gift. Use that gift God gave you.' Oh, I had to do some talking but I got him to play."

Once he started playing out, though, Angie says, "He really loved it. He was playing every weekend back to back to back. Sometimes a club would want him back to play for months. But he liked to move around. He's a people's person."

Corritore refers to Jackson as "a fallen hero" of the local blues community.

"I really enjoyed him," he says. "He was just a cool blues guy who played it simple and right, no frills. He played what he played and he did it well. I really canÂ’t speak highly enough about him. ItÂ’s sad that he will no longer be with us."

Angie says her husband was "the sweetest man you'd ever want to meet" Â— very loving and caring, a person who "never met any strangers."

The response she's gotten from friends and fans in the blues scene has been "overwhelming," Angie says.

"I can't tell you how many calls I've gotten since he passed. They tell me, 'You had a good husband. He was really nice to everybody.' I tell them 'Thank you but I know that.'"

Then, of course, she laughs.

Luther Jackson retired from music at 80.

"I didn't want him to retire," Angie says.

"Because it gave him something to do. I didn't want him to sit at home and get bored."

Three or four years ago he asked her if she thought she would remarry when he wasn't in the picture.

"I said, 'Luther, that's one thing you don't have to worry about. I would never remarry. Nobody can replace you.' And I'm keeping that promise. I would never ever meet a man that treat me the way he did. And I'm not looking."

The last time Angie heard her husband play or sing was on their patio about two months ago when friends encouraged him to get out his guitar.

"He picked a couple tunes and that was it," she says. "He never picked it up again. I wanted him to but he said 'I have to be in the mood, baby. I gotta be in the mood.'"

His health had been declining ever since.

"When he stopped talking and reaching for my hand, I knew it wouldn't be long," Angie says. "I thought he would live to be his dad's age. His dad was 103. There's longevity in their family. But he didn't make it. That pneumonia took him out."

"And when Luther's voice came on, Oh God, I had to go out the room," Angie says. "I said 'This is too much for me.' But Luther would be so proud to know that people are remembering him." 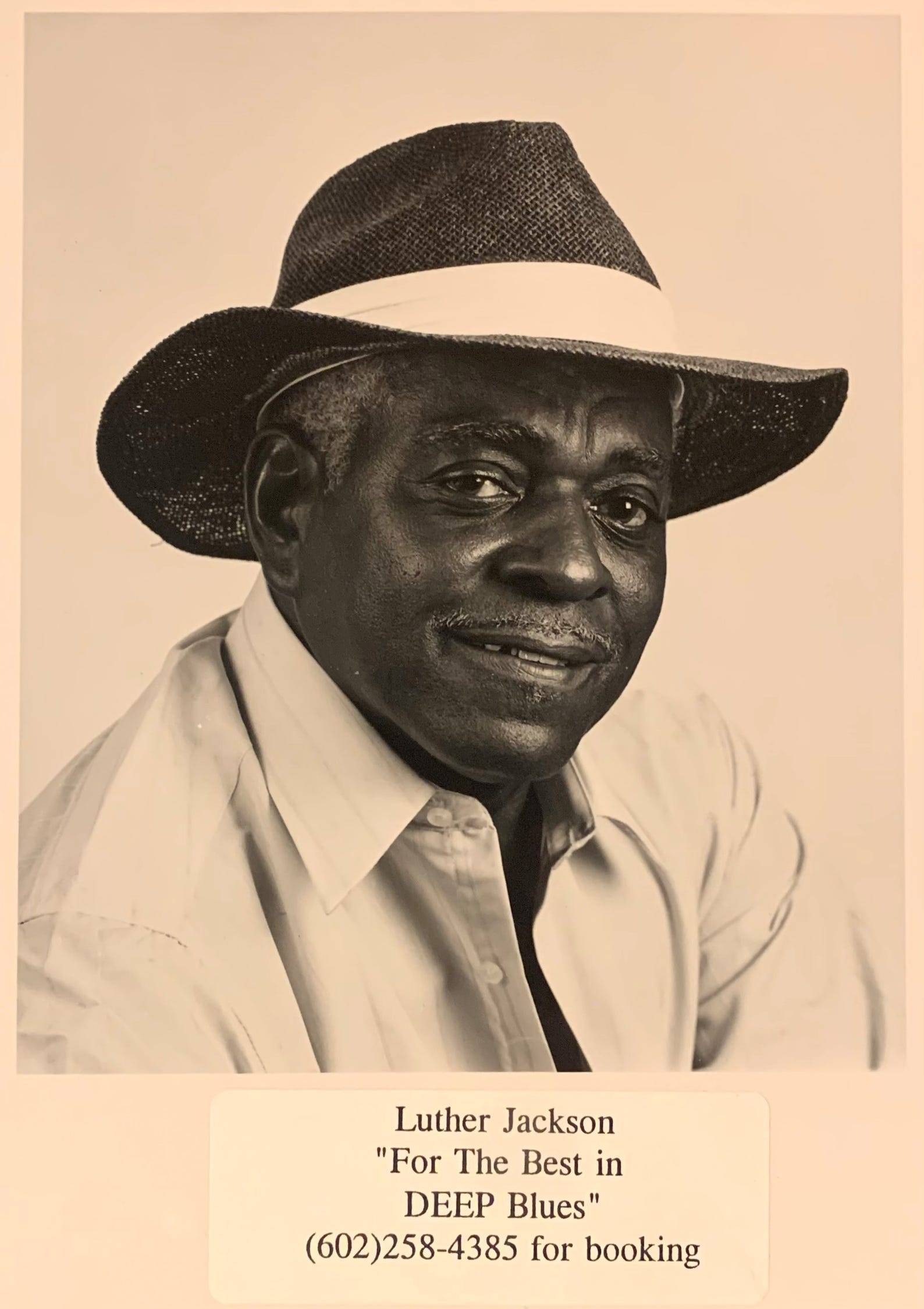