Michael in the Motownera Thread

We are are close to celebrate the 50th Anniversary of "The Jackson 5" and the beginning of what became the greatest artist which the world maybe will have ever known!

So I thought it would be a great idea to go back and give the longest and prdouctivest era (when it comes to released songs) in Michael Jacksons life an new extra thread to talk about it.
For me it is nessesary cause this is the most fragile part of his history which has to fear to be forgotten mainly in the next decades and centurys!

People and fans for me make the big mistake to always compare MJs work here with adult artists and his future work where he had much more influence on.
But I think it is much more fun and enjoyment to listen to all this many songs and watch the performaces without comparing.
When you want to compare MJ in this era with anything than it is only fair for me to compare him with artists in the same age as he was back then.
When I do this I realize he and his "output" in every age in the motownera was also better and more unique then everything and everyone else I know!
It deserves much more hunor, appreciation and awards which did not exist during this time.

I am a big fan of the Motownera and love to listen to the most of the maaaany songs!
They get me always in a very good mood. Often much more then his work after "Off the Wall."
When I had to discribe it in one world it would be: FUN or ENTERTAINING! 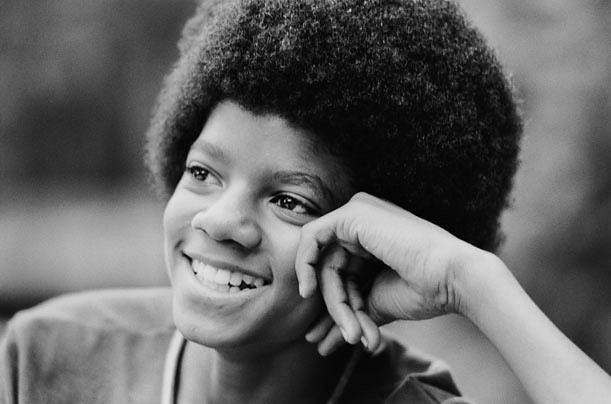 Never Can Say Goodbye, Got To Be There, I Don't Know Why, Just A Little Bit Of You Everyday, Dancing Machine, ABC, Too Late Too Change The Time, I'm Glad It Rained, Music And Me, With A Child's Heart and the list goes on and on. So Many classics. I love the Motown era, this is where the magic truly begun!
M

You know what i like about motown songs? They possess the kind of rythem that reaches deep and speaks to you.

October 7 marks the 50th anniversary of the release of the Jackson 5’s debut single “I Want You Back” on Motown Records. “I Want You Back” introduced the world to the Jackson 5, “and specifically their enormously talented lead singer Michael Jackson,” says Jack Hamilton, assistant professor of American studies and media studies at the University of Virginia and pop critic for Slate magazine.

“I Want You Back” was written by the Corporation, a songwriting team including Deke Richards, Freddie Perren, Alphonso Mizell and Motown founder Berry Gordy. And even though the Jacksons were qualified musicians, Motown hired highly skilled studio musicians to record the song’s instrumental track, including the Jazz Crusaders’ Joe Sample and Wilton Felder.

“This jewel was cut before the Jacksons got into the studio,” writer David Ritz says. “The Jacksons of course had to put the gleam on the jewel, but it is very much a producer-driven vehicle.”

While the songwriting and instrumentation remain of the highest quality, the most attention-grabbing element of the recording is the bright rambunctious voice of a young Michael Jackson singing the lead. “Michael Jackson’s voice, for one, is pure, it’s pristine and it’s clear,” says Melissa A. Weber a.k.a. WWOZ’s DJ Soul Sister. But, “as bright as his vocal is, the lyric is a bit dark.”

The lyrics detail the story of a male narrator who disregarded his lover and is now begging to have her back. “You’ve never heard a vocal quite like this before from a prepubescent child,” Hamilton says. “He really conveys this sense of desperation ... and all these things that you would not normally expect for an 11-year-old to be able to get across so effectively.”

“I Want You Back” also marks the beginning of Motown’s operational transition from Detroit to Los Angeles. The Jackson 5 were one of the first Motown groups who recorded almost all their material in Los Angeles. “It really marked the end of the classic Detroit-era of Motown,” Hamilton says.

“Not only did [“I Want You Back”] take off,” Ritz says, “it was like a rocket ship.” “I Want You Back” went to number one on the pop charts, as did the next three Jackson 5 single releases. “There was Jacksonmania back then, way before Michael struck out on his own as a solo star,” says Adam White, author of “Motown: The Sound of Young America.”

Jackson’s alleged molestation of young boys, depicted pretty convincingly in the recent HBO documentary, “Leaving Neverland,” has led some people to stop listening to his songs altogether. But some of those same fans give “I Want You Back” and other early Jackson 5 recordings a pass, since Michael Jackson was himself a child when he recorded them.

“I feel some discomfort listening to some of Michael Jackson’s music — particularly some of the music he made when he was older and more firmly in adulthood,” Hamilton says. “I don’t really have a problem listening to a song like ‘I Want You Back,’ partly because I love it so much but also because it’s probably one of the least complicated artifacts in Michael Jackson’s catalog.”

The most songs Michael sang in the Motownera were very light not very deep lovesongs!

But there were 17 exceptions, which were early serious and Humanitarian songs I like to remind you on or introduce to you, when you didn't know all of them:

I would maybe add to this list: You've got a friend...

You can find and listen to all of them at the beginning of this playlist:

Not very educated people who say that MJ came up with those type of songs after Thriller are not right!
In fact they were part of him and his musical identety since day one!