Updated worldwide sales figures for MJ during 2009 (sales up to Dec 6th);

There are some MJ solo album sales missing from these figures (BOTD, 18 Greatest Hits, Ben, etc.), where I have not been able to gather enough information, but these will only be a small percentage in comparision to the overall total.

A lot of the abve figures will be based on sales in the 'Major' countries (US, UK, Ger, Japan, France, Canada, Netherlands, etc.) with an additional 10% 'average' added for missing countries. This very often underestimates MJ's sales - as he sales well above the 'average' in most foreign territories - so the above figures can be taken as 'minimum' totals.

Some crappy news in the Australian charts. This Is It has dropped 11 places this week to number 22. It was in the top 11 for its first 10 weeks in the charts which is awesome. The album has been certified platinum which means its sold over 70,000.

His DVD's are doing amazing as always. Number One's is still number 9. It's been in the charts for 183 weeks. It's 19 times platinum. While Bucharest is at number 14. 10 times platinum. All his DVD's have hit platinum in Australia.

The Ultimate Collection has now sold more than 90.000 (3x platinum) copies in Denmark.


MJ surely most be the best selling artist in DK this year!

Michael Jackson The Collection was the best selling album in Denmark 2009 !!!! more than 90.000 copies sold.

Michael Jackson The Essentials was the 70th best selling album in Denmark 2009.

In addition to this never before achieved feat, Jackson also scored a #1 hit at the Box Office around the world including the US, UK, Japan, Australia, and Canada. Approximately $260 million was earned at the theaters through This Is It, making it the highest grossing documentary ever.

Already in 2010, Jackson has sold over 1 million albums globally; 400,000 of that in the US. His THIS IS IT movie has been released to DVD and Blu-Ray and surged to #1 in both the US, Canada, and Japan. TII will be released in Australia & New Zealand on March 3rd. It comes to Denmark, Italy, & Spain on Feb 23rd, Germany on the 25th of Feb. France will get it on March 1st, while the UK will see it on shelves on the 22nd of Feb.

Long time since I posted here.

This is It is the only album still in the charts in Sweden and have been certified GOLD.
It holds the #35 spot at the moment.

DVD
#1 Live in Bucharest
#2 Number Ones

No information about TII DVD since it will go on sale today !

This Is It Enters at #1 first week. (I don't think Blu-Ray sales are included ONLY DVD I think)

I bow to the King.

We need the stats for today's sales. While not exactly scientific research, I reviewed iTunes top 100 pop albums today around 2 pm and Michael had 8 albums on the Top 100 chart, with Essential in spot #5. Would be interesting to see the stats.

I tracked down the IFPIs official report for 2009.
It includes a detailed breakdown for the different music markets as well as providing worldwide data.

Here is the link:

"Susan Boyle’s debut I Dreamed A Dream was the best selling
album of 2009, reaching sales of 8.3 million units globally."

"Michael Jackson was the best selling artist of the year with 22.9
million units sold across eight albums reaching the global top 50.
6% of the sales were in digital format."


Source: IFPI. Award level refers to million units sold, cumulative, across Europe since the launch of the awards in
1996. 2009 entry refers to first IFPI Plati
M

thank you for that. appreciate that.

Thought to update this thread

Hey why no update?

As the Billboard 200 chart demonstrates, Michael Jackson's Number Ones album is at #122 on the chart. The album contains all of Jackson's top hits, and includes such fan favorites as "Billy Jean," Thriller," "Smooth Criminal," and many others. Jackson's current single, "Hollywood Tonight" was recently at #1 on the Billboard Dance chart, and fans around the world continue to purchase and listen to Jackson's music because it resonates with so many people.

While the King of Pop passed June 25, 2009, his legacy lives on. Here is a look at the astounding dominance that Jackson exhibited on Billboard surveys.

WANNA BE STARTIN' SOMETHIN': Jackson was on his way to chart royalty right from the debut of the Jackson 5's "I Want You Back" on the Billboard Hot 100 dated Nov. 15, 1969, when Jackson was 11 years old.

The act would become the first to send its first four entries to the Hot 100's summit:

The Jackson 5 remains the only group to start so strongly. Since the act's launch, only Mariah Carey - who in 1992 reigned with her cover of the Jackson 5's "I'll Be There" - matched (and bested) the feat, when her first five singles topped the Hot 100 in 1990-91.

THRILLER: Jackson stands as the male artist with the most No. 1s in the history of the Billboard Hot 100. How synonymous have Jackson and the Hot 100 been? They were linked practically from the start. The first Hot 100 was dated Aug. 4, 1958. Jackson was born 25 days later.

Among all artists, only the Beatles (20 No. 1s) and Carey (18) have notched more leaders than Jackson. Below is a look at the male artists with the most Hot 100 No. 1s:

Jackson's last leader to date became the first song ever to enter the Hot 100 at No. 1. The R. Kelly-written and co-produced "You Are Not Alone" bowed at the summit Sept. 2, 1995.

Here is a recap of the albums to lead the Billboard 200 the longest:

JUST CAN'T STOP LOVIN' YOU: "Thriller" also became the first album to send seven songs into the Hot 100's top 10. Here are their peak positions and dates on the Hot 100:

Only two other artists have subsequently accomplished the feat. Bruce Springsteen's "Born in the U.S.A." produced seven top 10s in 1984-86, as did Janet Jackson's "Rhythm Nation 1814" in 1989-91. (She would've likely had an eighth, as "State of the World" reached No. 5 on Hot 100 Airplay in April 1991. Because it was not a commercially-available single, however, it was not allowed to appear on the Hot 100, per chart rules at the time).

Michael Jackson narrowly missed repeating tallying seven top 10s from an album with "Bad," the follow-up to "Thriller." Six of the set's seven singles reached the top 10; sixth single "Another Part of Me" peaked at No. 11.

Jackson stood alone with his fivefold record until two weeks ago, when Katy Perry's "Last Friday Night (T.G.I.F.)" became the fifth Hot 100 leader from "Teenage Dream." Still, Jackson is the only male artist to manage the achievement.

ROCK WITH YOU: In addition to his command of the Billboard Hot 100 (48 total entries), R&B/Hip-Hop Songs, Adult Contemporary and Dance/Club Play Songs, Jackson even crossed three songs over to Billboard's Album Rock chart at the height of "Thriller" hysteria.

ONE MORE CHANCE: Even in 2011, Jackson has continued to set Billboard chart records.

Guys, no updates for album sales for 2011???
Where is SmoothCriminal? 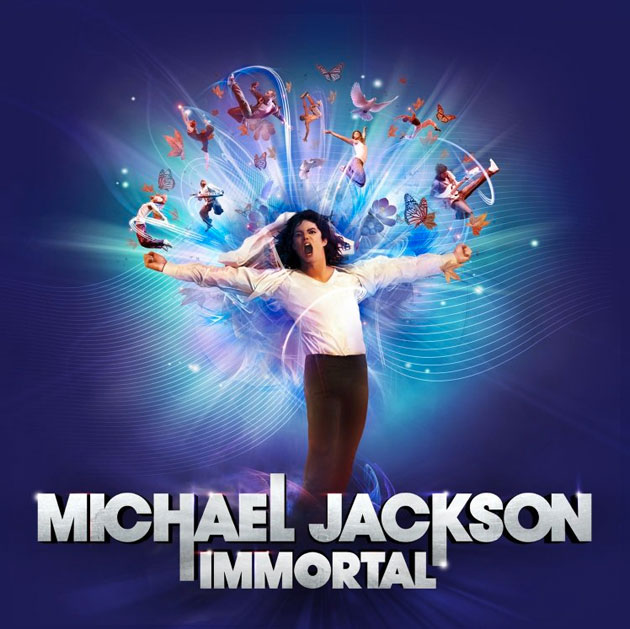 I would have been puzzled if that remix "best of" under the alias "Cirque du Soleil" charted higher. As expected it's a flop...
A