Nothing good, just the music. Too poor animation.

I didn’t follow all of it. I will watch it on DVR. From what I saw good job by the estate. Good positive message.
T

It was great! I only saw half of it since I was out, but what I saw was very cute. MJ was all over it.
M

Guys this was awesome the message was beautiful follow your dream the Estate did a beautiful job those little clips did the job because their save the best for last.i cry just hearing Michael i felt like he was still here.

Well done to the Estate. I gave the show a solid A.

Hey I loved it. Would love to see it again.

xscape guy 2003 said:
I just checked on cbs schedule. Is it only on for 30 minutes?? Thought it was supposed to be longer than an hour
Click to expand...

I thought it was alright. Flawed, but cute and fun. Could see this being a cult Halloween classic and something people can enjoy each year.

What I liked:
- The dance sequences were very well done and the mixes of the songs were great. That Torture mix... :kickass:
- Animation wasn't that bad
- Voice acting was actually well done.
- While the message is cliched, it's still appreciated, especially in today's world.
- Some of the dialog was pretty funny ("How do you de-rail a boat?")
- Thank God they used actual archival audio of Michael talking and not some shit impersonator (aside from the scene where he places the delivery order... although I'm going to assume that the "Michael" in this special was impersonating someone else when placing the order so he wouldn't give himself away, hence the voice he had in that scene).

What I didn't like:
- This may be a weird criticism, but I felt that Michael's music was kinda overplayed. I can understand it being there for the dance sequences because, well, those were dance sequences. But for scenes where the characters were just talking there was a song of his playing in the background when there probably shouldn't have been one. Many scenes probably would've been better with different or even no BG music. Was nice to hear some instrumentals, though.
- "Conformity"... that's really the best name they could come up with for the villain? -_-
- The dog urinating on a bad guy... oy... It didn't really offend me, but at the same time I didn't think that kind of humor fit with the rest of the special.
E

I would have named the villain Evil Diana or something
T

Just finished watching! I thought it was adorable! No, it's not Pixar type animation, but it's not a Pixar budget! I think it will bring a lot of interest to MJ and his music to a new generation. Loved the Torture sequence!! There were a few corny bits, but still cute and very fun. I say well done!!

englishhooligan said:
I would have named the villain Evil Diana or something
Click to expand...

I liked it, although I thought the storyline moved a bit too fast and the way the commercials cut in so quickly was annoying. I like the way they animated Michael and the way he conquered Conformity reminded me of Captain Eo. Overall I thought it was good and a fun show. I think my favourite bit beside MJ of course, was the Pumpkin scene.

I like the idea of using animation for MJ and I would like to see something done on a more adult level. They could use his music to dig more deeply into the ideas they were going for in this one.

The moral of the story is not too conform and become an unfeeling zombie, who will eat your brains, instead! (laughing like Vincent Price!) 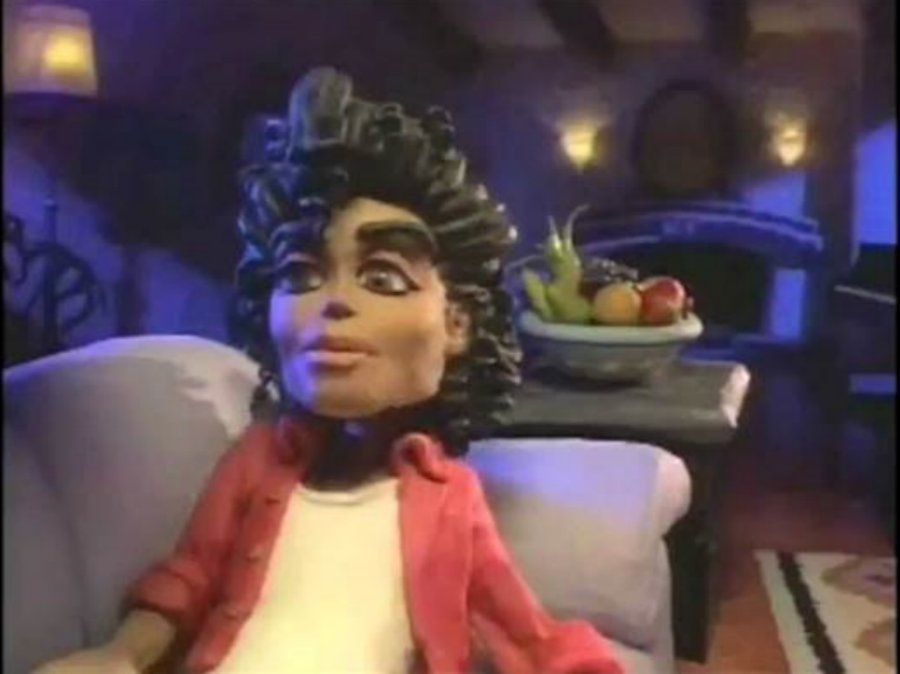 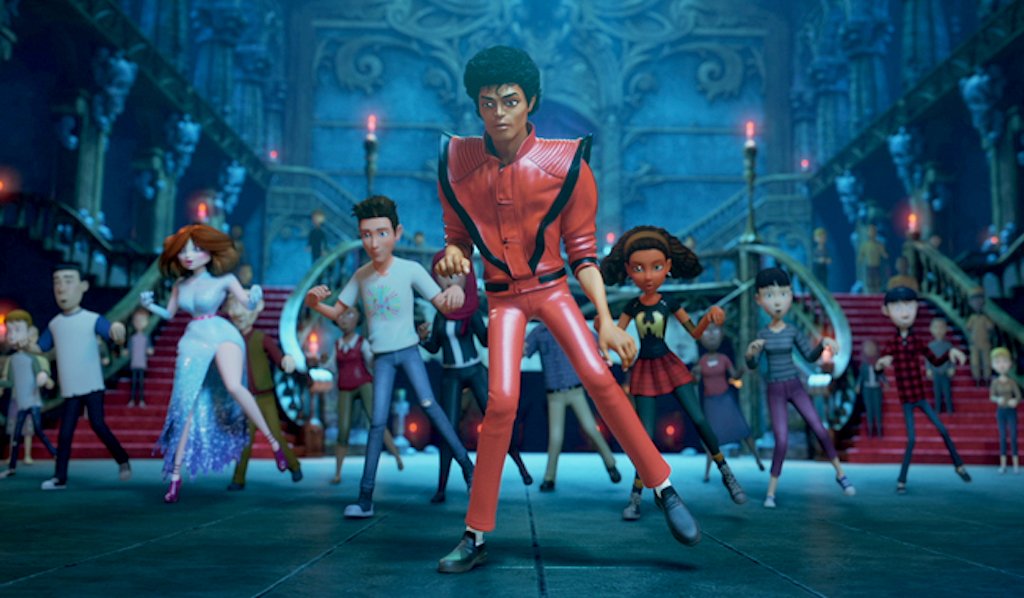 trebworld
https://www.instagram.com/p/BayEubYnBmO/
Watched #MJHalloween tonight, thought they did a good job. I loved the concept of a Michael Jackson Halloween themed cartoon. Was under the impression that MJ wasn't actually in it, so I was visibly thrilled when shows up and saves the day. I do believe Michael Jackson needs a better graphics team (they just can't get the face right) but other than that, I thought it was entertaining and I loved the message 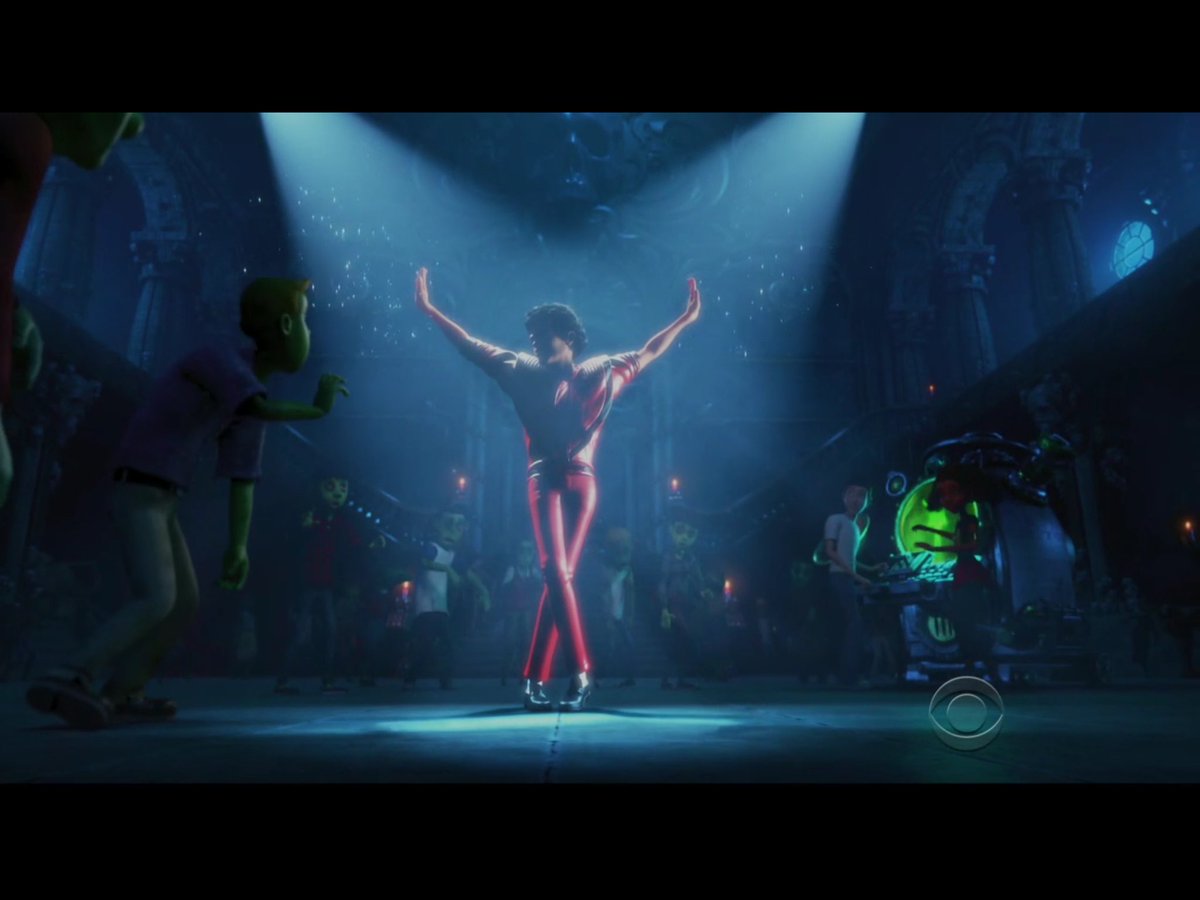 'Michael Jackson's Halloween': Claiming Another Crown For The King Of Pop

Every October, just as reliably as the autumn leaves start to change in colder climes, the songs of Michael Jackson creep back onto lists of the most-played&#8212;especially his Halloween-spooky &#8220;Thriller&#8221; and lesser-known &#8220;Somebody&#8217;s Watching Me,&#8221; a Rockwell track featuring his vocals.

Both songs figure prominently into Michael Jackson&#8217;s Halloween, an hourlong animated special set to air on CBS tonight. Directed by Mark Dippé and produced by Jackson estate co-executors John Branca and John McClain, the program will act as a family-oriented visual follow-up to recently-released album Scream, a compilation of Jackson&#8217;s eeriest work. It&#8217;s all part of an effort to cement his status as not just the King of Pop, but the King of Halloween.

The special will follow two youngsters who meet by chance at This Place Hotel on 777 Jackson Street. Joined by a little white dog named Ichabod, they are confronted with a major choice, picking between what&#8217;s expected of them or following their dreams. They&#8217;re aided in their journey by Jackson himself&#8212;who takes the form of three characters: a dancing pumpkin, a spider security guard and a black cat scientist&#8212;in each case attempting to inspire the characters to find their true calling.

Aside from Jackson&#8217;s music, the special will have other familiar elements. The cast of voice actors includes CBS stars Lucy Liu and Jim Parsons; the animation takes stylistic cues from seasonal classics like The Nightmare Before Christmas.

That&#8217;s been a theme in the lucrative postmortem world of Jackson, who pulled in a stunning $825 million last year&#8212;the highest annual total ever amassed by any entertainer, dead or alive&#8212;thanks largely to the sale of his half of the Sony/ATV music publishing catalog. His cumulative postmortem pretax earnings tally now sits north of $1.5 billion.

With the catalog&#8217;s steady payouts now out of the picture and the Michael Jackson Immortal World Tour in the rearview mirror, the singer&#8217;s estate appears to be looking to establish other reliable income streams to couple with its remaining Cirque du Soleil show in Las Vegas and ongoing revenue from Jackson's own work. Locking in his Halloween supremacy seems like a wise move, beginning with the CBS special.

&#8220;We hope that it'll become evergreen,&#8221; says Branca. &#8220;We may actually do some updates from time to time after the first run. You know you see Charlie Brown Christmas and Charlie Brown Thanksgiving every year, so now we're looking to have Michael Jackson's Halloween every year.&#8221;

Don&#8217;t expect the program to push Jackson anywhere close to matching his once-in-an-afterlifetime 2016 payday. But will the King of Pop continue his reign as the top-earning star beyond the grave? Check back here on Monday to find out as we release our annual list of the highest-paid dead celebrities, just in time for Halloween.

What is still lacking soundtrack of this show? plz tell me
Last edited: Oct 21, 2020

Is it online somewhere?

Hess said:
Is it online somewhere?