California changes to civil legislation on CSA from 2020 - aspects relevant to Robson and Safechuck:

Gavin Arvizo on Facebook - I wonder if he told his wife the truth, or if he and his mother are lying to her too.

We dont need to see that.
M

I honestly don't care. It's not my business, unless he starts doing tv tours on allegations there is no point in bringing his current affairs up. And I really hope it doesn't need to be said, but no amount of harassment will make him come out and tell the truth.

Yeah, don't stalk him on Facebook. I'm a little freaked out by the fact that you posted that link here.

Thanks! He did a good job. However, somebody should ask him about the documentary he was supposed to do with the fans' money&#8230;&#8230; Sorry but I couldn't help it

From a 2005 Telegraph article: The teenager accusing Michael Jackson of child abuse yesterday admitted telling his former teacher he had not been molested during his stays at the entertainer's Neverland Ranch.Gavin Arvizo was questioned by Thomas Mesereau, Jackson's lawyer, about a conversation he had with Jeffery Alpert, the head teacher at John Burroughs Middle School, after Gavin's final visit to the ranch in March 2003. "He looked at you and said, 'Look at me, look at me, Gavin. I can't help you unless you tell me the truth. Did anything bad happen'? And your response was, 'No, nothing bad happened'?" Mr Mesereau asked the 15-year-old.The lawyer asked the question several times. At one point Gavin, on the witness stand for the third day, replied: "Yes, I said, 'Michael did not do anything to me'."

THE ARVIZOS: THE MOST MOLESTED, MOST FALSELY IMPRISONED FAMILY IN THE UNIVERSE

JANET ARVIZO: I WAS MOLESTED BY A JC PENNY GUARD, IMPRISONED BY Frank Cascio, VINNIE AMEN, AND THE GERMANS.

DAVELLIN ARVIZO: I WAS MOLESTED AND IMPRISONED BY MY FATHER.

STAR ARVIZO: I WAS MOLESTED IN A GOLF CART AND IMPRISONED BY FRANK, VINNIE, THE GERMANS, MICHAEL AND MARK SCHAFFEL. 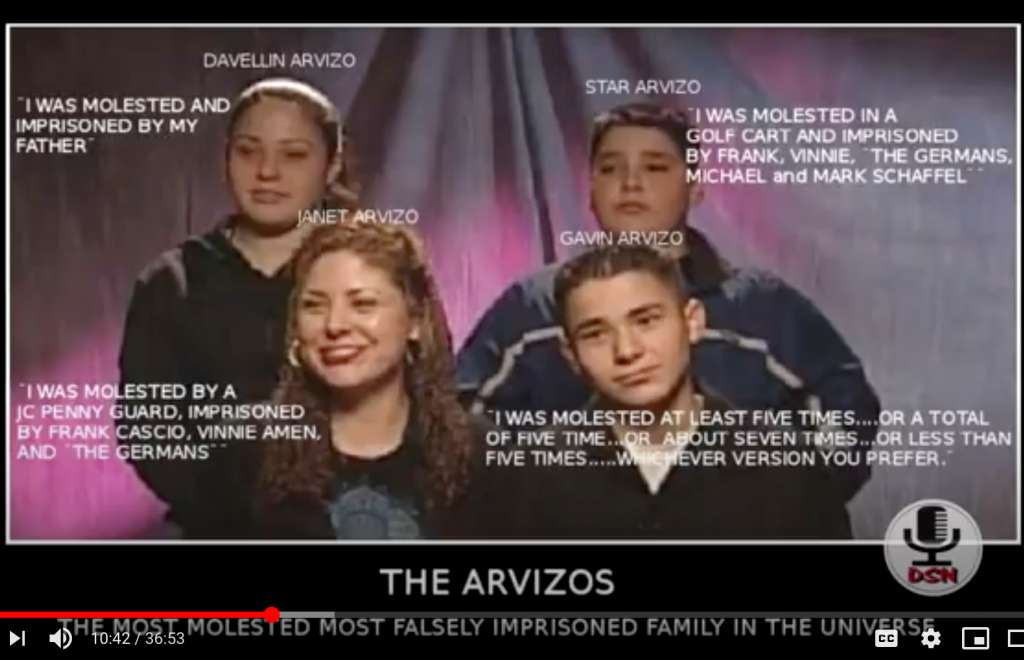 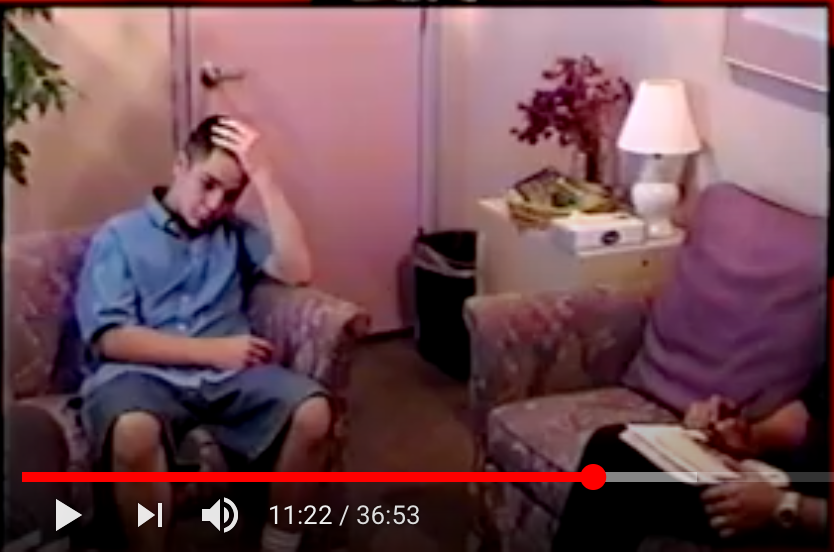 &#8220;Leaving Neverland&#8221; has revived interest in the trial, in which Jackson was acquitted


The documentary &#8220;Leaving Neverland&#8221; has revived interest in Michael Jackson&#8217;s 2005 sexual molestation trial, and raised questions about how the jury could have possibly found the singer not guilty. The answer is simple: You had to be there.

I was there, for six months, covering the trial for The Associated Press. You can listen to a deep-dive into my trial memories in our &#8220;Shoot This Now&#8221; podcast, available on Apple or right here:

What did we see at the trial? We watched the prosecution&#8217;s case fall apart thanks to Jackson&#8217;s skilled legal team, and their efforts to discredit the family of Jackson&#8217;s accuser, Gavin Arvizo, who was 13 when he first accused Jackson.

But Robson&#8217;s testimony was one of many dramatic moments at the trial. Here are some key takeaways &#8212; ten bizarre details about the trial you didn&#8217;t know or have totally forgotten.

1. Michael Jackson once halted court proceedings so he could go to the bathroom. That isn&#8217;t, generally speaking, something that criminal defendants can do. We talk about my awkward men&#8217;s room exchange with Jackson at the 36-minute mark of the podcast.

2. After one court date, Jackson welcomed his fans to Neverland &#8212; which prosecutors said was the scene of the crime. To thank fans who came to the courtroom to support him, Jackson opened the gates of Neverland Ranch &#8212; the same ranch where he was accused of molesting Arvizo and holding his family against their will. Guests could wander the grounds, poke through Jackson&#8217;s collection of videos and mannequins, and play video games in his arcade &#8212; all under the watchful eye of the Nation of Islam. We talk about it at the 32-minute mark of the podcast.

4. She may have cost prosecutors their case. The defense made the case that she was a grifter with a history of using her children to try to extract cash from celebrities. She denied it, but wasn&#8217;t the best witness for herself or her children. She interrupted lawyers, gave rambling, confusing answers, and scolded jurors. One juror later said: &#8220;I disliked it intensely when she snapped her fingers at us.&#8221; She recalled thinking, &#8220;Don&#8217;t snap your fingers at me, lady.&#8221;

7. Gavin Arvizo wasn&#8217;t the only witness to accuse Jackson of molesting him. So did Jason Francia, the son of Jackson&#8217;s former maid, who broke down in tears as he testified that Jackson used to molest him during tickling sessions, and would give him $100 after each incident. Francia was asked on cross-examination if he had ever received money from Jackson.

The defense tried to show he was unreliable because his mother had sought money from Jackson before. She reached an out-of-court settlement with Jackson for a reported $2 million in 1993.

8. Michael Jackson so despised the Santa Barbara County District Attorney, Tom Sneddon, that he wrote a song about him. Called &#8220;D.S.,&#8221; the song appeared on Jackson&#8217;s 1995 &#8220;HIStory&#8221; album, two years after Jackson paid roughly $20 million to the family of Jordy Chandler, a boy who accused him of molestation. Jackson renamed Sneddon &#8220;Dom Sneddon&#8221; in the song, one of the angrier numbers in Jackson&#8217;s repertoire. The chorus was &#8220;Dom Sneddon is a cold man,&#8221; repeated over and over. The verses include speculation that Sneddon was affiliated with the CIA and KKK.

10. One of the prosecutors, Ron Zonen, later married a witness. Louise Palanker, a director, writer and producer, met Gavin Arvizo around 1999, when he was about nine years old, as part of a mentoring program for underprivileged children run by the Laugh Factory comedy club in Los Angeles. She told TheWrap she met Zonen after she was called to testify. They attended Gavin Arvizo&#8217;s wedding together in 2013.