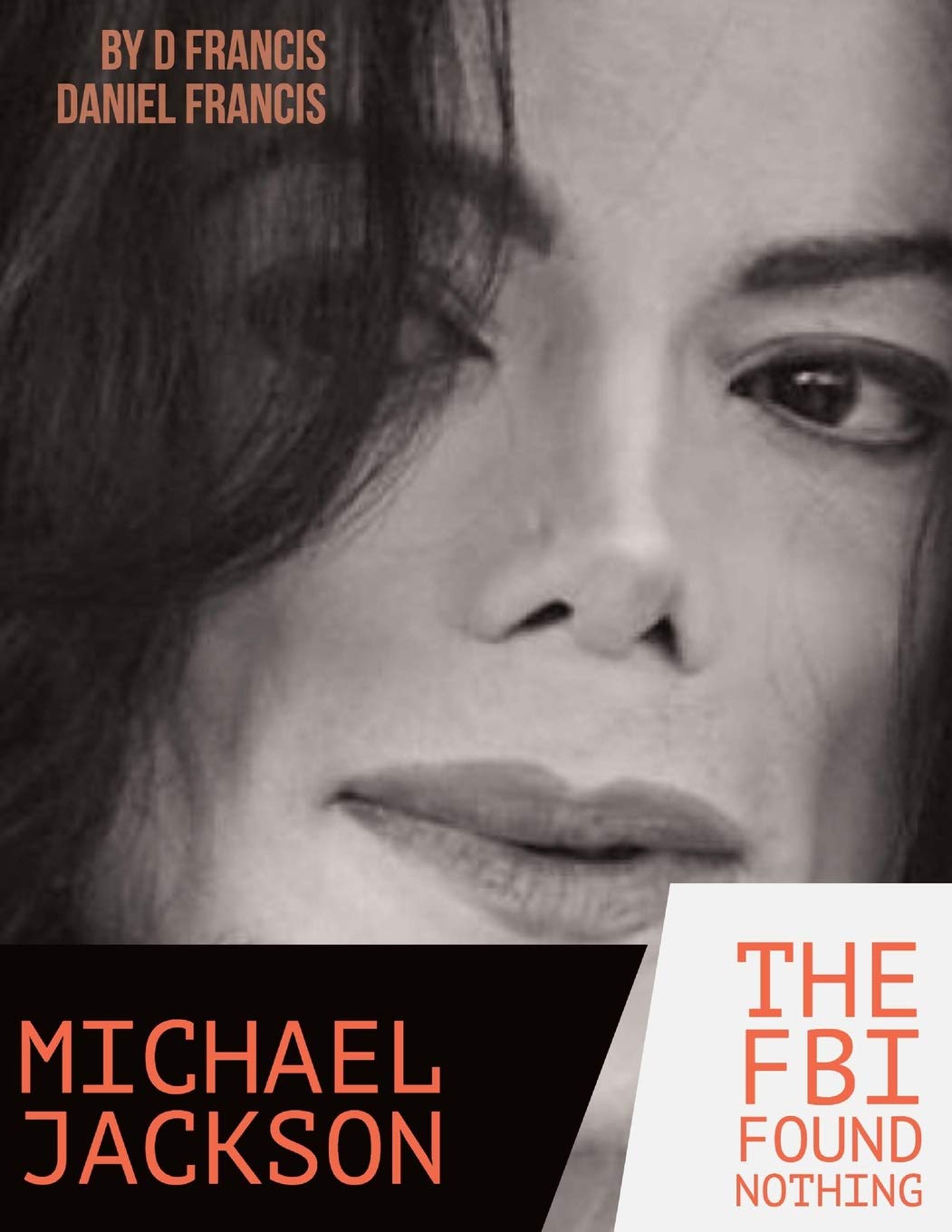 Black/white version. A pervasive shadow of allegations follows Michael Jackson, even in death. Allegations that were never substantiated in any court of law.

This book contains primary source material from the FBI, it is hoped that some of the misconceptions surrounding these released files are dispelled and that some assistance is provided to the reader in understanding the outcome of the 2005 trial. It is clear from the contents of the FBI files that ‘The FBI Found Nothing.’

This outcome was after a decade of forensic, strategic and investigative assistance provided to the local law enforcement agencies. Two-thirds of the released files placed Michael Jackson as the victim of threats and extortion; this is an overlooked fact. Michael Jackson was acquitted of all charges on 13 June 2005. Thereafter, the FBI file was administratively closed.
[This book was originally prepared in colour and has been converted to black/white to provide the customer with a choice.]

^ These are the types of books that need to be released.. Now directors out there, feel free to turn a book like this into a documentary!

KOPV said:
^ These are the types of books that need to be released.. Now directors out there, feel free to turn a book like this into a documentary!
Click to expand...

I hope people who buy it to read, post their thoughts in this thread about it and provide us with their personal reviews!

It would be great to consider what the book offers, in comparison to these - "Michael Jackson: Conspiracy" by Aphrodite Jones and "Redemption: The Truth Behind the Michael Jackson Child Molestation Allegations" by Geraldine Hughes. Hopefully, it will add to the content they include and complete the entire picture in a more comprehensive way.

There is no kindle version in the Amazon.com yet

The title alone is great because that story was seriously damaging to MJ's reputation.

ChrisC said:
The title alone is great because that story was seriously damaging to MJ's reputation.
Click to expand...

The title is like a reaffirmation of what Michael said in his interview with Diane Sawyer - "NOTHING! NOTH.....ING!" - even though he wasn't referring to an FBI investigation, the same sentiment applies.
M

I have already read the files and I don't think this will add anything new, beside adding some context and other wrapping material. Sometimes it's nice to have something that packages it all up. I'd be interested in this book but I don't think I'll spend £20 on it.

There's also a colour version on sale for £46(!). Not going to sell many at that price. It's not an art or photo book so how many colour pages is it really going to contain?

When people receive their copies please post a review on here because it would be interesting to find out what you think.
I could change my mind about it if it's great.

I don&#8217;t think there is anything in it that I havn&#8217;t already heard but it is a good thing that books like that are released and maybe one day the media will pick it up. We should never give up, for his childrens sake if not anything else.
M

They perceive a pro-MJ book as a risk but books like this are not about presenting opinion, although the authors all have them, they're about presenting facts.
It seems publishers only want to publish books that reinforce the agenda set by the media in their anti-MJ news coverage.

Just ordered my copy. I have read both Conspiracy and Redemption, so will see what this version has to offer. I will let you know.

Where did u order it from?
C

Hope this book will be read by just some non MJ fans - and hopefully the truth can spread from mouth to mouth that MJ was absolutely innocent.

I found the book on Amazon Canada. Finally. Both Colour and Black & White.

Be sure to send reviews over guys! Would be great to send to non fans as a legitimate source.

christmas gift for everyone that doubts his innocence lol

KOPV said:
christmas gift for everyone that doubts his innocence lol
Click to expand...

I haven't read this new book, but for me the definitive book on the 2005 trial is Michael Jackson Conspiracy, by Aphrodite Jones. Most of her material is lifted from the trial transcripts, and I enjoyed reading it a great deal.

Moviefan2k4 said:
I haven't read this new book, but for me the definitive book on the 2005 trial is Michael Jackson Conspiracy, by Aphrodite Jones. Most of her material is lifted from the trial transcripts, and I enjoyed reading it a great deal.
Click to expand...