It's interesting, today, that Stevie was born on this day, in 1950, and later, wrote a song called 'Superstition'. 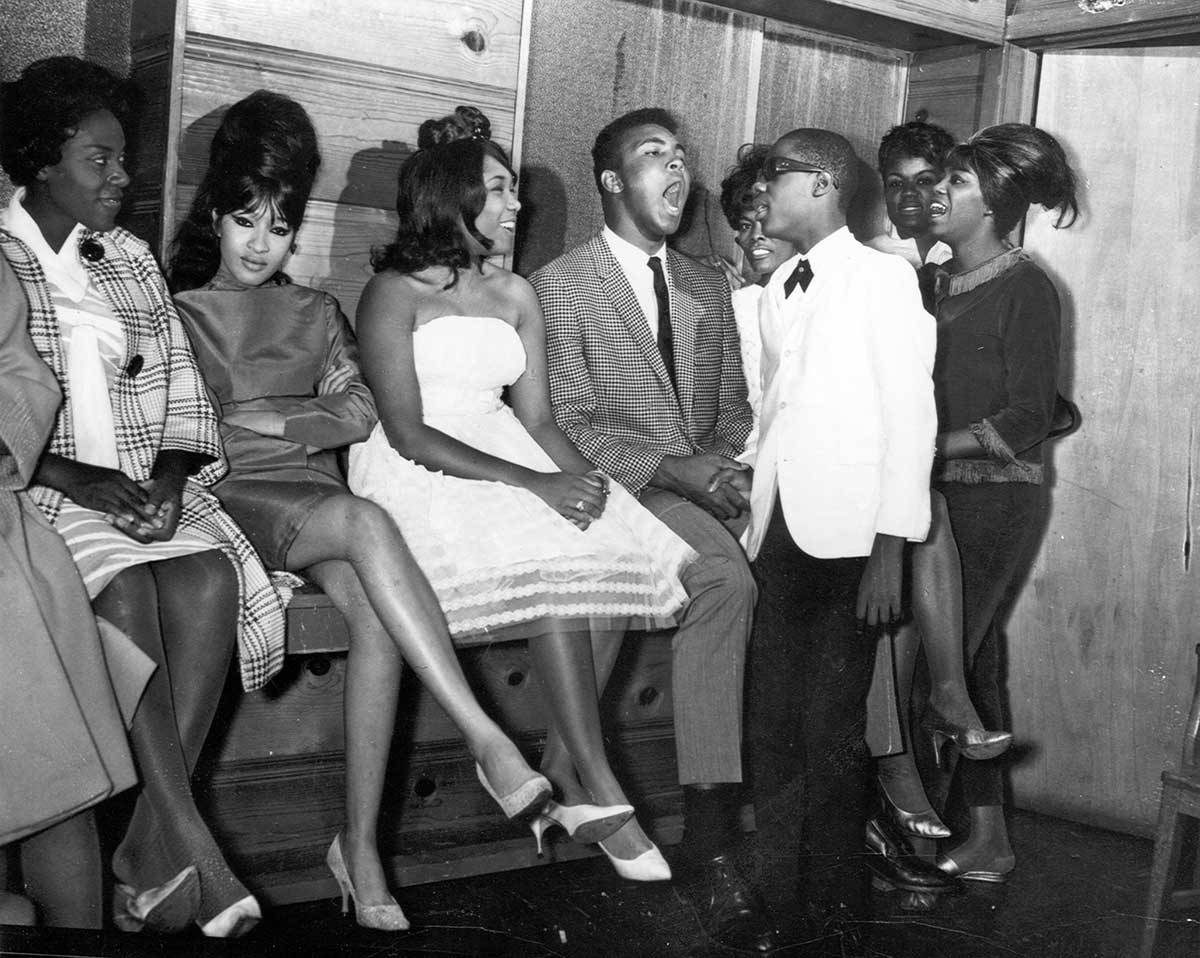 Stevie Wonder Has Street Named After Him In Detroit

Stevie Wonder and Detroit Mayor Mike Duggan at the honoring of Stevie Wonder with a secondary street name in Detroit on Dec. 21, 2016.

Amid chants of "We love you, Stevie!" and a few calls for him to run for mayor, Stevie Wonder had a street named after him in Detroit on Wednesday (Dec. 21).

Then he contemplated where that street, and other roads, might lead in the impending Trump presidency.

"We are on a journey," the Motown legend told the crowd assembled for the street sign unveiling in Detroit's New Center area, after singing a bit of "You Are the Sunshine of My Life." "When I think about this street now being Stevie Wonder Avenue, I want all of us to walk down the street that leads us to a place of humanity, equality, of fairness and respect for each other." Noting that Michigan "has now become, at this point, a red state" that voted for President-elect Donald Trump, Wonder admonished, "Don't let the color of the state define who you are. Don't let negativity say this is what you are. Don't let hatred and ignorance determine who you are. ... Be a part of fulfilling the promise ... to really make this city, this station, this nation a truly united people of the United States, of the world."

Wonder expanded on that while meeting with the media afterward, telling Billboard how he hopes Trump and his administration will lead the nation.

"I think the president-elect has a decision that he has to make. ... You have to not talk about it but be about it and do about it," Wonder explained. "It's a great thing to say we're going to make America great again, but really America has always been great; we just are gonna make it greater, and so that takes a coming together of all people. There is a lesson that has been shown by President Barack Obama: It says we have to come together and work together and be together as a united people of this nation. It's not about the various colors of the states ... but it is about the color of your heart, the color of your spirit.

"So I think it's about a leader who must lead in a way that will inspire other people, all the people to follow, and we can either be led to a place of heavenly bliss on this planet or to hell. That's a responsibility that once you say you want to be the leader, then handle your business -- all of your leaders -- and do that."

The new Stevie Wonder Avenue is a one-block stretch of Detroit's Milwaukee Street, where Wonder (who was born Steveland Judkins in Saginaw, Michigan) lived for a stretch during his youth. He was feted by a high school choir and marching band and presented a key to the city by Detroit Mayor Mike Duggan before the sign itself was unveiled.

"It's an amazing feeling, unbelievable to say the least. I never imagined that in my lifetime this would happen," said Wonder, who was accompanied on the dais by his older brother Calvin. "This is just an amazing moment. I know that things can't last forever, but y'know what? I'm going to freeze this moment in my mind and remember it forever. You didn't have to do it, but you did."

Afterwards Wonder -- who in the past has mused about running for public office in Detroit -- did put those calls for a mayoral run aside. "I'm too young in the spirit to sit down and be in one place," he said. "I'd stay in whatever the place is the mayor would be, but I would have to bring my instruments, so I don't think it's gonna work." He did, however, promise to stage one of his House Full of Toys holiday benefit concerts, which he's done during the past 21 years in Los Angeles, in Detroit next year.

Happy solar return to my friend, brother, and inspiration, Stevie Wonder! He's been there for me from my 1st Grammy win to getting my star on the Hollywood Walk of Fame and far beyond. "I'm telling you that I love you, yeah!" ??? #steviewonder #legend #genius #blessing #tellmesomethinggood A post shared by Chaka Khan (@chakaikhan) on May 13, 2017 at 7:46am PDT

In presenting the degree to the Motown legend, Yale President Peter Salovey gave an introductory speech that cleverly included a variety of references to Wonder songs.

"A Rock and Roll Hall of Famer with 25 Grammy Awards and an Oscar, you have always sung to us in the 'Key of Life,' while working to help the poor, sick and marginalized," Salovey said. "Whether you were 'Living for the City' or speaking up for 'Misrepresented People,' you brought us to 'Higher Ground,' with your incisive protest songs…Sorcerer of song, in appreciation of your irresistible music and your courageous humanitarian efforts, we are proud to present you with this Doctor of Music degree. Signed, sealed, delivered -- it's yours!"

As Wonder took to the podium to accept the honor, the Yale University concert band played his classic song "I Wish." Stevie reacted by smiling broadly and bowing rhythmically in appreciation. He was accompanied by his son Kwame.

While he didn't sing onstage, Wonder told reporters that prior to the ceremony he visited Yale's Sterling Memorial Library and played some music there. According to a spokeswoman for the school, Stevie performed a couple of tunes in the library, including "You Are the Sunshine of My Life."

Wonder was one of eight notable people who received honorary degrees at the ceremony. Others included Former Secretary of State John Kerry and Georgia congressman and civil-rights leader John Lewis.
[video=youtube;cmYsAu5K9Hw]https://www.youtube.com/watch?v=cmYsAu5K9Hw[/video]

Legendary R&B singer Stevie Wonder is taking a break from touring to undergo a kidney transplant.

Wonder shared the news Saturday during his set at the British Summer Time Hyde Park music festival in England, explaining that he would still be performing in three more shows before undergoing the procedure in September.

“So what’s gonna happen is this: I’m going to have surgery. I’m going to have a kidney transplant in September of this year,” Wonder told the crowd. “You ain't got to hear no rumors about nothing; I told you what’s up — I’m good.”

Wonder also confirmed that he already has a donor for the procedure, generating cheers from the crowd.

Also during the set, Wonder performed a number of classic songs including such as “For Once in My Life” and “Master Blaster.”

The singer’s appearance was the second of five major concerts at the park, which will also include a performance from Barbra Streisand on Sunday, Florence + The Machine on July 13 and Robbie Williams on July 14.

I wish him the best.

Love Stevie too and hope his surgery goes great.

On another note, they got some huge names for this concert. Must be a big deal.

Can't Do Without Your Love / Mister Moon

Start Out A New Day

Where Is Our Love Song (feat. Gary Clark Jr.)
Can't Put It In The Hands Of Fate (feat. Rapsody, Cordae, Chika & Busta Rhymes)