Beatles To Unveil Unheard Treasure Trove, 50 Years After ‘Let It Be’

The Beatles are poised to release a treasure trove of unheard recordings. The vintage money-making machine of the most successful band in history continues to rake in millions, even 50 years after Paul McCartney left for a solo career in April 1970. The British foursome, which has now sold 250 million records, said “Let It Be” on a single in March 1970 — and it now is pressing ahead with material based on the parent album that first came in May of that year.

The last three years have been lucrative for the group, with the 50th-year reissues of its most popular LPs, all coming near the exact anniversary of the originals. Sgt. Pepper’s Lonely Hearts Club Band came in May 2017; The Beatles (best known as The White Album) in November 2018; and Abbey Road in September 2019. All were remastered by Giles Martin, son of the original producer George Martin, with many unreleased tracks. Fans have long expected that the revised Let It Be would be due around May, 2020 — along with a generous helping of extras. There were 55 hours of original footage shot for the movie of the same name and 140 hours of audio recordings.

Most Fab Four aficionados will know that the project was originally entitled Get Back. It stalled amid in-fighting and the tapes were given to the producer Phil Spector who smothered some songs with strings. John Lennon made various attempts to resurrect the planned album – he was fond of the cover photo, later used for the compilation 1967-1970 – while McCartney had a stab at salvaging the original with Let It Be…. Naked in 2003.

In January this year, expectation grew on the half-century anniversary of the Beatles’ final public performance. On that day, The Lord Of The Rings film director Peter Jackson said that he was working on a documentary about the album. We now know the film is titled The Beatles: Get Back and is coming from Disney in September. With coronavirus, a release date earlier may not make commercial sense and it would follow the pattern seen in September 2016 with Live at the Hollywood Bowl, the album timed to coincide with the Ron Howard documentary The Beatles: Eight Days a Week. A fully restored cut of the original Let It Be movie directed by Michael Lindsay-Hogg is also due “at a later date.” While there is no official comment, it would be unlikely that the releases would not come with a bumper box set, quite possibly in time for the holiday-season sales. As for timing, Callaway Arts & Entertainment has a book being published called The Beatles: Get Back which is scheduled for October 6.

The lucrative nature of the CD releases is all too clear because of their prices, from about $25 up to $145. The albums peaked at No. 1 in many charts, suggesting platinum figures of 500,000 or more. At a normal royalty rate for this figure, the return could well come to about $8 million.

A dozen tracks from the Savile Row sessions for Get Back were released on Anthology Three in 1996, though much has been left on the shelf, variously bootlegged but never formally released. We do know that the movie will include the entire 42-minute surprise gig recorded on the roof of the band’s office in Savile Row, London, on January 30, 1970.

Fans may hope for more hearings of the full rock and roll medley such as “Shake Rattle And Roll” and dozens of originals recorded at the time. Lennon worked on “Black Dog Blues,” while his “Give Me Some Truth (Gimme Some Truth)” and “Oh My Love” were later released more polished forms on Imagine in 1971.

McCartney home-demoed “Goodbye,” written for Welsh pop singer Mary Hopkin; “Teddy Boy,” which nearly made the final album and was put in a different form on Anthology 3 and McCartney in April 1970. He also masterminded a long instrumental called “The Palace Of The King Of The Birds.” George Harrison’s contributions, apart from the already-released “All Things Must Pass,” included “Isn’t It A Pity” and “Hear Me Lord,” which also later made it on his 1970 solo album. The bootlegs show that some of the sessions were very raw and unrehearsed, some just informal jam sessions, and so it is likely not all will be deemed worthy of release in audio form. Even so, there is a treasure trove of material on offer and, like the previous reissues, is likely to result in a rewriting of Beatles history, which has it that the band dissolved amid nothing but rancor.

McCartney, who once referred to the time as “the most miserable sessions on earth,” now says that the new documentary will show “friendship and love.” The drummer Ringo Starr says the new version will show the foursome laughing with joy. This is a stark contrast to the original 80-minute movie, where a resigned Harrison sarcastically tells McCartney: “I’ll play, you know, whatever you want me to play, or I won’t play at all if you don’t want to me to play. Whatever it is that will please you.”


(This Peter Jackson movie will be awesome!)

The movie! I almost forgot about that, with everything going on in the world right now. That&#8217;s really something to look forward to. Thanks for the reminder.

ScreenOrigami;4286657 said:
The movie! I almost forgot about that, with everything going on in the world right now. That&#8217;s really something to look forward to. Thanks for the reminder.
Click to expand...

Yeah! I'm curious whether or not they will show the whole rooftop performance.
Paul talked about the film a couple of days ago on the Howard Stern Show: 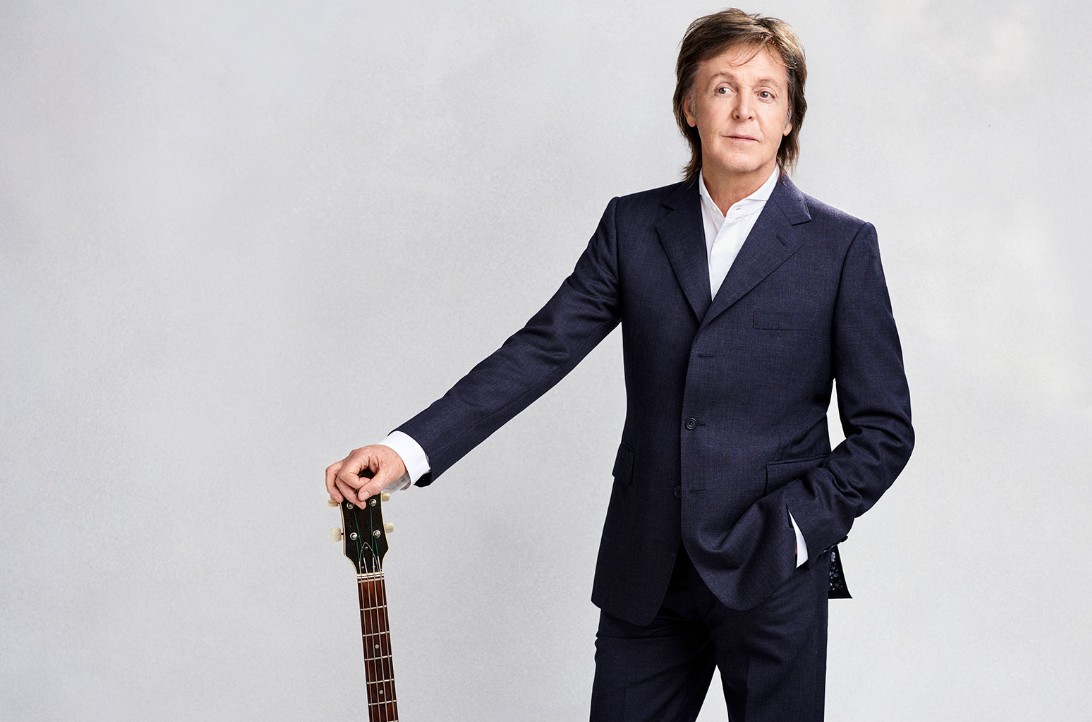 Paul McCartney is speaking out against racism following the death of George Floyd.

The former Beatles member took to social media Friday (June 5) to share an encouraging message about working together to fight social injustice as protests over Floyd's murder continue around the country.

"I know many of us want to know just what we can be doing to help. None of us have all the answers and there is no quick fix but we need change," the 77-year-old music icon tweeted. "We all need to work together to overcome racism in any form. We need to learn more, listen more, talk more, educate ourselves and, above all, take action."

McCartney went on to recall a time in 1964 when The Beatles refused to play a concert with a segregated audience in Jacksonville, Fla.

"It felt wrong. We said 'We're not doing that!' and the concert we did do was to their first non-segregated audience," he wrote. "We then made sure this was in our contract. To us it seemed like common sense."

McCartney also noted that he is "sick and angry" that racial tension still exists after so many years.

"I feel sick and angry that here we are almost 60 years later and the world is in shock at the horrific scenes of the senseless murder of George Floyd at the hands of police racism, along with the countless others that came before," he tweeted.

McCartney joins a long list of celebrities seeking justice for Floyd, an unarmed black man, who was suffocated by a white police officer in Minnesota. The officer, Derek Chauvin, was later charged with third-degree murder and manslaughter.

Inspired by a recent discussion elsewhere on this board, I&#8217;m gonna post a couple of videos about stuff that&#8217;s going on in Beatles songs, whenever I stumble upon a good one.

How about starting a song with a key change, because why not?

I just discovered a marvelous documentary about the artistic and cultural significance of The Beatles. So, for anyone who doesn&#8217;t understand what the fuss is all about, start here and listen to composer Howard Goodall explain it to you. It&#8217;s easy to understand and very entertaining.

&#8220;The Beatles held a press conference at University College in Bangor, North Wales with Maharishi Mahesh Yogi. The Beatles announced that they had become disciples of the guru and that they renounced the use of drugs, August 26th 1967.&#8221; 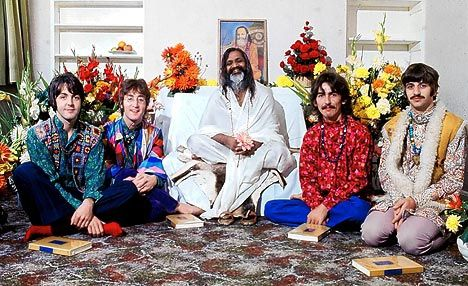 via Classic Rock in Pics

[video=youtube;ZM__OJUFzIQ]https://www.youtube.com/watch?v=ZM__OJUFzIQ[/video]
The Beatles’ First Official Book Since the Bestselling The Beatles Anthology

London / New York – September 16, 2020 - Callaway Arts & Entertainment and Apple Corps Ltd. are pleased to announce plans for the global publication on August 31, 2021 of THE BEATLES: GET BACK, the first official standalone book to be released by The Beatles since international bestseller The Beatles Anthology.

Beautifully designed and produced, the 240-page hardcover tells the story of The Beatles’ creation of their 1970 album, Let It Be, in their own words.

Presenting transcribed conversations drawn from over 120 recorded hours of the band’s studio sessions with hundreds of previously unpublished images, including photos by Ethan A. Russell and Linda McCartney, THE BEATLES: GET BACK also includes a foreword written by Peter Jackson and an introduction by Hanif Kureishi. The book’s texts are edited by John Harris from original conversations between John, Paul, George and Ringo spanning three weeks of recording, culminating in The Beatles’ historic final rooftop concert.

Re: Get Back movie 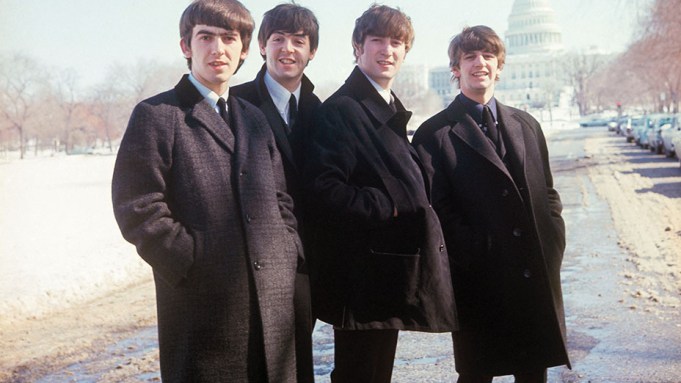 Peter JacksonÂ’s The Beatles: Get Back six-hour documentary series is headed to Disney+ for a Thanksgiving holidays debut.

The Walt Disney Studios, Apple Corps Ltd. and WingNut Films Productions Ltd. unveiled the timing for the bow on DisneyÂ’s flagship streaming platform, having opted against Jackson directing a single movie for a theatrical release. The Beatles: Get Back will comprise three episodes, each around two hours in length, and will roll out over three days on Nov. 25, 26 and 27 exclusively on Disney+.

Â“As a huge Beatles fan myself, I am absolutely thrilled that Disney+ will be the home for this extraordinary documentary series by the legendary filmmaker Peter Jackson,Â” Bob Iger, executive chairman of The Walt Disney Company, said in a statement.

The doc series promises never-before-seen footage to illustrate the camaraderie, genius songwriting and musical world impact of the famed Beatles rock band out of Britain.

The Lord of the Rings directorÂ’s Beatles doc draws from material originally recorded by Michael Lindsay-Hogg while the band was recording the 1970 album Let It Be, the seminal record that had the working title of Get Back. Lindsay-HoggÂ’s Let It Be film was shot in 1969 but not released until 1970, after the Beatles had officially broken up.

JacksonÂ’s most recent directorial effort was the critically acclaimed World War I documentary They Shall Never Grow Old.

Â“In many respects, Michael Lindsay-HoggÂ’s remarkable footage captured multiple storylines. The story of friends and of individuals. It is the story of human frailties and of a divine partnership. It is a detailed account of the creative process, with the crafting of iconic songs under pressure, set amid the social climate of early 1969. But itÂ’s not nostalgia Â– itÂ’s raw, honest, and human. Over six hours, youÂ’ll get to know The Beatles with an intimacy that you never thought possible,Â” Jackson said in his own statement.

Ahead of the doc seriesÂ’ Disney+ debut, Apple Corps Ltd./Callaway Arts & Entertainment will release The Beatles: Get Back book on October 12.

Ok, I didnt read the whole thread yet, so I don't know if anybody else posted this, but during the last European date of the Bad tour, the show in Aintree, Liverpool, which I think was also the biggest show of the tour, the band played a medley of Beatles songs as the groove instrumental section.