somewhereinthedark said:
Keep The Faith has always been credited to Siedah Garrett and Glen Ballard on the album credits.
Click to expand...

I just read that Hamilton and Aladdin are cancelling all shows until After Christmas, because of Covid.
Last edited: Dec 21, 2021

somewhereinthedark said:
I just read that Hamilton and Aladdin are cancelling all shows until After Christmas, because of Covid.
Click to expand...

damn it this mean hamilton wont come to australia now

Looks like the musical has been cancelled till feb 2022! this sucks

New COVID Cancellations From Broadway and Beyond, Including Moulin Rouge!, Waitress, More | Playbill

www.playbill.com
MJ the Musical, one of the first shows to announce cancellations through the Christmas holiday, will stay closed an additional day. The production is now expected to resume previews on December 29. For more information about future performances, visit MJtheMusical.com.

I had tickets for Dec. 27th, which was unfortunately cancelled due to the COVID surge. However, a friend of mine caught a performance yesterday (Dec. 29th), and they absolutely loved it. They’re casual fans at best, and they said it’s one of the best Broadway shows they’ve seen in a while (and they’ve seen almost all of them). 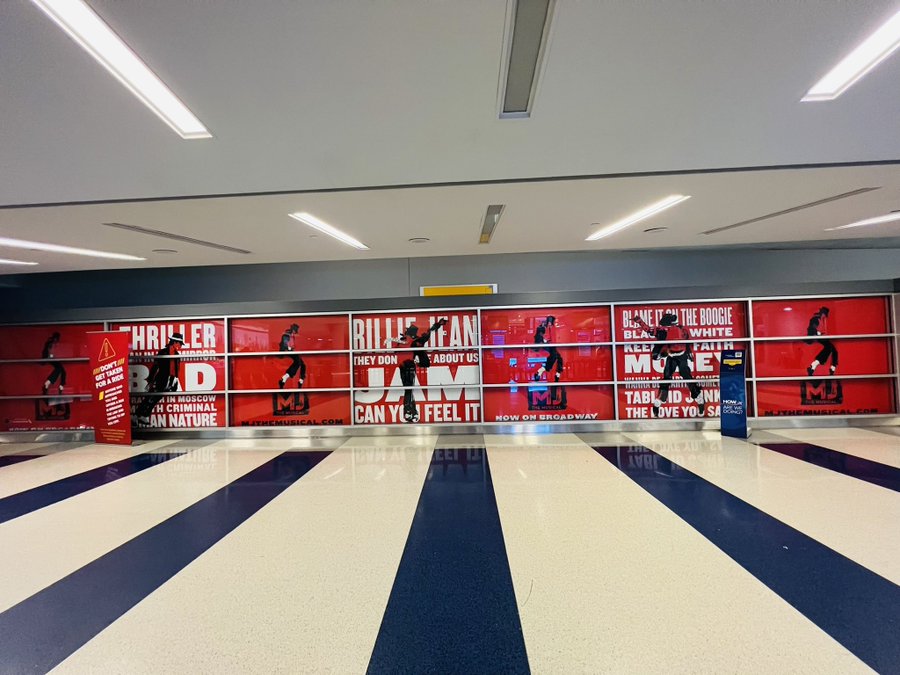 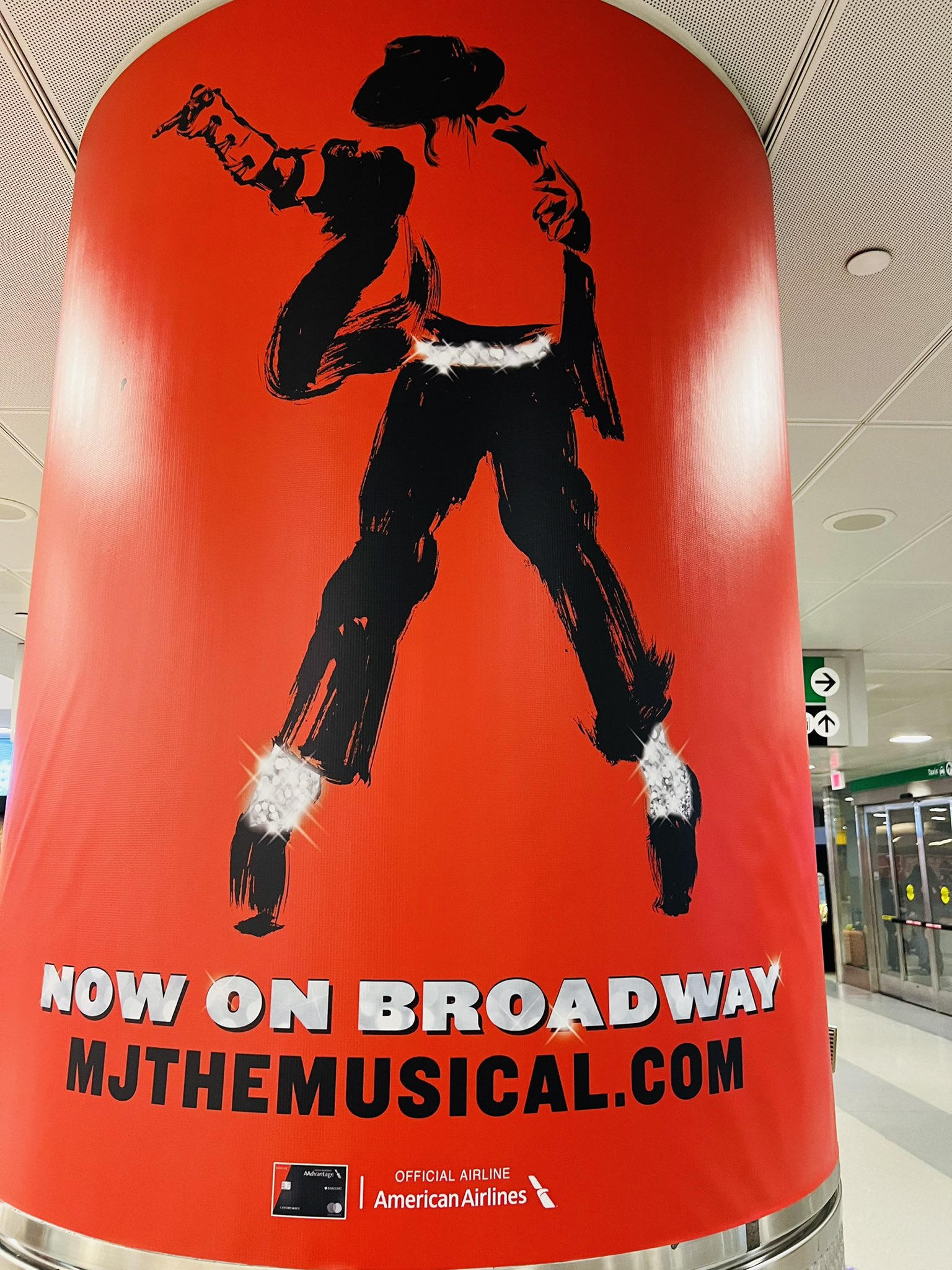 In the 30 yrs of my life, today is the first time I felt alive. Thank you so much #MJthemusical
@MJtheMusical
It was so much fun n w such awesome energy. My heart and body are still shaking even now. Thank you for the amazing, mesmerizing, thrilling experience!#MJ

First Look: “MJ,” The Michael Jackson Musical, Poised to Be a Major Hit if the Pandemic Doesn’t Do It In​

I took myself over to the Neil Simon Theater last night to see “MJ,” The Michael Jackson musical. It opens February 1st so this is not a review, it’s just notes from the show.

I checked the Ticketmaster site and saw that there were plenty of tickets. Indeed, i bought one at the window an hour before showtime. I’d been told that even though advance sales were iffy, there was a lot of walk up business. I was skeptical about that but the evidence was there. On a freezing cold night, with the pandemic hovering, and snow in the forecast, there were people online at the box office.
I bought a cheap seat in the mezzanine, but the nice lady in the box office moved me down a few roles. (Thanks!) The young woman who sells the merchandise downstairs told me sales were good. “People really like it,” she said.

An hour earlier, I had a bite to eat down the street at the Cosmic Diner, one of my favorite spots in the theater district. It was fairly empty, not what you’d expect on a Thursday night before theater. When I told the host I was seeing “MJ,” he told me a lot of the cast came in and out and that he really liked them, he could tell it must be a good show.

“MJ” is written by Pulitzer Prize winner Lynn Nottage and directed by Christopher Wheeldon. The sets are from Derek McLane, a Tony winner who is also married to the show’s producer Lia Vollack. (May I suggest they fix their Playbill so the names are larger and in bold face? They’re microscopic now.) These people are all heavy hitters, they’re at the top of the Broadway heap. They know what they’re doing.
There are three Michael Jacksons in this show: the adult circa 1991, played by Myles Frost, a teenager (Tavon Olds-Sample), and two kids playing Little Michael. I was hoping to see Walter Russell III, but I saw his alternate, Christian Wilson (who was very good). The book, by Nottage, is not linear. It jumps back and forth in time so sometimes Frost is on stage by himself, and often he and his younger selves are handing off to each other on stage,

The conceit is that MJ is rehearsing his “Dangerous” tour and that MTV has sent a documentary crew to record the action. This sounds plodding, but Nottage has used this device to let Michael essentially narrate his own life story up to that point.

“MJ” doesn’t go beyond these rehearsals. It’s a celebration of Jackson’s music from childhood through “Thriller,” “Bad,” and “Dangerous.” There’s some personal history and discussion of Michael’s growing addiction to pain killers because of the burns he suffered filming a Pepsi commercial. Michael is shown alternately as charming and demanding. He is also diffident on the subject of expenses. The one time Nottage grapples with harsh realities is when she shows an abusive and ambitious Joseph Jackson, who actually hits little Michael in the first fifteen minutes. She has to, we have to know what Michael is dealing with to get to this point in his life.

I was really knocked out by two of the supporting players, Ayana George– who plays Katherine Jackson– and Quentin Earl Darringon, alternately Joseph Jackson and Rob, the tour producer. They are standouts in a very talented company. The choreography is actually exciting, and you can tell that Wheeldon– whose wheelhouse is ballet– has worked to reimagine Jackson’s trademark dance moves so that this isn’t just a tribute show, it’s theater and dance on a very high level.

In the end, the whole show rests on Myles Frost, who’s got to sound like Michael Jackson without seeming like a Las Vegas impressionist, dance like him (which does not look easy), and convey a sympathetic character who we know, many years later, will meet a terrible end. Frost’s work here reminded me of Adrienne Warren’s Tony performance in the Tina Turner musical. There’s a reason why the audience– which was sparse– leapt to their feet at the end of the show.

“MJ” isn’t ready for an official opening yet, but it’s in good shape. If the Omicron doesn’t do any more damage, “MJ” could be a major hit. My only qualms: Berry Gordy did not discover the Jackson 5, that was Gladys Knight and Bobby Taylor. The current scenario has some girl coming to “BG” to tell him about them. Nottage has got to fix that. And I would urge the producers to look at the lyrics of “They Don’t Care About Us” and make some edits. While the staged number is impressive, the audience may not appreciate some of the sentiments. We never did.

But boy, it was great to be back in a theater and hear live music, see people on stage. If you wear a mask, and you have your proof of vaccination, you’re all set, and it’s very safe. And this is a good time to get into this show. After it opens, it may not be so easy.

I am very happy to see the positive reviews for the Musical so far. I am also excited to see if it has any impact on Michael's sales and streams in the USA.

Just got back from a performance.

I’ve seen over a dozen Broadway shows. MJ is the absolute best, without a shadow of a doubt. I’ll give a more concise breakdown tomorrow, but I am absolutely astonished at how incredible this show was. The atmosphere was electric, the visuals were top tier, the book was creative and emotional, and the entire cast (especially Myles Frost) were sensational. If any of you were on the fence, believe me when I say that this show does nearly everything right. It deserves every bit of praise it’s getting.

Any questions? Happy to answer!

Wow. That looks so amateurish.

Thank god this will not leave the US.

Now this may be a stupid question.

But is this - Curtain Call - the same as the MJ musical?

Of course it's hard to judge something from a short video - and looks like it's the ending of the show.

But - it looks bad... Jam is just weird, BOW sounds off. Their costumes maybe makes sense if you've seen the entire show.

At first I thought this was a rehearsal video without the real costumes.

I hope the actual show is great and I hope all who sees it likes it and are having a great time - and from every single review so far it sounds promising and like peope really enjoy the show and the music. - And that's all that matters really. It's entertainment.

It’s important to remember that (1) as hardcore fans, we will be more nitpicky with these projects than the general public will; and (2) MJ is arguably the most difficult artist to imitate, and no performance could ever be pitch-perfect. Out of context this might look underwhelming or odd, but I really can’t emphasize how much more there is to what you see, both visually and contextually.

Honestly, this show only emphasized all of the issues I have with MJ’s actual live performances. Obviously he was an incredible showman, but I can’t express how much I’d give to see him perform with this caliber of production. The band, the song arrangements, the sets, the costumes, the dancers… collectively they were the best I’ve ever seen, Broadway or otherwise.

Thank god this will not leave the US.
Click to expand...

Thank god this will not leave the US.

I can’t wait to see this musical. EVERY review has been glowing and amazing. I love how people are not only giving praise to the cast, but to the staging, lighting, storyline and of course the Music and dancing. The people who have said that this is the BEST musical they have ever seen are not only fans, they are PROFESSIONALS and STAGE VETERANS. It means a lot to hear people praise a musical who ACTUALLY know what they are talking about. It fills me with pride. The success of this musical represents Michael’s legacy and fans need to remember that. Hopefully, we don’t have any fans spreading negativity. The media is waiting for that. IMO, if you don’t want to go, then don’t go. I just hope that those people don’t try and encourage others to feel as THEY do. I say make your own decision and not allow others to sabotage this wonderful( according to every review that I have heard or seen posted) musical. My family and I are making plans to see it as soon as possible. I am SO excited.

Brad Sundberg saw it and posted a video review: 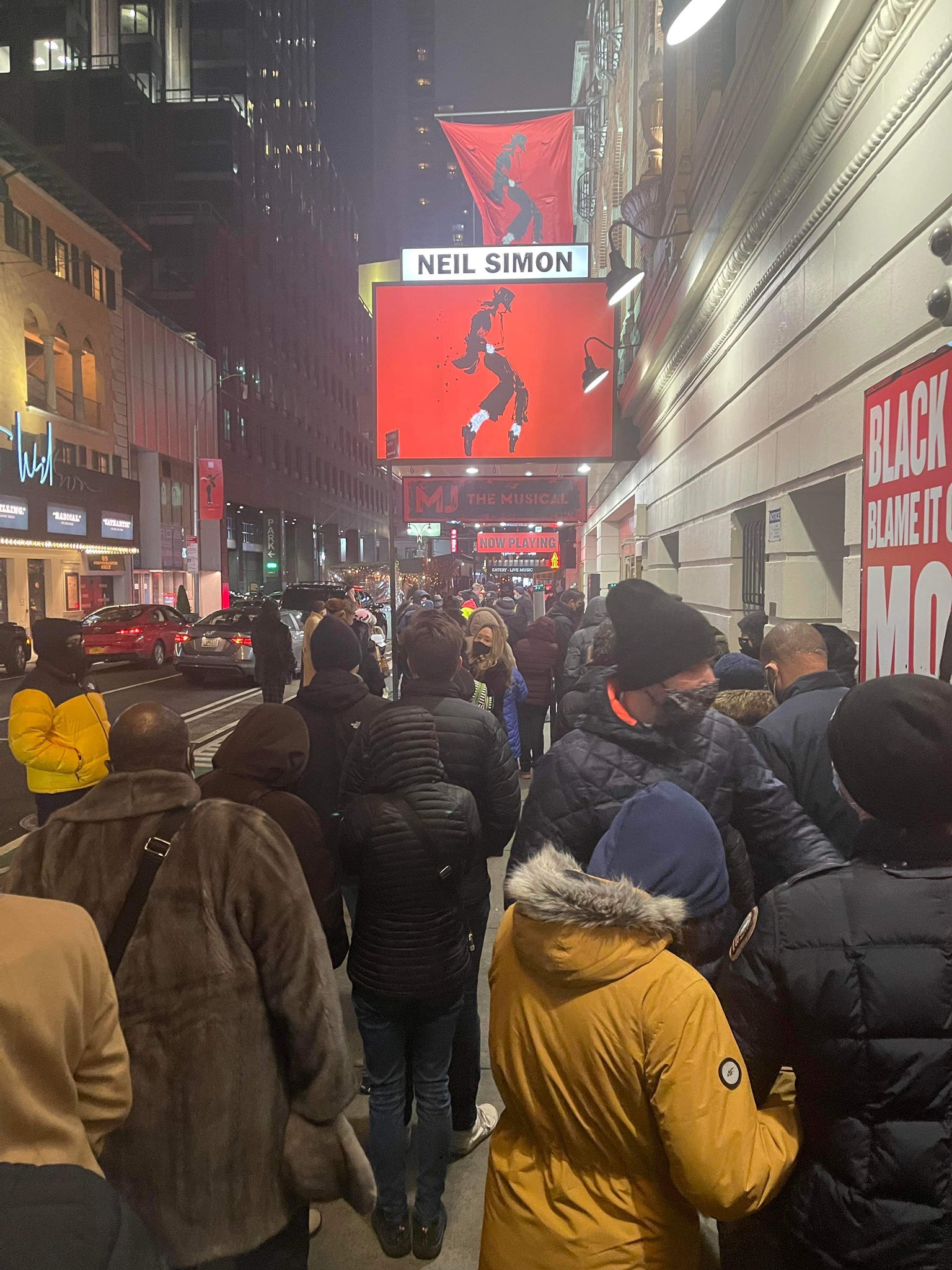 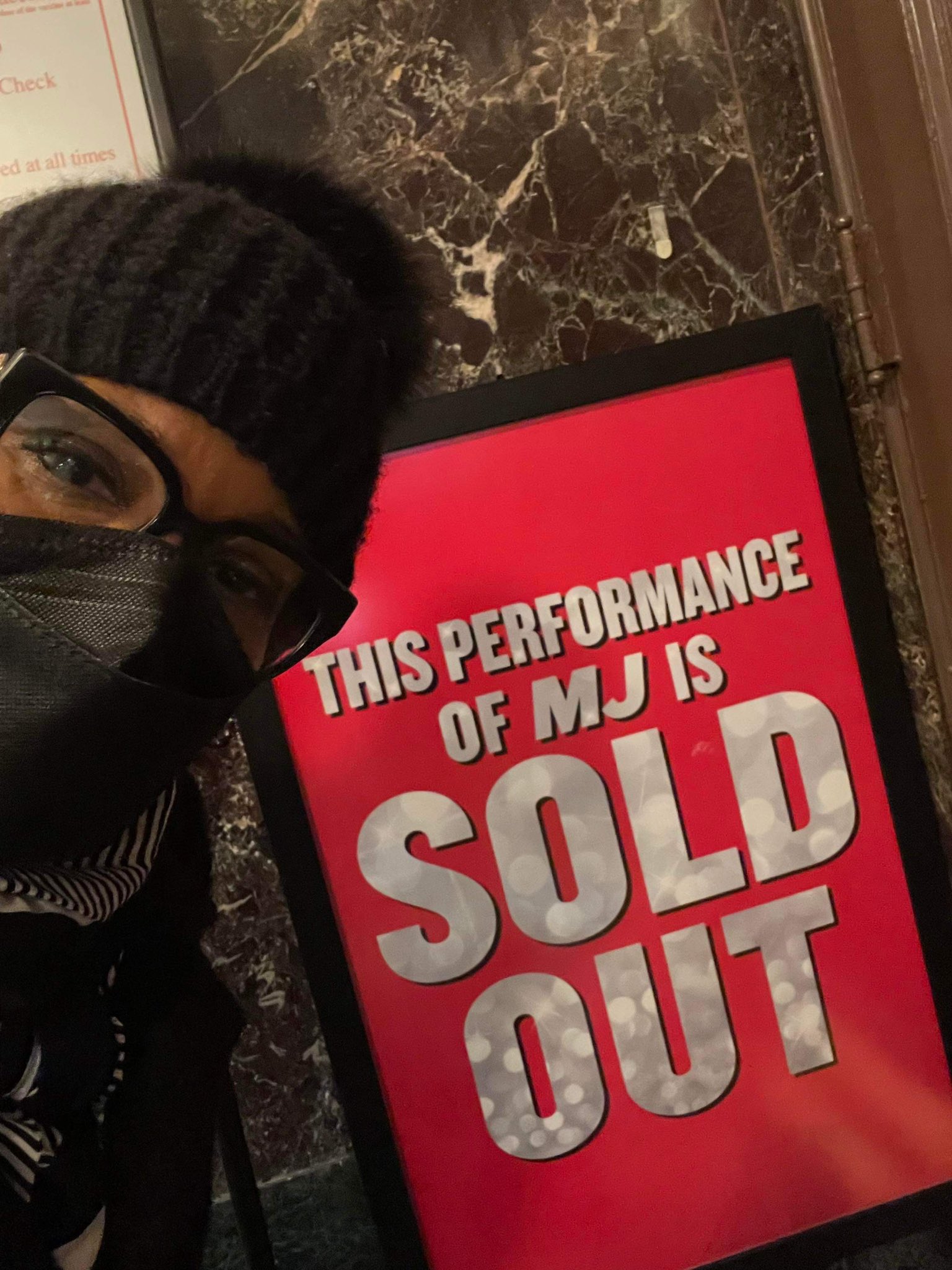 Long lines at tonight’s Sold out performance of @MJtheMusical

How many people can attend a musical at that venue?

I think the success here might be the final push needed for a biopic, maybe even in the form of a musical. Michael loved musicals and it would be a nice selling point for a biopic (which are very popular these days). It would also be a great way to introduce vital tracks like morphine or stranger in moscow to a bigger audience.

Brad also did a LIVE Q & A Session on his FB page earlier today.