Welcome R&B Fans form around the world!! this is when you come & talk to todays R&B artsists form this conutry & to the world. Let the "R&B Thread" topic begains!

i prefer 90s contemp. r&b to most of today's mainstream acts (that are basically still hinged on the decade-old stuff), save for some of the UK artists who are definitely worth looking out for.


Playa - Buggin' Over You


Brownstone - If You Love Me (Characters Smooth Out Remix)


Marsha Ambrosius - Do You Think

Raul Midon is good. He does this cool trumpet sound with his voice.
Pick Somebody Up

I love 90's contemporary R&B as well. There is some stuff today that I like, but not nearly as much as the 90's.

Monica - For You I Will

I love 90s rnb as well...its my favorite genre and i think its the time when rnb was at its peak and was the quintessential rnb...u cant call rnb todayrnb....its hip and b to be blunt......

genre-defining is disputed a lot amongst the "experts" and quite subjective but i wouldn't call the post-NJS mainstream stuff New Jack Swing since that had a definite sound to it. it certainly got influences from Riley's/Edmonds' sound but it also drew more from quiet-storm and David Foster ballads etc., and had people like Timbaland (in the mid 90s) add new creative and influential dimensions to it - i think that's worthy of a genre-defining status.

but whichever way we'd like to define it in order of historic integrity, it got stuck with the label "contemporary R&B" and it did have its own sound just like "Neo-Soui" does however much artists or fans dislike the term.

and there are some terms that don't really cover a genre e.g. "trip-hop" which has a significant artistic divergence in the pool that record labels want to drop everything into. but contemporary R&B and Neo-Soul or acid-jazz or nu-jazz etc. are not one of them, imo.

i don't really like grouping different artists under one label, so the more creative (or even better, the more influential) you are, the better the chances you make of opening up a new genre because throughout the years the evolutionary change in ("urban") music is noticeable.
Last edited: Sep 3, 2008

Genres in many cases are certainly subjective. I can see why someone would consider 90's R&B as New Jack Swing instead. I don't really consider it as such though. To me, that would be like calling 70's and 80's R&B "Doo Wop". I pretty much agree wtih arXter in that NJS certainly influenced the 90' s sounds, but I think it was different.

I like Chrisette Michele, but I think her 1st album was more interesting. Esperanza Spalding is nice also, but she's really jazz though. I really like Lizz Wright & Joss Stone. But I don't listen to the radio. I don't know what's popular and don't really care, lol. I do kinda like Keyshia Cole, but that's the extent of it. I liked Destiny's Child (especially when LaTavia & LeToya were in it), but not as keen on Beyonce' solo. I mostly just buy new stuff from people I like already such as Prince, Charlie Wilson, Chante Moore, or Swing Out Sister (although I always have to buy an expensive import, because SOS albums are rarely released in the USA).

I use the term R&B when I think of mainly 90s mainstream stuff like Boyz II Men, Babyface, R. Kelly, Blackstreet, TLC, Janet, SWV, Brandy, En Vogue etc. NJS had a different sound, but it's a subgenre of the 90s R&B for me anyway.
I think it would be good if another term was created for describing mainstream R&B/urban music of the 00s which is certainly different in terms of both production and (even more) quality.

anyway I love to go back to the 90s mainstream R&B and discover less known artists like for example a female group Brownstone, which I think had as much potential as En Vogue but for some reason weren't too successful. 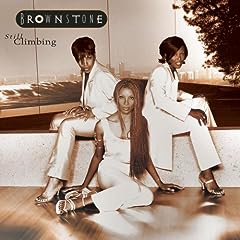 In The Game Of Love
http://www.youtube.com/user/black2black221#p/a/u/0/VsriGWjxq8o

Those were the real rhythm and blues days.....

From your list, I love Baby Face, En Vogue, and TLC. The 90's definitely were the second golden age of the R&B.

Also, how can you forget Luther? His voice can make you feel the heartbreak... the pain... :lol: I love Luther. I guess he was more active in the 80's...

yeah, i know that's the real rhythm & blues, but all R&B i have known most of my life was the 90s R&B, so I guess because of that i relate that term to the 90s music in the first place. Motown is just Motown and R&B/soul from before the 90s I call soul music or funk or disco depending on what other styles it's influenced with

i haven't listened to much Luther yet, but he is on my (endless) list of artist that i need to check out

Survival - Madonna, from her ever underrated Bedtime Stories album. I always liked R&B, esspecially in clubs, the sound is amazing and there are allot of good people now that can make very good music. But i always search for nice long R&B remixes... Does anybody have nice remixes?? like very long big remixes.. ??

Sad news to report in the R&B community. Charmayne Maxwell, a singer from the &#8216;90&#8242;s R&B group Brownstone, has died after a mysterious fall.

Details are scarce, but according to TMZ, Maxwell apparently died in her Los Angeles home on Friday (Feb. 27) when she fell and cut her neck on a wine glass. Her husband, Danish producer Carsten &#8220;Soulshock&#8221; Schack, came home and discovered an unconscious Maxwell on the floor bleeding but still having a pulse. He immediately called 911 where paramedics rushed her to Cedars Sinai Hospital. She died while in route to the hospital.

Although no additional information on how Maxwell exactly died was provided, investigator do not suspect foul play. However, other media outlets have conflicting stories of how she passed away as well. According to the Daily Mail, Maxwell died while at a soccer game in Los Angeles.

Upon hearing the news of Maxwell&#8217;s death, fellow Brownstone singer Teisha Brown went on Instagram to share a photo of the trio singing together on stage. &#8220;I just need to be by you 1 more time on stage MAX! #BROWNSTONE #FOREVER R.I.H. I miss you already!! My heart is so heavy. I LOVE YOU SISTER!!&#8221; she wrote.

Maxwell was married to Soulshock for 20 years. They met when Michael Jackson hired the famed producer to create music with Brownstone. She leaves behind a son, Nicolaj, with Soulshock.

We send our heartfelt condolences to Maxwell&#8217;s family and friends. May she rest in peace.

The Brand New Heavies ~ You Are The Universe

Classic R and B is my music and funk! Favoruite artists in no order