The time I almost talked to Diana Ross about Michael.

Let me preface this whole thing by saying I'M SORRY IF THIS TOPIC DOESN'T BELONG ON THIS SECTION OF THE FORUM. I wanted to tell a story that I had which is MJ related, but mods, if this thread doesn't follow the "official" guidelines, feel free to move it elsewhere. I wanted to share a personal experience that I had two years ago when I got to see Diana Ross in concert and almost talked to her about Michael.

In June of 2019, my mother and I got to see the incredible Diana Ross in concert in Atlantic City, NJ. I live in Long Island, so I originally planned to go to the previous concert at Radio City Music Hall in NYC, but it was sold out. I've been a fan of all Motown artists since I was a kid, after being introduced them through Michael and the Jackson 5, so seeing Diana in person was an opportunity I couldn't refuse.

Her opening act was her (and Berry Gordy's) daughter Rhonda Ross, who just put out an album of her own. Diana's concert as a whole was amazing. She had several costume changes and performed all the greatest hits from her solo career and her time with the Supremes. She also did "Ease On Down the Road" from The Wiz, so I rushed down the aisle as close to the stage as I possibly could and did the dance that she and Michael did in the movie. To my surprise, she actually SAW me dancing and did the same move herself as she was walking off stage for the next costume change.

Later in the concert, right before the encore, she decides to talk with the audience and do a brief Q&A. She mentioned that she didn't move/dance as much as usual because she was recovering from a broken leg, so I felt a little guilty about making her dance. I recall one person asked her if there's any chance she'll ever reunite with the Supremes again, and she was unsure. In the two years since that concert, two former Supremes- Mary Wilson and Barbara Martin- passed away.

Anyway, a few months prior, Leaving Neverland came out and Diana took to Twitter supporting her friend MJ. During the Q&A, I was prepared to tell Diana something along the lines of "Thank you for defending your friend Michael Jackson on Twitter recently when he needs it the most", but I never got the chance. I ALMOST did. Someone further back in the audience thanked Diana on behalf of all the drag queens who dressed as her over the years, but she couldn't hear them, so I passed their message to her when she put her mic to my face. Shortly after, she stopped answering questions so she could do the encore ("Reach Out and Touch Somebody's Hand")

My mother and I planned to leave right before the last number to avoid the post-concert traffic (which we do for basically every concert we go to). Unexpectedly, we saw Rhonda Ross in the lobby as we were leaving. Turns out she was getting ready to sell copies of her album and sign autographs once the show ended. My mother and I got to shake her hand, congratulate her on her new album, and I asked her to pass on the message that I prepared to tell her mother about Michael. That whole experience was so incredible, and I wanted to share it with my fellow MJ fans.

I even took a bunch of pictures of the show, including this one, where Diana was about 5 feet from me! 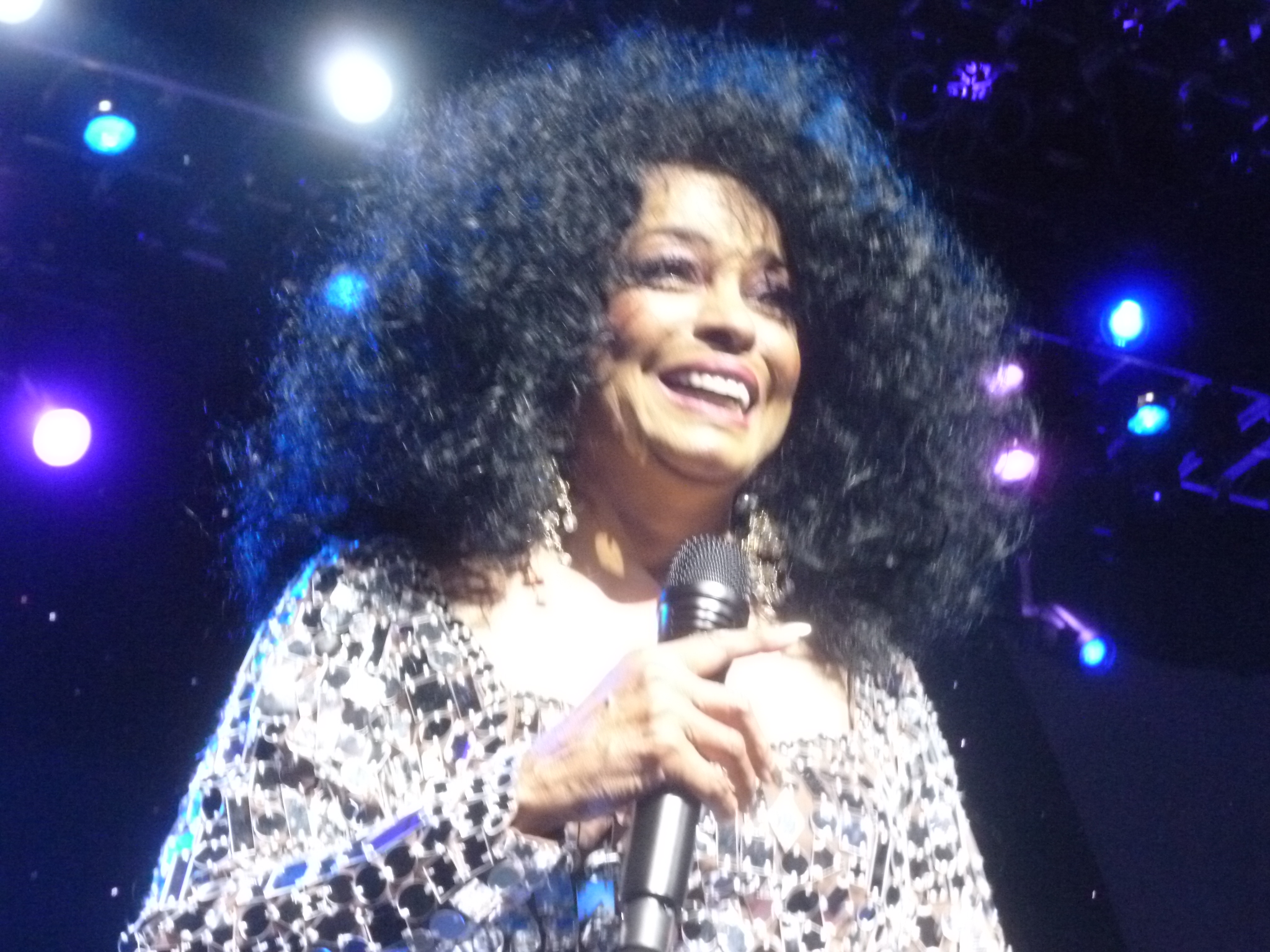