Sneddon, 73, died at Santa Barbara Cottage Hospital with his family at his side, according to Santa Barbara District Attorney Joyce Dudley.

“It is with great sadness that we learned of the death of our former district attorney ... who died today from complications following his cancer diagnosis,” Dudley said in an email to her staff.

Thomas W. Sneddon Jr. was elected to the district attorney’s post in 1983, and served until his retirement in 2010.

On two occasions — in 1993 and 2005 — Sneddon pursued child-molestation charges against Jackson, who lived at Neverland Ranch in the Santa Ynez Valley.

No charges were filed after the 1993 investigation, but the 2005 case went to trial, which drew international attention.

Jackson, who died in 2009, was accused of four counts of molesting a minor, four counts of intoxicating a minor in order to molest him, one count of attempted child molestation, and one count of conspiring to hold the boy and his family captive at his 2,800-acre ranch on Figueroa Mountain Road near Los Olivos.

Sneddon decided to lead the prosecution himself during a trial that drew hundreds of journalists from around the world.

On June 13, 2005, a Superior Court jury found Jackson not guilty on all charges.

Earlier, Jackson took aim at Sneddon in a track on his 1995 double album, HIStory Past, Present and Future, Book 1.

Jackson can be heard singing, “Tom Sneddon is a cold man.”

Fans of Jackson accused Sneddon of having a vendetta against him, an accusation he vehemently denied.

Sneddon, an Army veteran, was raised in California. He earned a bachelor’s degree in history from the University of Notre Dame, and received his law degree from UCLA.

He joined the District Attorney’s Office in 1969, rising through the ranks before being elected to the department’s top spot in 1983.

Sneddon and his wife, Pamela, had nine children.

Dudley told Noozhawk on Saturday night that Sneddon was “a pioneer in many areas of prosecution, especially crimes against vulnerable victims,” noting that he founded the county’s Sexual Assault Response Team.

“He was also a mentor to most of the deputy district attorneys in our county, as well as many DAs throughout our country,” Dudley said.

Sorry, if it's not very Michael-like and all that stuff, but this man has tortured Michael for years and was a corrupt, lying bastard, so that's all I feel about his death:

He put Michael through hell, why should we care? it shouldn't even be posted here, Michael will never have the justice he deserves.

Good riddance, he got what he deserved.

I don't have much to say. I don't want to feel happy when somebody dies but I'm not sad either.

Woww! My first instinct is that one should not be happy over someone else dying but this is Sneddon... The pain he inflicted on MJ was so severe and thats what eventually killed Michael.

I feel sorry for his family's loss, However his actions within life can have a great counteraction after death. I will be one of the kind members and say I am sorry for his "families" loss of there Husband and Father however the things he did in life are unforgivable. With that said I hope he finds peace after all of the corruption and deception he spread-ed upon others including Michael.

Nothing I say will be a positive one so I will close up with Rest well Tom, It was nice knowing you! NOT..

Is there any way to get confirmation of this? I have scoured Google and did not find anything else. Just this article, and am not sure how trustworthy this sit is.

If he did pass, this is all I have to say:

I am so sorry for his family. My condolences go out to them- it is never easy to lose a loved one. But I cannot feel bad for this news. Michael said it best, as the article points out, "Tom Sneddon is a cold man". It is near impossible to feel bad for the death of somebody who, aside from the accusers themselves, worked so hard and so tirelessly for over a decade to try and bring an innocent man down; who worked so hard and tirelessly to destroy the life and legacy of one of the kindest and most influential human beings to have ever lived.

Time to give D.S. a few plays.

Spyce said:
Is there any way to get confirmation of this? I have scoured Google and did not find anything else. Just this article, and am not sure how trustworthy this sit is.
Click to expand...

It's a local Santa Barbara paper and the current Santa Barbara DA Joyce Dudley is quoted in the article. Seems legit to me. Probably it has not made it yet to the national media.

respect77 said:
It's a local Santa Barbara paper and the current Santa Barbara DA Joyce Dudley is quoted in the article. Seems legit to me. Probably it has not made it yet to the national media.
Click to expand...

when are they gonna take CM also?

Zakk said:
when are they gonna take CM also?
Click to expand...

Not yet, Diane Dimond is on the line any time soon - hopefully:angel:

I am not even gonna say what I am gonna say just incase I get banned it on here....I'll just say Bye Whoever you are...Don't let the gates hit on on the way down there

Do not laugh at people's death but his death does not affect me , but where he is now he will perhaps have to be accountable to someone ...

One less corrupt, self-serving bastard in the world.

I am actually really laughing about this. I'm sorry maybe I shouldn't be. After what he did to my beloved Michael. His death totally deserves to be laugh at. And plus I needed to hear some really good news. After how I have been feeling yesterday. Thank you for really cheering me up respect77.

I hope you have joined chandler in hell. if there is one. best news in ages. thats put a smile on my face

Tom Sneddon is a cold man going someplace very hot, hopefully! I refuse to pretend not feeling some kind of ... not happines, but satisfaction over this one.

I hope his last days were twice as painfull as Michael's days during the trial were!!!

I'm not ashamed to feel it.

Nice! Great news. I'm so happy to hear this. I hope it was painful death. I'm sure there's a special place in hell waiting for him. Now he'll suffer and pay for everything he did to MJ.

I'm friggin over-the-moon about this. Shame I've run out of Drinks in my room

I thought it, but you actually said it!

Now, how many times do we have to buy the song "DS" to get it in the charts??? Can someone make an official thread and activate FB and Twitter?

elusive moonwalker said:
I hope you have joined chandler in hell. if there is one. best news in ages. thats put a smile on my face
Click to expand...

Although the damage has been done.....atleast NOW he can leave MJ alone! 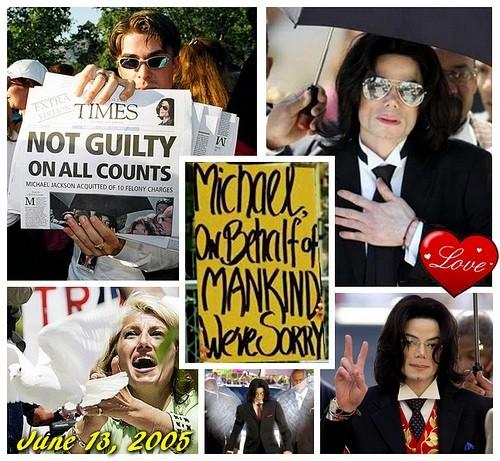 Never forget the pain he caused!