Who is your favourite actor?

I must mention James Earl Jones. He did voice of Darth Vader in Star Wars. Vader has always fascinated me because of his powerful voice. 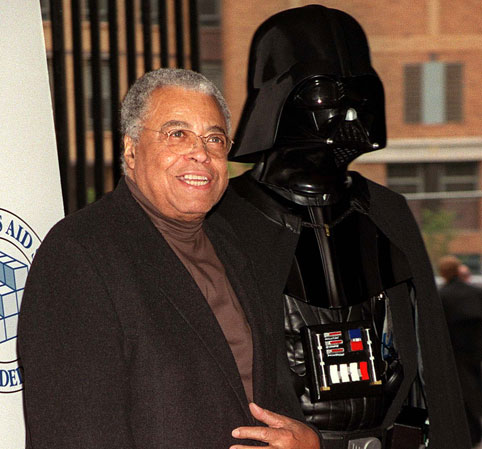 Yeah, but Bruce Willis is my all time favourite actor 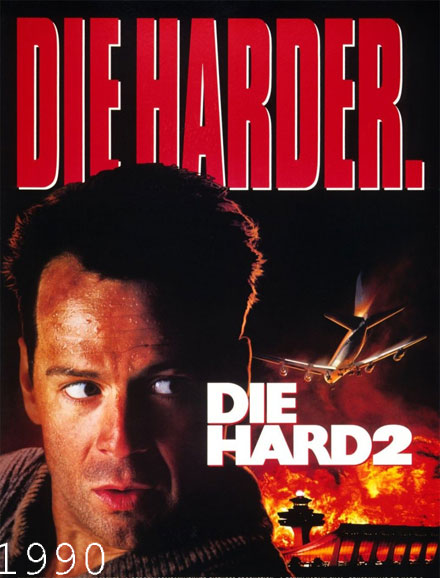 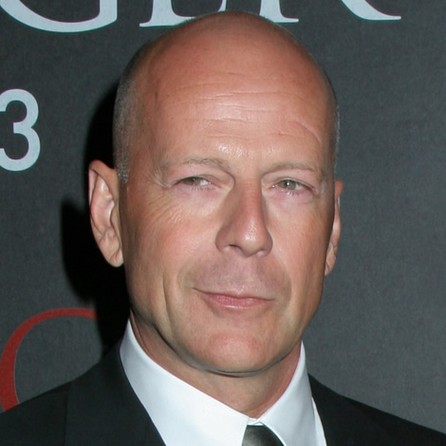 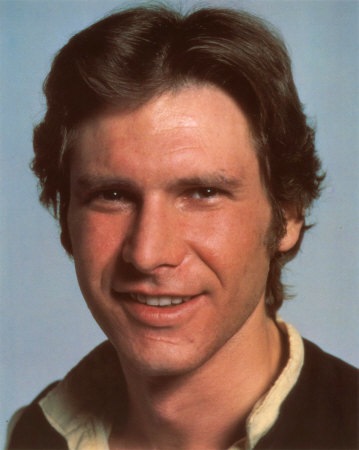 I think he could play almost any role and make it great. I was really getting into Heath Ledger and then he died. It's sad it took Batman for people to notice him.
K

1. Eddie Murphy. He needs to get another good movie because his acting in his recent films was amazing but damn those movies were bad.
2. Michael J. Fox. Amazing actor and an even more amazing person. It's sad that he can't act full time anymore.
3. Bruce Willis. Mostly a fan of Die Hard. Can't wait for 5 and 6!
4. Sylvester Stallone. Looking forward to the Expendables 2.

Kevin Costner..Message in a Bottle
Brittany Murphy..RIP
I have more...I cannot think of them right now..I will add more later...

Heinz Ruehmann. Quite a number of actors of that era, actually.

Sir Charles Spencer Chaplin. His speech in "The Great Dictator" still make me clutch my seat, not wanting to take a breath for fear I could miss something.

Jean Simmons. What she did in "Thornbirds" was lend a credibility to a TV production that made me say- WHO IS THAT WOMAN??

In the traditional 'hunk' category I would like to add George Clooney for having an actual brain. Which is very nice when added to a hunk. Solaris, Oh Brother, Where Art Though, Good Night and Good Luck. Good stuff.

Johnny Depp. Brain, humor and good looks. Awesome actor who knows a good script when he sees one.

I tend to say "Michael Jackson" to a degree. Because people somehow still mistake his public persona for the real person. I think he was a much greater actor than people give him credit for. "Ghosts" gave me a taste that left me wanting more. Unfortunately we never got 'more'.

^^ I agree with you about Michael

I love Edward Norton, Hugh Jackman, Nicolas Cage....and I wouldn't mind seeing Eminem do more movies....I was pleasantly surprised of him in '8 Mile'

I love Johnny Depp!! Can I add my actress? Who is Whoopi Goldberg!

Out of all of them Shahrukh or King Khan to his fans is my number 1 favorite. I definitely think he is the most greatest actor in the entire world.

I don't have a favorite actress in terms of acting...

Alan Rickman, definitely. He's so good that I had seen three or four films with Rickman in them without realising that the same person played all my favourite characters in those films. Martin Freeman. He's been on Hitchhiker's guide to the galaxy, Love actually and Sherlock, the BBC series.

Charles Chaplin, one of my all-time favorites. 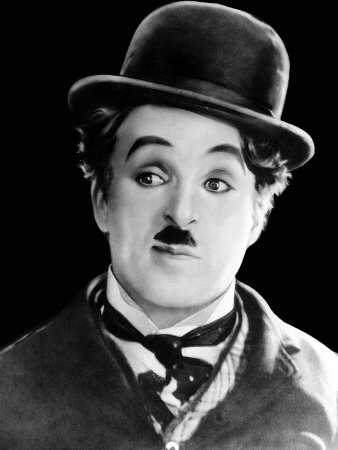 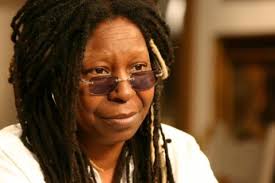 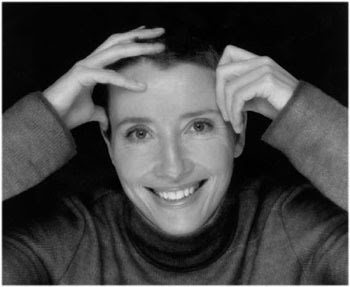 And a few others like Tom Hanks, Hugo Weaving, Harrison Ford, Cate Blanchett and Meryl Streep.

The one and only Jack Nicholson!

Anthony Hopkins. Tom Hanks (a tie between these two, I can't really choose). Vivien Leigh. Charles Chaplin. Eric Braeden. Denzel Washington. Antonio Banderas/Andy Garcia (love the specific Latin passion they're oozing in their roles). And Michael (Jackson): because of his unique passion, sensitivity and life experience, and his non-counterfeited innocence and depth of spirit, he could've made wonders on the movie screen had he received much better roles. The skit he made with Flip Wilson, his role in 'Ghosts' and some other instances I've yet to list, including comedy ones, but due to time pressure, I can't right now, are wonderful examples. So, yeah...

Used to also like Anastasia Kinsky and Cher. .. And I may have missed a couple of others.
L

He is also a Director, a Martial Artist, a Stuntman, a Screen Writer, a Action Choreographer, a Producer, a Comedian, a Singer, a Entrepreneur and a Philanthropist!!!!

He has even got his own cartoon!!!

Location
A place without no name

It's a bigger list but I'll just say two actors that I love:
The first is Johnny Depp, I love him in Edward Scissor-hands and Jack Sparrows in the 'Pirates of the Caribbean' and Willy Wonka of 'Charllie and the Chocolate Factory'. He's great.
The another is the Brazilian actor Wagner Moura, he was the Lt. Colonel Nascimento in the Elite Squad series of films and is known in Brazilian soap operas. He's amazing and will be a villain in Neill Blomkamp&#8217;s District 9. :wild:
I really love them.

Favourite live-action actors/actresses in my favourite roles (I've had a crush on almost all these characters):

I hope plays/musicals count. Although I've only seen him in the Notre-Dame de Paris musical, Marakulin's performance is true to the character enough for me to name him as my favourite actor--ever. He totally looks like how I imagined Frollo to look in the novel, and his torturedness is absolutely delicious. Plus, he's sexy. 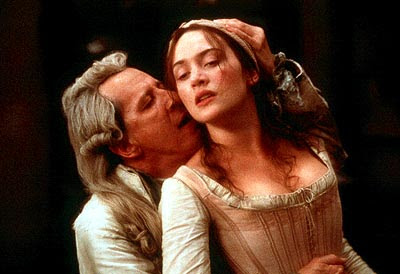 As you can probably tell, I absolutely adore the film Quills, despite its historical inaccuracies. Rush is completely brilliant as the Marquis de Sade, not to mention hot, lol. He totally made the film. I also enjoyed him as Captain Barbossa in the Pirates of the Caribbean films.

I loved him as Eugene Onegin in Onegin, although I also loved him as Amon Goeth in Schindler's List. Without him, that leviathan of a film would have been unbearable.

I adored him in Charlie and the Chocolate Factory, although I think he excels in most of his roles. I like him as Jack Sparrow, Victor van Dort, Edward Scissorhands, etc. However, I hated him in Burton's Alice in Wonderland, which was a complete disappointment in every regard.

Frollo will always be my all-time favourite Western animated character, and Jay did a stupendous job voice acting him. 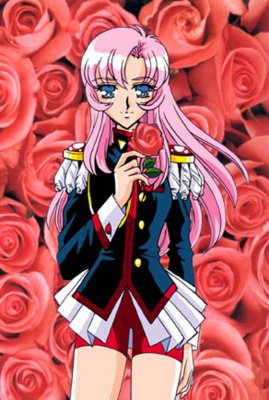 She's lent her voice to various characters from different anime series, among them Rosette Christopher from Chrno Crusade and Mariko Kurama from Elfen Lied, but her best work was in providing a voice for Revolutionary Girl Utena's Utena Tenjou. He voiced Akio Ohtori in Revolutionary Girl Utena. His voice work was so superb, it grants him a no. 03 spot on this list. :3
W

Alan Rickman, I can't believe I forgot him on my first post.

I must mention James Earl Jones. He did voice of Darth Vader in Star Wars. Vader has always fascinated me because of his powerful voice.

Yeah, but Bruce Willis is my all time favourite actor

Steve McQueen. They don't make 'em like him anymore. Actors or men.

it's a 4 way tie between

I absolutely adore him. Seriously talented and beautiful too. :heart:
M

If its just actors the Johnny Depp but if it included actresses then Sandra Bullock :wub:

Leonardo di Caprio is fantastic. He can really act, and he gets better with every film :wub:
M