I will start this thread as June 25th is approaching...

one day we will meet at the poetÂ’s tree. i love and miss you always. happy fathers day.

Whoohoo! The timetable of MJ Memorial Day Live is finished! Check the schedule to see the timeslots of your favorite guests and plan away! Or, for the real die-hard @michaeljackson fans, do the whole 12-hour live stream marathon with us! pic.twitter.com/dDEvvyBpUn&mdash; KingOfPopEvents (@KingOfPopEvents) June 20, 2021

This month marks exactly 12 years, 12 DAMN YEARS since #MichaelJackson left us. The injustices that followed even after his passing, his family had to endure. But both family and all of us who loved him dearly, have prevailed. Because true justice always comes delayed. #MJFam pic.twitter.com/3I5dMQev1c&mdash; Ika Ferrer GotiÄ‡ (@IkaFerrerGotic) June 7, 2021

Tomorrow, I'll be watching the Jackson 5 & early Michael videos, then short films & movies. It's been #12YearsWithoutMichaelJackson, this year I'm celebrating his life instead of mourning him.

.@tjjackson, singer and nephew of @michaeljackson talked with @SharonReedLive + @ItsMikeHill about the legacy of #MichaelJackson's music. He says, "No matter how big of a star he was, he wanted to be a wonderful human first." pic.twitter.com/xLgLYIYPf4&mdash; BNC (@BNCNews) June 24, 2021

So glad I was finally able to visit you this year for my Birthday! #12yearswithoutMichaelJackson pic.twitter.com/xX3FkOOwGY&mdash; Victoria (@victoriadeedee1) June 24, 2021

On this day 12 years ago the whole world stood still. We lost a genius, a legend and the greatest entertainer of all time. Gonna be watching Moonwalker and Wembley 1988 today in honor of him.

Remembering Michael Jackson with love & respect today on the 12th anniversary of his passing.

You can read about some of my fond memories in a new interview at https://t.co/c9wkmpDuBG

#12YearsWithoutMichaelJackson has been trending for over 14 hours at this point. I think the longest I've seen is 21 hours. Please continue to use the hashtag. Michael has trended more this year than ever, thanks to fans/activists. We love and miss you Michael. https://t.co/SynvS0emcG&mdash; andjustice4some (@andjustice4some) June 25, 2021 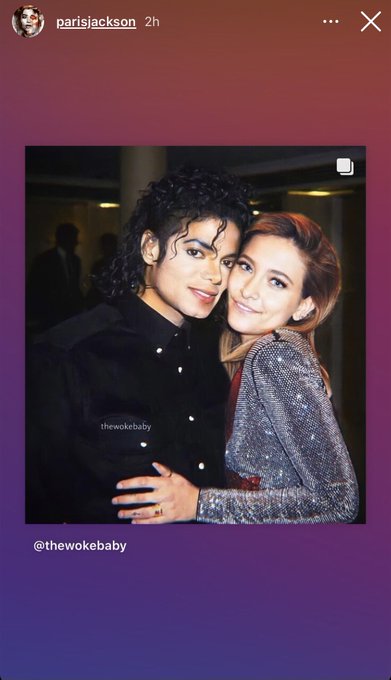 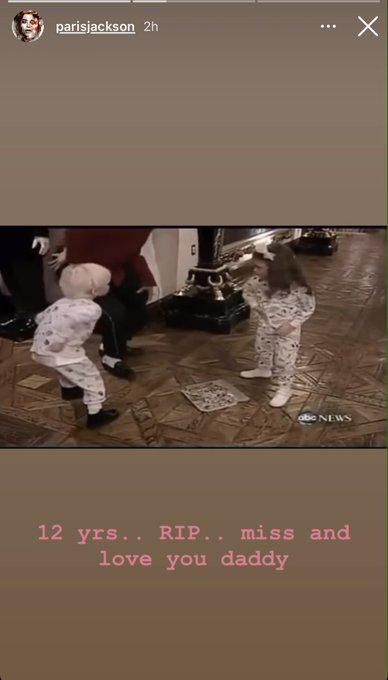 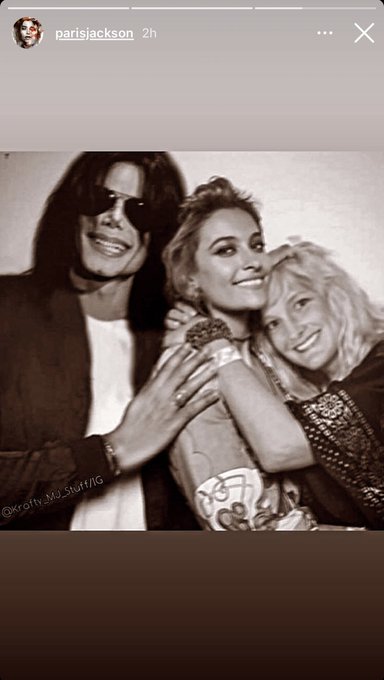 I still remember the very last time you told me you loved meâ€¦.12 years ago around this time on June 25, 2009â€¦.Missing you and love you always @michaeljacksonâ€¦.í ½í¹ #12yearswithoutmichaeljackson #MichaelJackson pic.twitter.com/aTqexldLRC&mdash; Jonathan â€œSugarfootâ€ Moffett (@jsugarfootm) June 25, 2021 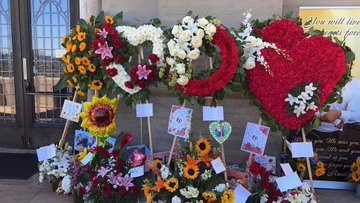 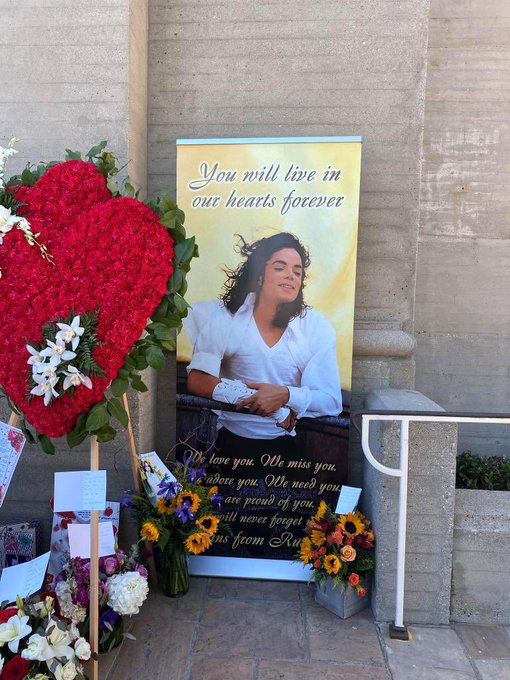 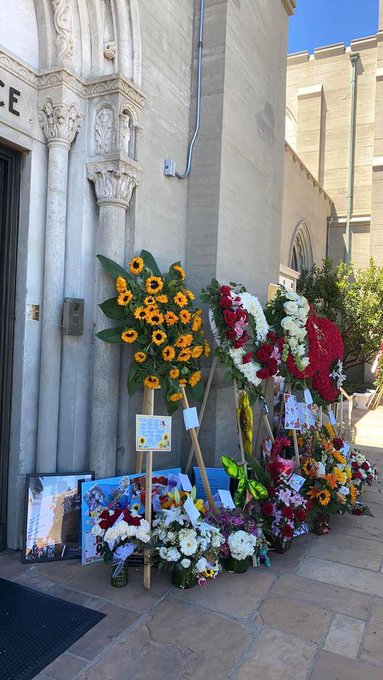 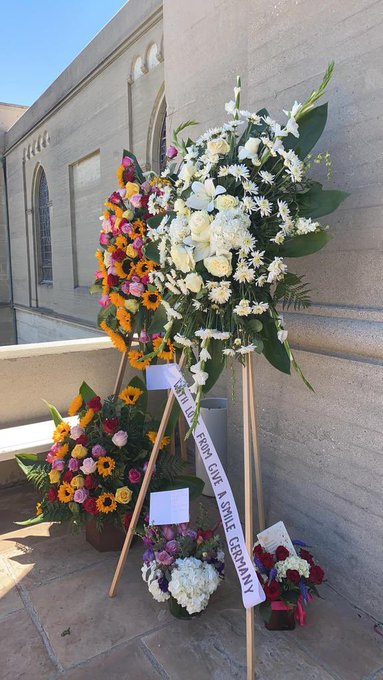 The trauma of 12 years ago is etched permanently into my mind and the world got a lot darker that day. But instead of focusing on pain, I focus on love and the joy and healing you've given me for over 3 decades. I love you more â¤ï¸ #12YearsWithoutMichaelJackson pic.twitter.com/ouXTAlmgJY&mdash; casey rain aka s-endz (@CaseyRain) June 25, 2021

You were always there for me and my brothers. Teaching and showing us how to be the best person we could. Thank you Uncle Michael for being such an amazing uncle and for all the wonderful memories and experiences you gave me in my life. I will always love you and miss you. - Meho&mdash; TJ Jackson (@tjjackson) June 25, 2021

"A thousand years from now, when the history of popular music is examined, no single performer will be as remembered and celebrated as Michael Jackson." - Prince Albert of Monaco #12YearsWithoutMichaelJackson pic.twitter.com/WsbyomMWHs&mdash; andjustice4some (@andjustice4some) June 25, 2021

Forever in my heart â¤ï¸

12 years ago on June 25th, 2009. As We huddled on the front lawn of UCLA Medical Center, the world as I knew it ended forever. We saw him alive just a few hours earlier. Nothing has made sense ever since. My heart is forever broken. ðŸ’” pic.twitter.com/PEAYWZymZk&mdash; SamanthaDGosson (@SamanthaDGosson) June 25, 2021

You gave us everything you had.
45 years out of 50 that you spent on this planet, you were a light for so many.
We won't allow that light to be snuffed out. A world without you is already dark enough... And today it's even darker.#12YearsWithoutMichaelJackson pic.twitter.com/LS2RbzeLJU&mdash; Salazar (@MikeSalazar777) June 25, 2021

Of course you know exactly where you were 12 years ago, today.

One of the saddest days of my life! I will never forget. You are loved, you are the light, you are the greatest, you will always be with us! May you continue to #RIPMJ #MichaelJackson #MichaelJacksonForever #Mood #12YearsWithoutMichaelJackson pic.twitter.com/r9iAhA0FdC&mdash; La Toya Jackson (@latoyajackson) June 25, 2021

Remembering Michael Jackson with love & respect, on this day, the 12th anniversary of his passing.

June 25th is a longing for a missing part,
a hallow space in oneÂ’s slow beating heart.

Although IÂ’m filled with sadness that youÂ’re no longer here,
through your incredible body of work, we can feel you near.

Your leaving this world caused such pain,
however, your life was not futile, it did not go in vain.

It's hard to believe that's been 12 years since Michael Jackson passed away.

On Friday (June 25), fans paid tribute to the King of Pop on social media, where #MichaelJackson became a trending topic in numerous countries.

According to social media posts, some fans even visited the outside of Jackson's boyhood home in Gary, Indiana. People left notes, flowers and memorabilia.

Fans also used social media to convey their memories, admiration, along with thoughts and prayers for the music icon and his family.

Jonathan Moffett, Jackson's drummer of 30 years, also took to Twitter to honor his late friend. "I still remember the very last time you told me you loved meâ€¦.12 years ago around this time on June 25, 2009â€¦. Missing you and love you always," he wrote.


Read More and see tributes to the King of Pop, below.

Michael Jackson's daughter Paris shares sweet tribute to dad on anniversary of his death
Paris Jackson - who lost her dad, Michael Jackson, when she was eleven years old - paid tribute to the musician on social media
https://www.mirror.co.uk/3am/celebrity-news/michael-jacksons-daughter-paris-shares-24399912
A

Another year without you... If only I could have met you in this lifetime. I love and miss you, Michael.

I moved to Vienna a couple of months ago and there's a very smalll town not far away (Mistelbach) which I guess some of you might have heard about... It's simply astonishing that you can find a beautiful MJ-monument in the middle of nowhere. Yesterday, I finally got around visiting this lovely place.

naomi
On this day 12 years ago I would never forget the deep sadness that swept through us all .. the world .. THE KING OF POP . Michael I will never forget your friendship . . You will forever be in my and our hearts .there will never be another #KING

It was such a beautiful day at Forest Lawn. So many loving fans for #MichaelJackson showed up, all dancing and singing to celebrate his great legacy. 12 years gone, but still making impacts. #mjfam #mj #KingOfPop @andjustice4some pic.twitter.com/tClt9fXdjO&mdash; alexis â˜¾ (@parrisstardust) June 26, 2021

A helicopter is circulating around forests lawn and it says Â“Michael Jackson 1958-Forever we â¤ï¸ you moreÂ”#12YearsWithoutMichaelJackson pic.twitter.com/nqvp86pdeW&mdash; Constantinos Isaias (@IsaiasThoughts) June 25, 2021

ItÂ’s been 12 years. DoesnÂ’t even feel like it. My forever friend â¤ï¸â¤ï¸â¤ï¸miss you #MichaelJackson thankful you left me with lasting memories and great music. #TheKingOfPop #NoOneCanDoItBetter pic.twitter.com/zWJ7bVTmHQ&mdash; Stephanie Mills (@PrettyMill1) June 26, 2021 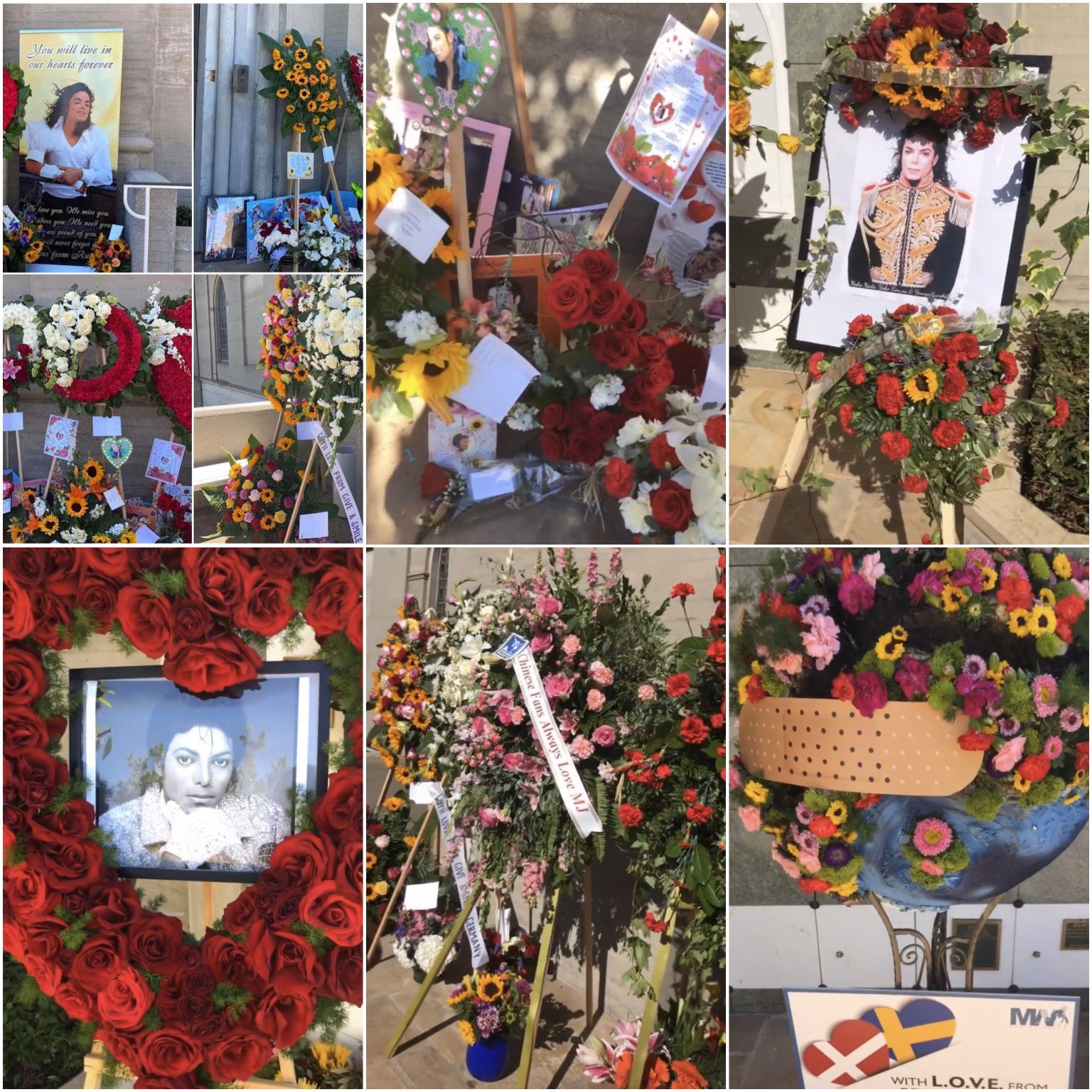 12 years ago Michael Jackson passed away, I remember the pain in my DadÂ’s voice when he told me. Michael was The King of Pop! But he was also an amazing friend, a wonderful father to his kids, so kind and funny! That was the Michael my family knew and loved, he is missed! â¤ï¸ pic.twitter.com/lMcxpLIejb&mdash; Belinda Dileo (@belindadileo) June 25, 2021

MJ and Nip (Whitney) both changed my life forever! Personally, and of course in this business. I'll be forever grateful to both of them. Not just for me, but for the extraordinary musical legacies they left to the world! M~ #MichaelJackson #WhitneyHouston https://t.co/J6mCHqEpzx&mdash; michael bearden (@MichaelBearden) June 25, 2021

I had a lucid dream about Michael the other night. When I say lucid to me those are sleep visits. He was hugging me & inviting me into his home & to go kayak ðŸ˜ I felt protected in that unique way he had. I woke up and realized it was the anniversary. Thanks for the visit, MJ!&mdash; Laura Bottrell (@LBottrell808) June 25, 2021

12 years ago the world lost a legend. MJ was a giant inspiration to so many. It's beautiful to see the love with hand made cards at FL and how he is missed to this day. His legacy continues. #12YearsWithoutMichaelJackson
#12yearswithoutmj @andjustice4some@sanemjfan @SeanyKane pic.twitter.com/La8HwfjQUZ&mdash; hannah kozak (@hannahkozak) June 25, 2021

I just want to thank everyone who donated. ItÂ’s amazing to see how beautiful lot MichaelÂ’s fans come together for him. He is cherished by all of us & hope he smiled down at us. We â™¥ï¸ you Mike. Thank you for everything. â™¥ï¸ï¿½ï¿½ #MichaelJackson https://t.co/stnRipLILr&mdash; Khaira (@ladyinhislifee) June 26, 2021

Such a beautiful dove releasing ceremony for #MichaelJackson at Forest Lawn. â¤ï¸ Doves are peace and love, just what he represented and thrived for in life and death. #mjfam #MJ @andjustice4some pic.twitter.com/ROFqKo4UpL&mdash; alexis â˜¾ (@parrisstardust) June 25, 2021

#12YearsWithoutMichaelJackson Chinese fansÂ’ flowers have arrived at the Forest Lawn! We are here with you. Miss you so much. pic.twitter.com/VSSa2YjXNa&mdash; Keen Zhang (@mkgenie) June 25, 2021


I cant believe that itÂ’s been #12YearsWithoutMichaelJackson Your music still and will continue to entertain the world for future generations. I miss you Applehead.&mdash; Brett Barnes ï¿½ï¿½âœŠï¿½ï¿½ (@IAmBrettBarnes) June 26, 2021

The preparation of the event is in full swing in Moscow... ðŸ’” #12YearsWithoutMichaelJackson pic.twitter.com/upriixXXWW&mdash; HIStory: the One á´¹á´¶ (@historytheone) June 25, 2021

@lavellesmithjr
https://www.instagram.com/lavellesmithjr/
To @michaeljackson fans around the world: Today is a special day for celebrating the magic and the music of one man: the King of Pop, my friend Michael. Let's play our favorite songs and dance our favorite steps and remember all that he gave us during his short time on this planet. Let's dance, let's shout... shake your bodies down to the ground! â¤ Share and spread LOVE... . . #michaeljackson #kingofpop #lovelivesforever #dangerous #love #friend #historytour #apollotheater 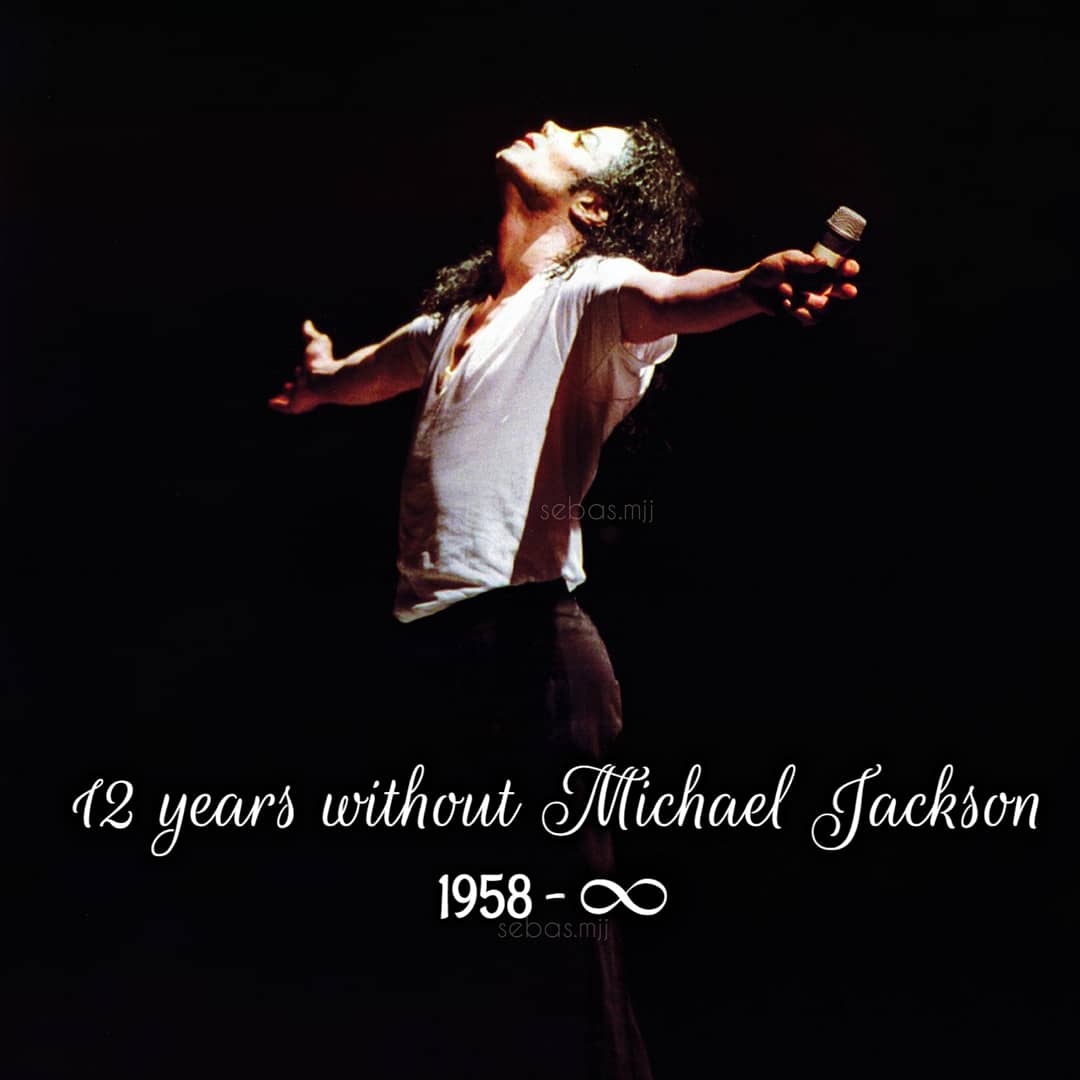