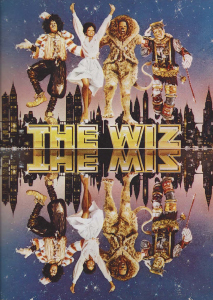 Universal Studios Home Entertainment is planning to release "The Wiz" 30th Anniversary Edition DVD on February 5, 2008. The DVD release will include a digitally remastered picture, all-new 5.1 surround sound, and the vintage featurette "Wiz on Down the Road." As an added bonus, there will be an 8-song CD featuring songs from the original soundtrack. "The Wiz" was nominated for 4 Academy Awards.

The Making Of Micheal Jackson's Thriller 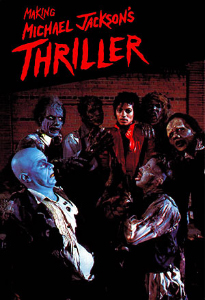 Released on video in 1983. The video thriller was the first big-budget music video or short film, featuring all the latest special effects of the time. This video shows the behind-the-scenes making of the "Thriller" music video. The video includes the full-length video "Thriller" plus the Jackson 5's appearance on the Ed Sullivan Show, the "Can You Feel It" video, "Beat It" video, Michael's performance of "Billie Jean" at Motown 25, as well as interviews with Michael Jackson and some of the cast and crew. Running time 60 mins. 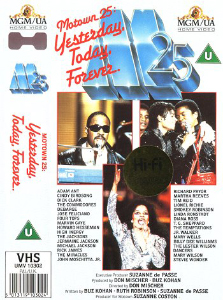 Released in 1983 this is a video of the Motown 25th anniversary special. This 2 hour special features Michael and the Jackson 5, Michael then says how he likes the old songs, but also the new songs, and goes on to perform live "Billie Jean" featuring the famous Moonwalk for the first time. Absolutely awesome. Also features all the Motown greats, Diana Ross, Steve Wonder, Marvin Gaye, Lionel Richie, and much more. Running time 130 mins.


We Are The World - The Story Behind The Song Released in 1985. The song "We Are The World" was written by Michael Jackson and Lionel Richie and produced by Quincy Jones. This video, narrated by Jane Fonda takes look behind the scenes on the night of January 28, 1985, when 45 American pop stars came together to record the song to raise money to reduce hunger in the U.S and Africa.

We Are The World: The USA For Africa 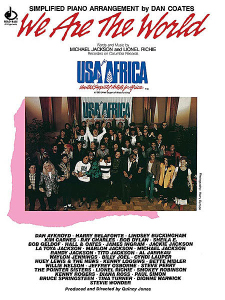 'Artists for Africa' was a project to support Africa and America and stop world hunger.

Quote from the cover: "The video documents the making of a miracle. It's the story of a dream that became a song, then an event, and finally a worldwide movement with one vitally important goal: to help put an end to world hunger."

The video is narrated by Jane Fonda and is a great look behind the scenes of 'We Are The World'! 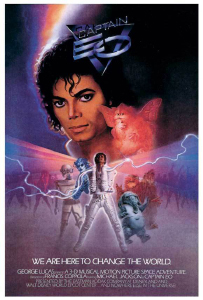 1986 although never commercially released. This 3D science fiction musical film was shown as an attraction in the Disney theme parks around the world. Michael plays Captain EO, a commander of a spaceship who has to is to visit a planet ruled by an evil leader (played by Anjelica Houston). Captain EO and his crew must deliver a special gift to bring love and happiness to the planet through music and dance (including a moonwalk). The film features the songs "We Are Here To Change The World" and "Another Part Of Me" and was directed by Francis Ford Coppola and produced by George Lucas. running time 17mins. Released in 1988 on video. A full-length features film described as a magical musical journey into the world of Michael Jackson. The evil Mr. Big (played by Joe Pesci) has kidnapped Michael's friend Katie to try and trap and destroy Michael and get the world's children addicted to drugs. Michael's character has superhuman powers with a wish on his lucky star and the encouragement of his young friends. Includes live performances of Man In The Mirror and Come Together, and music videos of Speed Demon, Leave Me Alone, Smooth Criminal as well as a parody of Bad performed by children, called "Badder" Running time 94mins.

This movie was also released as laser videodisc. Released on video in 1988. This video traces the steps of Michael Jackson from the very beginning of the Jackson 5 right up to the 1988 Bad world tour. Full of rare film footage from the Motown records and the Jackson family. Full of special guests, including Katherine Hepburn, Quincy Jones, Smokey Robinson, Sophia Loren, Elizabeth Taylor, Sammy Davis Jr, and much more. Running time 53 mins. Released on video 1993. A compilation of the short films released from the Dangerous album. Also takes a look at the making of some of the videos as well as appearances at the Superbowl, the Grammy awards, and the NAACP awards and highlights from the Dangerous world tour. Tracks featured: Black Or White, 2thSuperbowl Heal The World, Remember The Time, Will You Be There, In The Closet, Gone Too Soon, Jam, Heal The World, Give In To Me, Who Is It, and Dangerous. Released 1994. Features Michael's breathtaking live performance of 'The Way You Make Me Feel' and 'Man In The Mirror' at the 30th Annual Grammy Awards, March 2nd, 1988. Running time 60 mins.


HIStory on Film - Past, Present, and Future Book I Released 1996. A compilation of Michael's greatest music videos and short films. Tracks featured: Kleiser WalczakBrace Yourself, Billie Jean, The Way You Make Me Feel, Black Or White, Rock With You, Bad, Thriller, Beat It, Remember The Time, Don't Stop 'Til You Get Enough, and Heal The World. Running time 75 mins. 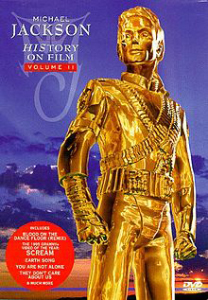 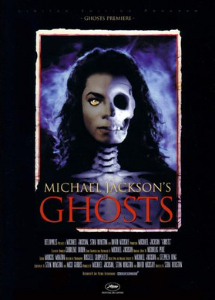 Released in 1997. introduced to the world at the Cannes Music festival in 1996, 'Ghosts' is based on a story by Michael Jackson and author Steven King. Michael plays the role of 5 different characters in the 37-minute film. Michael plays the role of Maestro who lives in a haunted-style mansion. The townspeople led by the mayor (Michael) go to Maestro's mansion to try and rid him of the town because he is supposedly "scaring the children". In true Michael style, the film features all the latest special effects combined with great dance scenes. Features songs "Too Bad", "Ghosts", and "Is It Scary" which are from the albums 'HIStory' and 'Blood On The Dance Floor'. Running time 38 mins. 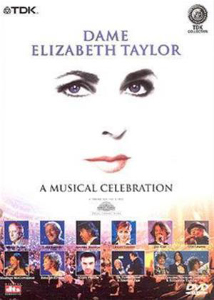 'Dame Elizabeth - A Musical Celebration' was an evening held at Royal Albert Hall in London to honor Liz Taylor's work. Michael Jackson escorted her to the event and was by her side the whole time.

You can see Michael several times. He is sitting at Liz Taylor's left side during the whole evening. Michael passes Liz a bouquet of white flowers and joins the other artists on stage at the end of the show. A *must* for every fan. Michael Jackson, The One is the DVD release of a CBS special that aired in January 2004. Released by Epic Records, it includes interviews with other celebrities about Jackson's influence on music and pop culture and also contains clips from Jackson's previous music videos. It was certified Gold in the US five months after release, with shipments amassing 50,000 units by that point. The certification body of the US—the RIAA—recognizes the DVD as an official Michael Jackson production. It was also released on Video CD format, in several Asian countries such as India and Thailand.