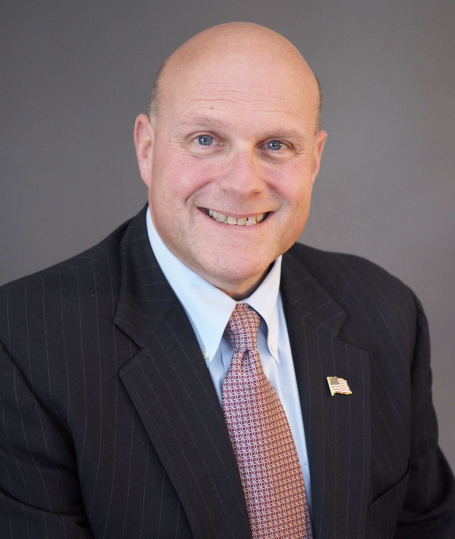 MJJCommunity had the exclusive chance to conduct an interview with Patrick Allocco who is a principal partner of AllGood Entertainment we thank him for taking this time out of his busy schedule to talk to MJJCommunity.

Q: Please tell us about your company, All Good Entertainment.

AllGood Entertainment, Inc., is a concert promoter based in New Jersey, who promotes concerts in New Jersey, New York, Puerto Rico, the Caribbean and South America. In 2007, he has started operations in the United Arab Emirates and India. We are a young and vigorous company, AllGood has produced successful shows in venues in New York and New Jersey as well as in Puerto Rico and Tobago in The Caribbean with Bon Jovi, Stevie Wonder, Sting, Diddy, Julio Iglesias, Earth, Wind and Fire, Patti LaBelle, Natalie Cole, Paulina Rubio, John Leguizamo, Lindsay Lohan, and Raven Symone, among others. Our core competency is promoting significant one-off events and festivals.

Q: How did you come into contact with Frank DiLeo?

Shortly after meeting with Mr Joe Jackson in Las Vegas about the proposed Jackson Family Reunion Concert, my associate recommended that we follow up with Frank. We met Frank and his Partner, Mark Lamicka, in Nashville a few weeks later.

Q: Did Mr. Frank DiLeo at any time, represent himself as Michael Jackson's signatory agent/manager? Were you aware of Dr. Tohme R. Tohme being Michael's business manager?

The Dileo/Jackson contract speaks for itself; Frank and Mark both represented that he [Frank] had several phone conversations with MJ and that he was supportive of our event. Frank obviously executed an agreement that is binding upon Michael, Janet, and the brothers. Dr Tohme was always positioned as the spokesperson or business manager representing the financial interests of Colony Capital.

Q: Tell us about the concert that was planned by All Good Entertainment and agreed to by Frank DiLeo.

The proposed event was for one historic reunion for the world to see. The event would reunite all of the Jacksons’ on stage for a worldwide Pay Per View event to be held on or about July 2009. It was the single biggest offer to an artist in the history of the concert business.

Q: At any time did Frank DiLeo disclose to All Good Entertainment that Michael was already in negotiations with AEG via his business manager Dr Tohme R. Tohme?

No. We first learned of the O2 dates on January 7, when one of our Partners had learned from someone inside of AEG that the negotiations were very close to being finalized and that AEG expected to announce shortly after the Grammys. On January 21, we learned from an individual who had dined with Tohme the previous evening that MJ was committed to a “very big project” which we assumed was the AEG deal.

Q: Are you in any way, attempting to block the This Is It concert series from happening?

We are trying to secure our date for next year’s family reunion concert in Dallas. To that end, we will use every tool in our shed to enforce our contractual right to that event.

Q: On Nov 1st, 2008, Michael Jackson via his manager Dr Tohme R. Tohme released the following statement: “My brothers and sisters have my full love and support, and we’ve certainly shared many great experiences. But at this time I have no plans to record or tour with them. I am now in the studio developing new and exciting projects that I look forward to sharing with my fans in concert soon.” Did Frank DiLeo ever notify you of this statement?

No. The statement, however, was in response to a comment made by Jermaine while in Australia. We actually did raise the issue of Jermaine’s “Family Tour” comment with Dileo and he dismissed it as “Jermaine’s attempt at keeping the press focused on him.” The Tohme comment did not affect our proposal since we were contemplating a tour.

Q: Did All Good Entertainment retain Frank DiLeo for a fee of two million dollars to secure Michael Jackson and his family for the reunion concert?

We knew of several failed attempts by AEG to get MJ to commit to a “Prince” like a deal at the O2; we had no knowledge of any ongoing negotiations until January 7, 2009.

Q: Are you planning on filing a lawsuit in federal court against Frank DiLeo?

Very, unfortunately, yes – a lawsuit is now imminent and will be filed in Federal Court. I have made every possible effort to try to secure our concert for next year, but Frank Dileo has poisoned Michael on the idea and told me that “it’s not going to happen.”

Q: What would you like to tell Michael Jackson's fans about this situation? Do you feel like you have been defrauded?

I want MJ’s fans to know that we always put Michael’s and the family’s interests above our own. We were told by Michael that he had “another commitment” and he would perform our show as long as it didn’t conflict. When it was confirmed that he was talking about the London dates, we were always amenable to working around the shows. When MJ told us that he would perform our show when he came back from London, we agreed to a summer 2010 date. Unlike other individuals or companies who have filed lawsuits against MJ seeking astronomical damages, we are trying to put a historic amount of money back into his pocket through our one-night-only U.S. concert.