MEMORIES OF MICHAEL By Stuart Backerman 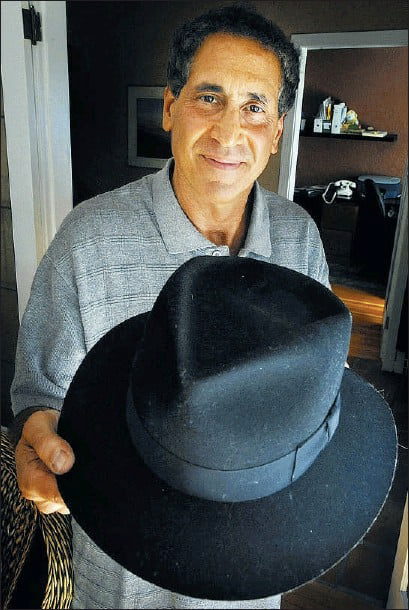 Michael Jackson. The name still resonates with millions of people around the world, conjuring up dozens of hit songs and incandescent performances that were an otherworldly experience for those who witnessed, Michael Jackson, at the peak of his powers.

I was one of Michael‘s biggest fans long before I started working for him, so when I received a call from Michael in Neverland that he wanted me to be his official spokesman and publicist, it was a dream come true.

I was thrilled, needless to say, when I heard his gentle voice at the end of the line saying, “Stuart, I just want to tell you I’m delighted to have you on board as part of the team. I can’t wait to meet you. I just want to say, ‘Welcome.’”

I reflected on that special moment as I was sitting in the Neil Simon Theatre in New York earlier this year waiting for the curtain to rise on another sold-out performance of MJ: The Michael Jackson Musical, and feeling the electric sense of anticipation running through the crowd.

I started working for Michael in the spring of 2002 as part of a new management team that was dedicated to reviving Michael’s career, not only through his music but through a number of visionary enterprises that would leverage his unique artistic vision and entertainment genius.

I still have vivid memories of those heady, exhilarating days and of our first meeting when I flew from Vancouver, British Columbia, to Los Angeles, renting a car for the trip to Neverland.

As I drove through the iconic gates on an idyllic sun-splashed morning, passing the thousands of blossoms that lined the shaded walkways, the melodic strains of Walt Disney’s “Fantasia,” coming from cleverly concealed speakers, gently wafted me into the magical world of Neverland.

Michael was having lunch on the patio behind his impressive Tudor-style house, so I joined him, his nanny Grace Rwaramba, and Blanket, Paris and Prince, eleven months old and five and six respectively, along with Dieter Wiesner, Michael’s closest advisor, who he’d first met in Germany in 1995 and who had become a father-figure to him over the years.

“Great to meet you, Stuart,” he said, enthusiastically clasping my hand, his grip strong and masculine, firmer than I expected.

He introduced me to Paris and Prince, explaining that I was working for him and that I was from Canada.

I didn’t know what she’d read or knew about Canada, but she was at least curious about my country, for the words popped out of her mouth with an engaging ingenuousness, “Does it always snow in Canada, Stuart?” she asked.

I grinned. “No, Paris, and we don’t all live in igloos, either.” She laughed; her eyes bright.

I wasn’t sure Paris even knew what an igloo was, but I told her we had a mild climate in Vancouver and invited her and her brothers to visit with their dad.

“I’d be happy to show you around, and I’m sure you’d love it there,” I added.

They both beamed at the thought before standing up, shucking off their tops and plunging into the pool, tossing an inflatable beach ball back and forth and splashing about amid squeals of laughter.

Dieter and Michael and I discussed the plans of the team for Michael’s career, and I spoke to him about his fans, saying how fortunate he was to have the greatest fans of any entertainer in the world, and that we planned to reach out to them in new and unprecedented ways.

Michael responded immediately, saying how much he loved his fans and appreciated their support.

“Stuart, outside my family, my fans are the most important thing to me. I want you to do everything that you can to help me connect with them in a more personal way.”

The members of the team and I took Michael’s directive to heart, initiating a series of events that did exactly that.

We orchestrated his return to Gary, Indiana, and arranged a lavish 45th birthday bash at the Orpheum Theatre in Los Angeles with the help of Michael Jackson’s fan clubs, who once again proved their enduring commitment to their idol and critical importance to the success of his career, and opened Neverland to the fans for a celebrity charity event, all of which brought Michael a tremendous feeling of satisfaction.

I think Michael’s return to Gary was the most meaningful to him. Returning to his roots was truly a healing experience and I don’t think he ever signed as many autographs in one day as he did the day he returned to his birthplace at 2300 Jackson Street and to where his incredible career started.

“I want Dieter to show you everything here at Neverland,” Michael said when we finished chatting. “I want you to see all of it, so you know just how beautiful it is.”

Dieter and I hopped into a golf cart for a tour of the estate, so that I could see the famous landmarks that I’d already read so much about, including the zoo with its elephant, a gift from Elizabeth Tay- lor, and the giraffes and assorted other exotic animals.

Michael emerged from the house when we returned and asked if Dieter had shown me the movie theatre.

We had only driven past it but hadn’t gone inside. “You got to see it,” Michael said. “I’ll take you there.” So, I hopped into the golf cart again and we zoomed off, arriving moments later.

Michael ushered me into the lobby and proudly showed me the theatre itself with its fifty or so plush burgundy seats. “Stuart, I want to show you something,” he said.

He opened a side door in the lobby and I followed him into a large room with about a dozen wheeled clothes hangers laden with his costumes and uniforms and sequined gloves as well.

He rolled the hangars away to reveal a floor-to-ceiling mirror that ran the entire length of the wall.

“Stuart, watch this,” he said, grabbing a black fedora from a basket and slinging it over his head with a mischievous grin.

He tipped it down over his eyes and started to moonwalk. I stood transfixed, mesmerized by the illusion of Michael walking backwards and forward at the same time, feeling a shiver run through me as I witnessed him perform his iconic dance move in person.

He did it twice alongside the mirror, classic Michael Jackson, a private performance from the legend himself.

I felt so privileged at that moment, so touched by his generosity of spirit and his gift of friendship.

“How do you like that, Stuart?” he laughed, lifting the hat and grinning at me. “Here, I want you to have this,” he said, tossing me the hat. “I know that we’re going to do great things together.”

We returned to the house and re-joined Dieter, Michael and I said our goodbyes.

To my surprise, just as I was about to leave, he dashed out of the house with a book in his hand.

I knew that Michael loved comics and had always wanted to buy Marvel and even star in his own production of Spiderman, so he was perhaps hoping the team could help him to rekindle that dream as he handed me, Comic Wars: How Two Tycoons Battled Over the Marvel Comics Empire—And Both Lost, by Dan Raviv.

I opened it and read the inscription he’d written: “Stuart, many thanks for your kind help and please don’t make plans for the next decade.”

Alas, it was never to be, for before we could prevent it, Michael’s career would begin the downward spiral that would end in his tragic and premature death.

Yes, memories of Michael flooded back to me in the Neil Simon Theatre as the show unfolded, a brilliant assembly of Michael Jackson hits from Billie Jean, Beat It, Thriller and so many others, performed by the brilliant Tony-award-winning Myles Frost.

The show was spectacular, with standing ovations at the end. I knew then, without a doubt, Michael was back. His tarnished reputation was rapidly receding into memory, and his music and performance artistry remained invincible. 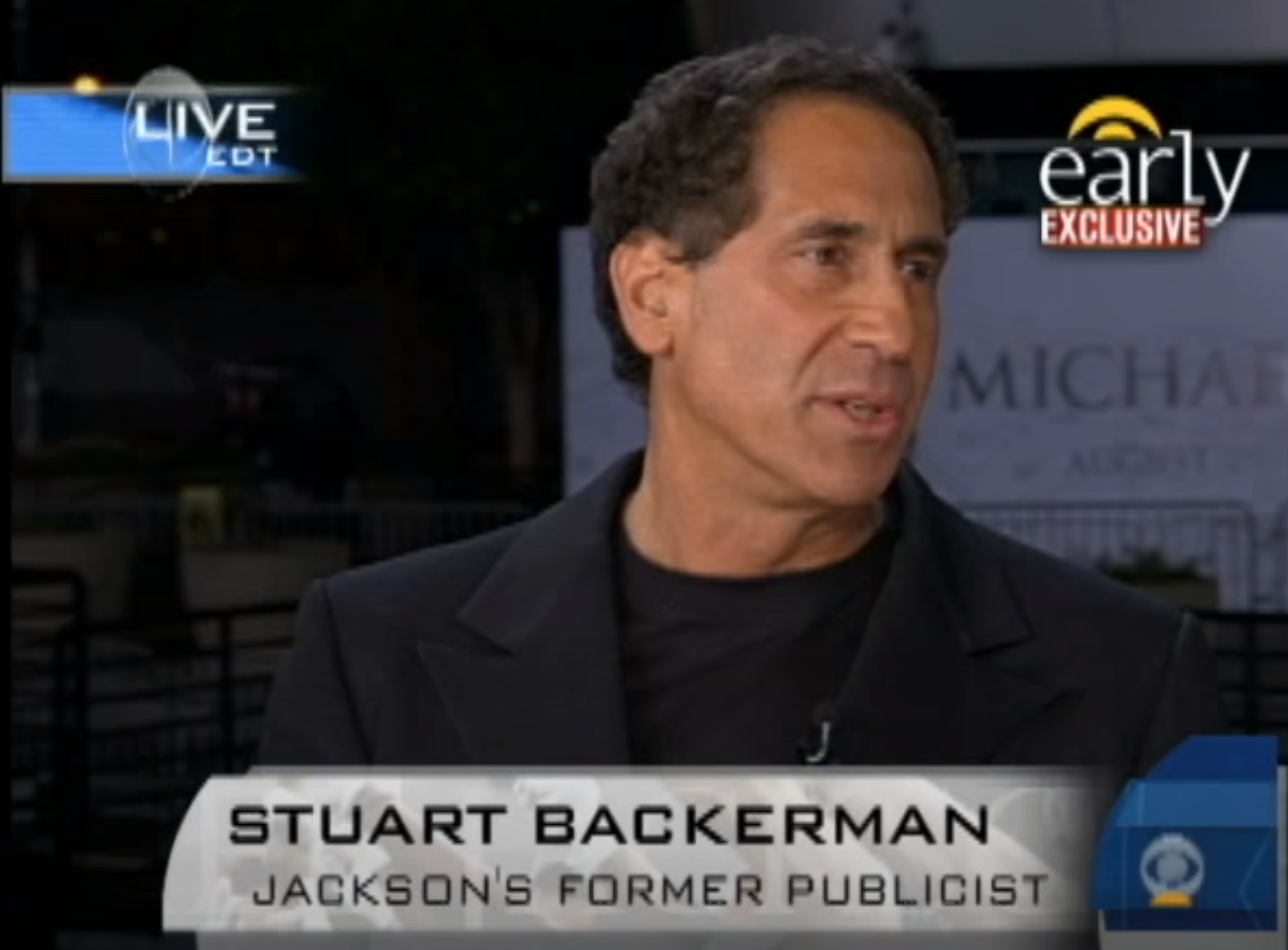 After the show, I mingled with the throngs outside on 42nd Street, soaking up the excitement that only hit Broadway shows can deliver, and congratulating Myles the next day on his amazing performance.

Michael was not only back, his legacy as the greatest entertainer in history is secure.

I recalled what his long-time associate Brian Oxman had said to me when I first joined the team as Michael’s spokesman: “Working for Michael Jackson is an almost mystical thing. It’s an experience you’ll never forget, something that will stay with you for the rest of your life.”

Michael is gone now, but his memory lives on in the hearts and minds of his fan club members and his millions of fans worldwide who keep the flame of Michael’s life and spirit burning brightly in their hearts.

Yes, he really was the King of Pop, yet he was also a gentle spirit who tried to make the world a better place through his art, to lift humanity out of its suffering, and to create a better future for the children of this Earth.