"06 December 1996, Philipphines Manila - Michael Jackson History World Tour concert in Manila was a huge success, with 145,000 Filipinos turning up to watch him live on Dec. 8 and 10. Before performing, Michael Jackson visited the pediatric ward of Parañaque Comunity Hospital where he kissed and hugged several babies and met young patient, and with town officials.

Michael donates part of his earning on his HIStory Tour Manila for the renovation of the hospital, the philippine officials said the hospital had received a donation from the singer but refused to say how much."

Don't think I've ever seen this one without the pb. omg, Hiker, you made me cry!

oh, here it is. This is the one I've been looking for. 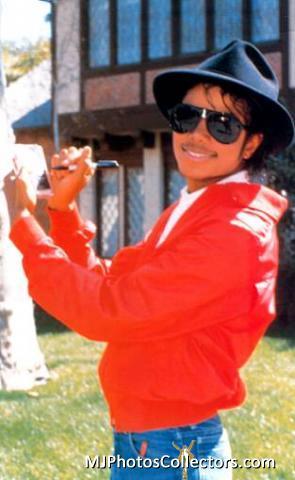 ha ha, I think he has no idea what he is doing

Hiker said:
ha ha, I think he has no idea what he is doing

He literally has no idea, does he? But he looks so charming and adorable. I have no idea where he is or what is happening. But the whole thing is delightful.

Whitney is completely insane. I would not survive even a moment of this look. His face is literal perfection. His eyes, his shyness, the lip bite, the LOOSE TIE JFC KILL ME NOW I CANNOT HANDLE THE LOOSE TIE AND UNBUTTONED COLLAR he is so much and he is too much and I want to give him the entire world lol This one brought a lovely burst of sunshine into my day. This one brought a lovely burst of sunshine into my day.
Click to expand...

He IS the sunshine. How is he so perfect? It's exhausting lol.

His little smile at the end there.

I am so in love with him it's actual hell lol.

Has a human ever been so adorable, handsome, sweet, and sexy at once?! No.