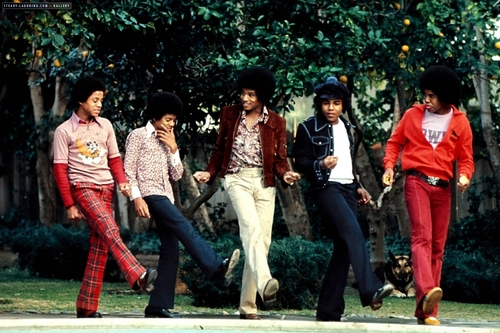 “The tree which moves some to tears of joy is in the eyes of others only a green thing that stands in the way. Some see nature all ridicule and deformity... and some scarce see nature at all. But to the eyes of the man of imagination, nature is imagination itself.”
- William Blake

:heart: So beautiful Sarahj Thank you for sharing this with us ! :group:

"You don't climb trees? Your missing out."
- Michael Jackson

In my backyard where I grew up, we had a cherry tree with a branch extending out from the trunk that was just the perfect height for climbing. I used to sit in the branch and listen to the wind in the leaves and watch the clouds go by. I still have a picture of it somewhere. One of my favourite memories as a child.
N

Where is the link to send a contribution to plant a tree?

Naturelle said:
Where is the link to send a contribution to plant a tree?
Click to expand...

We are going to regroup and start a new "Plant A Tree In Honour of Michael" via: http://www.arborday.org/ and http://www.nature.org/ourinitiatives/index.htm?intc=nature.tnav.where

In the mean-time you can read about "Planting A Tree For Michael Jackson Here:
http://www.mjjcommunity.com/forum/t...cy-Project-Planting-Trees-in-Michael-s-Honour
Last edited: Nov 24, 2014

Jacaranda is a genus of 49 species of flowering plants in the family Bignoniaceae, native to tropical and subtropical regions of Central America, South America, Cuba, Hispaniola , Jamaica and the Bahamas. It has been planted widely in Asia, especially in Nepal. It has been introduced to most tropical and subtropical regions. The genus name is also used as the common name. The name is believed to be of Guarani origin, meaning fragrant. The word jacaranda was described in A supplement to Mr. Chambers's Cyclopædia, 1st ed., (1753) as "a name given by some authors to the tree the wood of which is the log-wood, used in dyeing and in medicine" and as being of Tupi-Guarani origin, by way of Portuguese. Although not consistent with the Guarani source, one common pronunciation of the name in English is given by /&#716;d&#658;æk&#601;&#712;rænd&#601;/ The species are shrubs to large trees ranging in size from 20 to 30 m (66 to 98 ft) tall. The leaves are bipinnate in most species, pinnate or simple in a few species. The flowers are produced in conspicuous large panicles, each flower with a five-lobed blue to purple-blue corolla; a few species have white flowers. The fruit is an oblong to oval flattened capsule containing numerous slender seeds. The genus differs from other genera in the Bignoniaceae in having a staminode that is longer than the stamens, tricolpate pollen, and a chromosome number of 18. This species thrives in full sun and sandy soils, which explains their abundance in warmer climates. Mature plants can be survive in colder climates up to -7 degrees celsius, however, they may not provide as full of blooms. Younger plants are more fragile and may not survive in colder climates when temperatures drop below freezing, so planting of younger trees in pots and moving them into a green house for winter is recommended.

Enjoy the beauty of the Jacaranda tree, for it's wonderment is rare. "I respect the secrets and magic of nature. That's why it makes me so angry when I see these things that are happening, that every second, I hear, the size of a football field is torn down in the Amazon. I mean, that kind of stuff really bothers me. That's why I write these kinds of songs, you know. It gives some sense of awareness and awakening and hope to people. I love the Planet, I love the trees. I have this thing for trees - the colors and changing of leaves. I love it. I respect those kind of things. I really feel that nature is trying so hard to compensate for man's mismanagement of the planet. Because the planet is sick, like a fever. If we don't fix it now, it's at the point of no return. This is our last chance to fix this problem that we have, where it's like a runway train. And the times has come, This Is It. People are always saying: 'They'll take care of it. The government'll--Don't worry, they'll--' 'They' who? It starts with us. It's us. Or else it'll never be done... We have four years to get it right. After that it would be irreversible. Let's take care of the planet."
- Michael Jackson "This Is It" Reheasals 2009

Now that is a beautiful tree. I've never seen those before. Gorgeous!

&#8220;Their life is mysterious, it is like a forest; from far off it seems a unity, it can be comprehended, described, but closer it begins to separate, to break into light and shadow, the density blinds one. Within there is no form, only prodigious detail that reaches everywhere: exotic sounds, spills of sunlight, foliage, fallen trees, small beasts that flee at the sound of a twig-snap, insects, silence, flowers.
And all of this, dependent, closely woven, all of it is deceiving. There are really two kinds of life. There is, as Viri says, the one people believe you are living, and there is the other. It is this other which causes the trouble, this other we long to see.&#8221;
&#8213; James Salter-Light Years

Cool. I am so read to donate a tree In his honor!!! 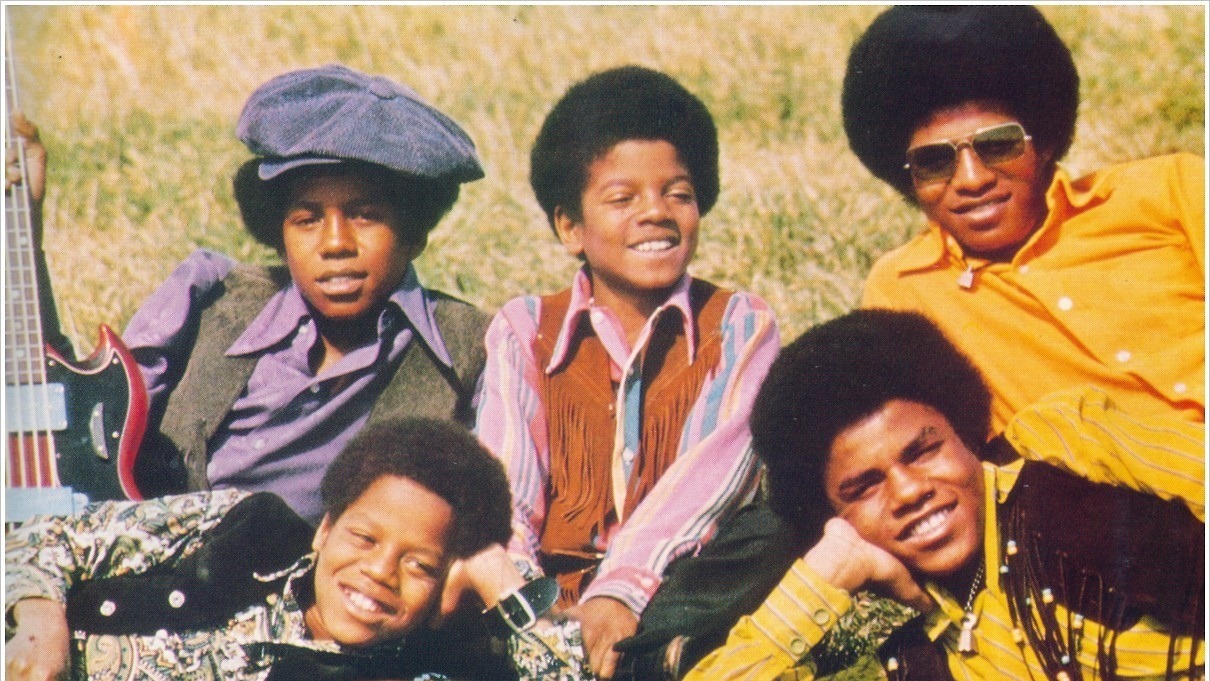 &#8220;I tried to discover, in the rumor of forests and waves, words that other men could not hear, and I pricked up my ears to listen to the revelation of their harmony.&#8221;
&#8213; Gustave Flaubert, November 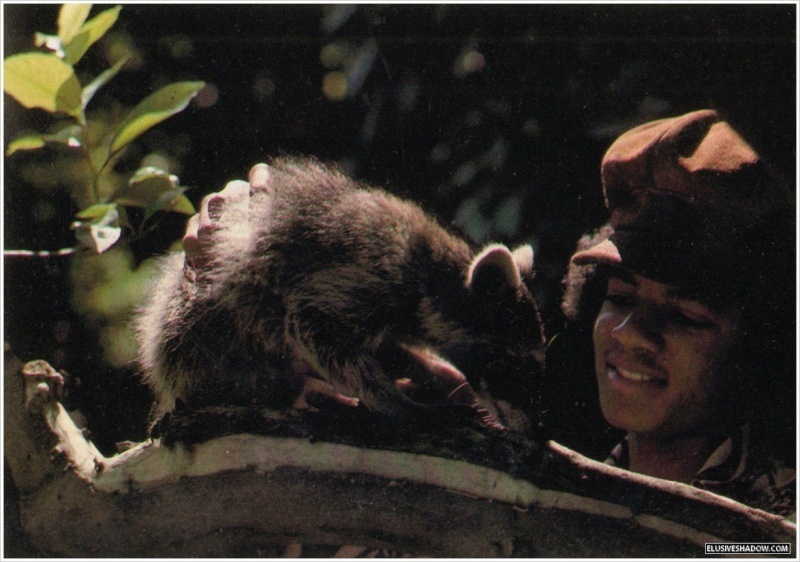 5 Fairytale Forests Straight Out of a Story Book​
No doubt we’ve all read a book or seen a film where the characters find themselves exploring an enchanted or haunted forest and the scene before us becomes like something out of a fairytale.
There are trees taller than skyscrapers, majestic colours and sights so beautiful you have to rub your eyes a time or two before you can believe them.

As unbelievable as these sights may be, the forests we see in fairytales aren’t entirely fictitious. That said, here are five fairytale forests that are entirely real…

Located just outside of the village Nowe Czarnowo in western Poland grows a forest of roughly 400 pine trees. While that in itself is nothing out of the ordinary, the fact that each of the trees grows with a 90 degree, northward facing bend at the base of their trunks lends this forest it’s fairytale edge.

It is believed that the Crooked Forest was planted sometime around 1930 by the Germans when the area was still a part of the German province of Pomerania. Studies suggest that the kink in the trees is entirely man-made, however no one has yet been able to prove how the Germans created this fairytale looking forest.

It’s sad to say that for the most part many of the places modern day people have been deforested. This however is one of the reasons North Sentinel Island Forest is unique – it’s still a complete forest which covers the entirety the island. The reason? The island (which is 72km² in size) is surrounded by beautiful coral reefs and has no natural harbours which resulted in modern man never settling there.

And (if an island which is a forest from beach to beach wasn’t fairytale like enough for you) it’s on North Sentinel Island that you’ll find the world’s only still existing pre-neolithic tribe, known today as Sentinelese.

The tribe have no contact with the outside world and when modern man comes knocking they scare them off with arrows and javelins, making this island as mysterious as it is unique. Stepping onto this island (though it’s not recommend) really is like stepping back through time.

Speaking of stepping back through time, Bialowieza Forest is yet another forest that will seemingly transport you through the ages. It’s Europe’s last surviving primeval forest which experts describe as a 7,000 year old time capsule.

Within it’s bounds you’ll find wolves roaming free, you’ll be dwarfed beneath some of the world’s tallest oak trees (the tallest of which stands at 46 metres tall!) and will feel like a giant as you gaze upon the pygmy owls and other minute creatures.

If the sheer size of the forest wasn’t enough to blow you away then no doubt the vast range of wildlife (some of which aren’t found anywhere else on Earth) will do the trick.

Of course, not all fairytales are full of happy endings and mythical creatures. More often than not fairytales feature some darkness, commonly in the form of a haunted forest, which brings us to Hoia-Baciu Forest.

The forest was named for a shepherd who once entered with his 200 sheep only to vanish without a trace. To this day the mystery has never been solved. Since then locals have been afraid to enter the forest and have claimed it’s haunted however a brave few have ventured within it’s bounds, only to return injured, ill, or with a paranormal experience to report.

The forest is also a hotspot for UFO sightings and many reputable scientists have gambled their career by reporting their own mysterious findings on the area. Spooky…

Located just a short distance from Kyoto, Sagano Bamboo Forest is, as the name suggest, made up entirely of bamboo trees. While it may not be your typical fairytale forest, it certainly is an incredible sight to behold.

As soon as you step within it’s bounds you’re greeted by lush green trees and when the wind blow you experience the shy rustle of leaves and the eerie yet oddly blissful sound of the bamboo singing.

"I love the Planet, I love the trees. I have this thing for trees - the colors and changing of leaves. I love it.
I respect those kind of things. I really feel that nature is trying so hard to compensate for man's mismanagement of the planet.
Because the planet is sick, like a fever. If we don't fix it now, it's at the point of no return.
This is our last chance to fix this problem that we have, where it's like a runway train. And the times has come, This Is It." Girl said:
When I saw this next image I couldn't help but think of this thread, among other things. It's not a real picture, but I hope it fits in here nonetheless.

&#8220;Those who contemplate the beauty of the Earth find reserves of strength that will endure as long as life lasts.&#8221;
&#8212; Rachel Carson 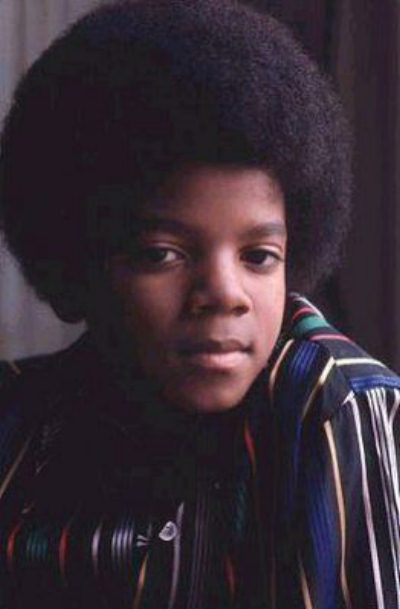 I love that photo.

ray: Thank you so much Girl for this photo it is amazing and powerful ! Awesome photo I love this :clapping: 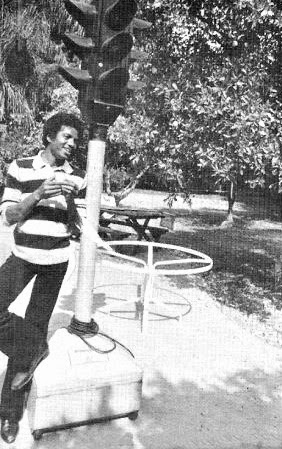 Thank you so much Girl for this photo it is amazing and powerful ! Awesome photo I love this :clapping:
Click to expand...