Music of The Jacksons

Inside The Ride With Ralph Tresvant

Ralph Tresvant (lead singer of New Edition) has a radio program and I'm listening to it right now. He's playing the remix of Blame It On The Boogie

Wow! Good song! I only heard it for the first time now! Rock!

I wasn't sure if I should start a new thread for this, so I posted it here. this is a 'triumph' album review by a youtuber :

had to share this remix that I came across! I love the fullness and extra bounce given. the original was a gem in its own right, but it was more of an understated joy and contentment. the only downside to the remix (and remixes in general) is that it's a bit on the long side. I haven't even listened to it all! nothing that a radio edit couldn't fix

These videos have recently been uploaded to VEVO

Can someone please post the full concert (audio only) of the Destiny Tour Amsterdam. I can't find this particular audio, it's different from this one on YouTube
. 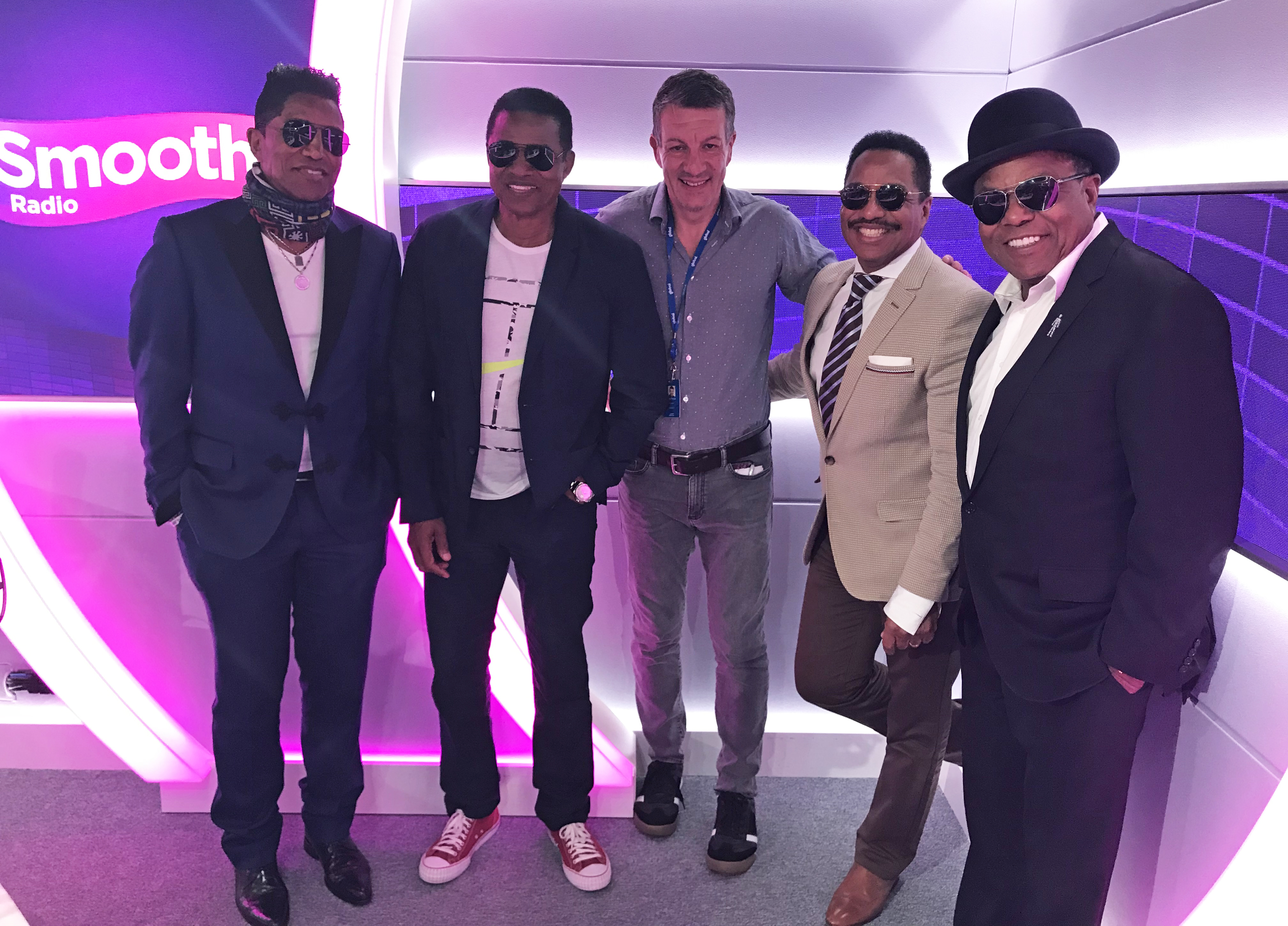 The Jacksons are back in the UK!

Ahead of their UK tour and headlining appearance at this year's Rewind Festival North, Marlon, Tito, Jackie and Jermaine dropped by the Smooth Radio studios for a chat with our very own Paul Phear.

The legendary group spoke of plans to celebrate 50 years since 'I Want You Back's release next year, as well as 10 years since their brother Michael Jackson passed away.

Marlon said: "We've got to get on our thinking caps."

However, when asked if recent stories about a potential Michael Jackson hologram joining them on tour next year, they denied any plans.

"I don't know who started that story, but it's not true," Marlon said.

Meanwhile, Paul asked the boys for any tips on how to stay looking so young and healthy.

"With all the brothers, we were kids performing, we had a curfew, we had to go to bed at a certain time because we had to get up and have three hours of school everyday," said Marlon.

"That stuck with us when we got older. we never went to clubs after the concert or drink heavy alcohol after, we still go to bed, I remember we were doing something in Japan, and after the show Macy Gray came to me and said 'what are you guys doing?', and i said 'i'm going to bed!'.

"I gotta get my rest. I like being in a room by myself and chilling out."

Jermaine said: "It comes from eating right and exercising. We love sports, and eating a lot of good food that's healthy."

The Jacksons also revealed their love for Ed Sheeran, with Jackie saying: "He's one of our favourites.

"He's got some nice soulful stuff, they've got great depth. i think that's why he's so successful," Marlon added.

The Jacksons will perform at this year's Rewind Festival North alongside many iconic 1980s acts including OMD, Kool and the Gang, Bonnie Tyler and more.

Jermaine added: "We have plans, there will be shows and things like that, but we gotta keep the music going, and the legacy."

Here's a new remix (not official) by Nick

Enjoy Yourself / Blame It On The Boogie

Can You Feel It (Azura Deluxe Mix)

That's What You Get

I was listening to the new Tito interview on Questlove Supreme and he said That's What You Get (For Being Polite) is about Johnny Jackson, who was the drummer for The Jackson 5.

Can You Feel It

This video was recently uploaded on The Jacksons VEVO

Nice little fan-made collage of Jacksons video clips plus some Michael clips. Slightly distracts from the awesome song but some of the images are so fab I couldn't resist.