Any good news , even the smallest ( even a positive mention of him in your relatives , family circles etc , if you have heard his songs on the radio ro television , good charts etc..) should be put in this thread to uplift our spirit . Mention if you heard about him on TV .

A mate text me last week and said his mum had watched LN and thought it was completely false.

I found it encouraging when someone with nothing to gain and an open mind could see it for what it is.

We had a discussion during lunch at my work and I was asked what I thought. I used the opportunity to school them a little bit. Most people leaned towards that the doc is very onesided and that there isnt any proof. No heated discussion. My boss also said that wade looks shady as hell. He also plays MJ's mysic every now and then blasting in the office, even in the weeks before the airing even tho he knew it was gonna air and there was alot of talk in the news about MJ.

Most people know my love for MJ at the office and we play his music very often. He is popular at my workplace and almost everyone likes his music.

Nobody has challenged me directly or rigjt out called him a p. In genereal my impression is that Norway has alot of love for MJ. Omer is Norwegian and a whole generation is brougth up knowing he and MJ were pals. Because of that MJ i close to us.

I work in the medical field and this older patient came in today at my job and had "Don't Stop 'Til You Get Enough" as their ringtone. I definitely would never expect her to be an MJ fan but you never know. His music has touched many.

It definitely made me smile.

I was at the mall the other day and they had Black or White playing at FYE! (They also had some MJ merch for sale; I'd been wondering if all this meant places would pull his stuff from the shelves...) Interestingly enough, the song they played before that talked a lot about ignoring lies and getting to the truth, so I'm thinking someone at that FYE has done their research! I didn't recognize that song, but it had the word "free" in it a lot, and IIRC it had a male and a female singer, if that sounds familiar to anyone.

I checked socialblade and Michael's twitter and youtube channel both got a spike in followers, subscribers and views after LN aired and are still getting strong numbers.

I was talking to someone from work today and he asked had I seen the documentary and what do I think of it? He doesn't even know I'm a fan btw but before I could answer he said that he thought those accusers had credibility issues and thinks this whole thing is about money and that since MJ is dead people should leave him alone. He said he doesn't believe any of the stuff they're saying about Michael. He even talked about how he read about Wade wanting to get the lead choreographer job for "Cirque Du Solei".

It seems that at least some people are doing their research in spite of the media only promoting negative stories about MJ.


It seems that at least some people are doing their research in spite of the media only promoting negative stories about MJ.


I think many are doing that or just do not want to see that trash because MJ is gone and people can say anything. That is Dan and some media outlets fear fans. fans get the truth out.
​

Well, Most people I know have not been paying attention to the documentary and haven't even watched it, the people who do know what's going on believe in his innocence and have spoken in his defense, and I still hear his music being played as often as I ever did, so I'd say that's all positive news.

A story from someone who hung about with MJ. 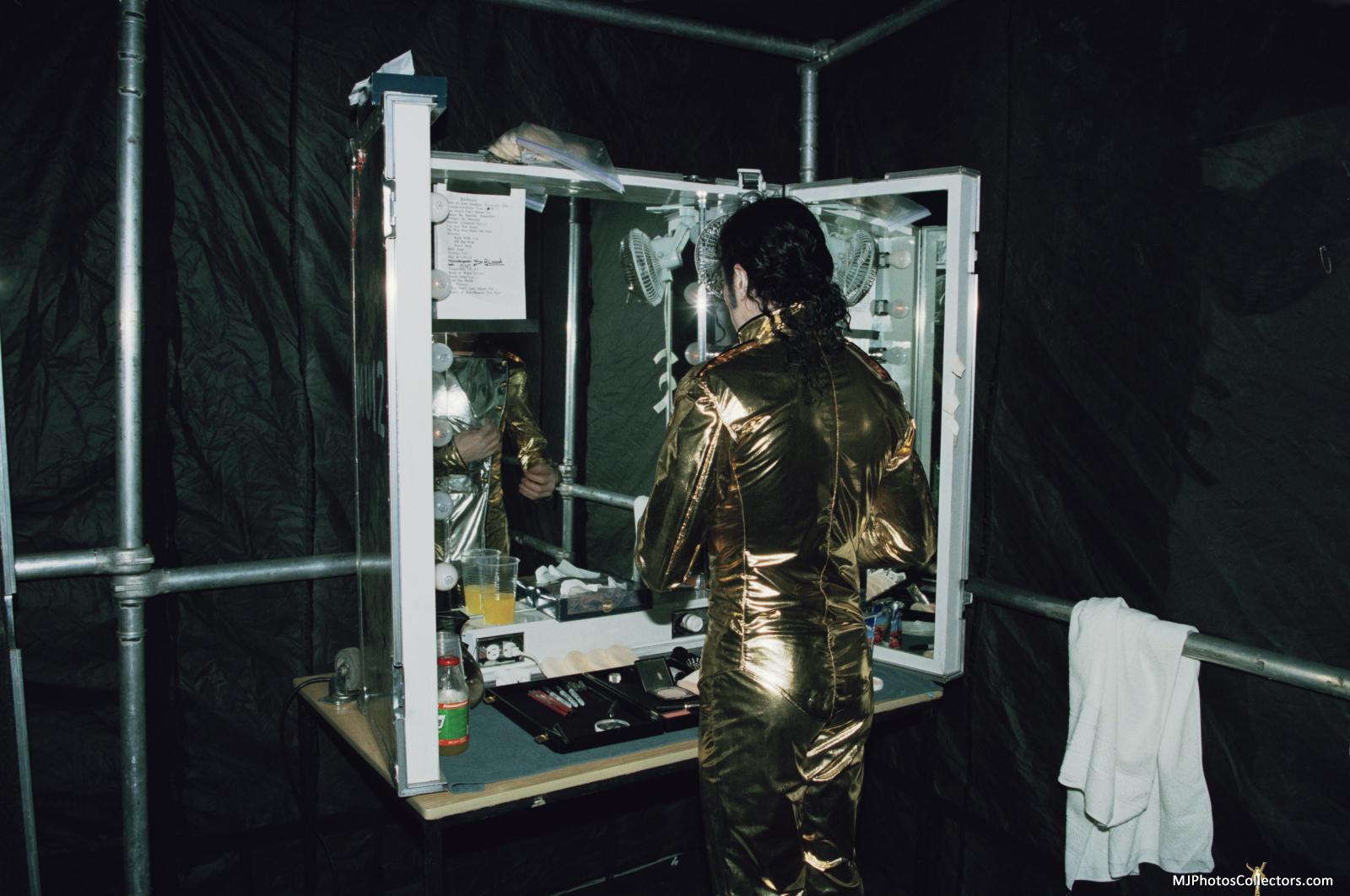 Went to the theatre last night and they had a few big posters up for Thriller Live. Not news, but it made me smile.

Russia canceled TV broadcast of this crap, i assume it's good news

But they uploaded it on their site. **** Ernst.

Following the release of the documentary Leaving Neverland, in which Wade Robson and James Safechuck detail the sexual abuse they say they suffered throughout their childhoods at the hands of Michael Jackson, the late King of Pop&#8217;s legacy has been eroding fast. But in Los Angeles, an elementary school&#8217;s auditorium still proudly bears his name.

Nestled between Sunset and Hollywood boulevards, Gardner Street Elementary School was the last public school that Michael Jackson attended before becoming one of the most powerful and influential artists of our time. In 1989, Jackson returned to his old stomping grounds for the dedication of the Michael Jackson Auditorium.
&#8220;I am deeply touched and honored that the PTA, principal, faculty members and students have been so kind as to dedicate the auditorium, where I sat as a child, in my honor,&#8221; Jackson said in 1989, according to the Los Angeles Times. &#8220;We must all never forget that the children are our future and without them humankind will become extinct.&#8221;

That only lasted a little over a decade. In late 2003, when Jackson was arrested and charged with nine counts associated with child molestation (&#8220;seven of child molestation and two of administering an intoxicating agent for the purpose of a committing felony,&#8221; according to CNN), the school decided to do away with Jackson&#8217;s name, painting over the letters and covering them with a plywood box.

According to the Los Angeles Times, then principal of the school and Los Angeles Unified School District officials had come to the decision after receiving multiple complaints and requests from parents.

Following the King of Pop&#8217;s death in 2010, fans rallied for the reinstatement of the Michael Jackson Auditorium, which LAUSD&#8217;s then-district superintendent Ramon C. Cortinez subsequently ordered.

In the wake of Leaving Neverland, the school and LAUSD haven&#8217;t acted as quickly as they did in 2003. One neighborhood local, who lives across the elementary school and has watched Leaving Neverland, told L.A. radio station 790KABC, &#8220;I was expecting to come around the corner the next day and see that the Michael Jackson Auditorium name was taken down. It&#8217;s not been taken down yet. I&#8217;m surprised.&#8221;

In a statement to Los Angeles, LAUSD public information officer Samuel Gilstrap said, &#8220;We are not aware of any proposals to rename a school facility that currently bears the name of the late pop artist.&#8221;

Seen this on Twitter and thought it was great.
From when MJ and Lisa Marie visited the zoo.


MJInnocent said:
Seen this on Twitter and thought it was great.
From when MJ and Lisa Marie visited the zoo.

.
I LOVE this; but I can't read the writing in the section that says what animals were seen.
Is that Lisa Marie's signature?
Can someone clarify what is written in that section? opcorn:


CherubimII said:
.
I LOVE this; but I can't read the writing in the section that says what animals were seen.
Is that Lisa Marie's signature?
Can someone clarify what is written in that section? opcorn:
Click to expand...

Noticed the last time I was at Walmart that they replenished their stock of MJ shirts. They didn't have that many when I bought mine and that was right when the LN crap started. 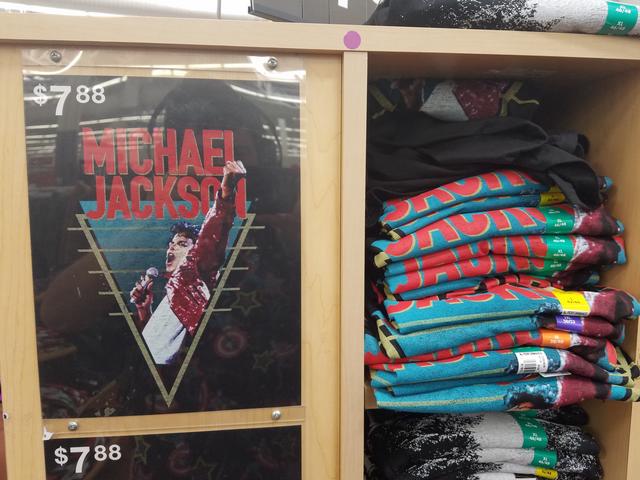 I checked the BBC2 radio playlist and they played DSTYGE yesterday.
https://www.bbc.co.uk/music/tracks/find/radio2/2019/03/22/11AM

It was indeed plus Fleur East was on praising MJ.


Mike P. said:
Noticed the last time I was at Walmart that they replenished their stock of MJ shirts. They didn't have that many when I bought mine and that was right when the LN crap started.

I gotta check my local Walmart

I was travelling with some of my students and feeling a bit stressed. I started singing HTW and they all joined in, singing in harmony. Beautiful!!! They range in age from 17 to 21. One student said that where ever she comments about LN, most of them were pro-Michael and that people had no time for the lies and the fraud.
Last edited: Apr 27, 2019

I am sad that this thread is not going on .
It's important to score every single positive thing to keep our mood high .

Listening to Michael right now on a big radio .TWYMMF .

All right ...
They paid a beautiful tribute to Michael AND Neverland at the carnival in Nantes.

When you click on the picture with the Neverland Gates from this Instergram Account, you can watch a short video.


ManBehindTheMirrOr - Dona said:
All right ...
They paid a beautiful tribute to Michael AND Neverland at the carnival in Nantes.

When you click on the picture with the Neverland Gates from this Instergram Account, you can watch a short video.