I think it will be good not to mix everything from Michaels Kids in one thread.

That was sweet of Prince. I can't believe how Prince has growth up right in front of us he has turn into a very handsome young man.


Annita said:
I think it will be good not to mix everything from Michaels Kids in one thread.

Another IV with ET 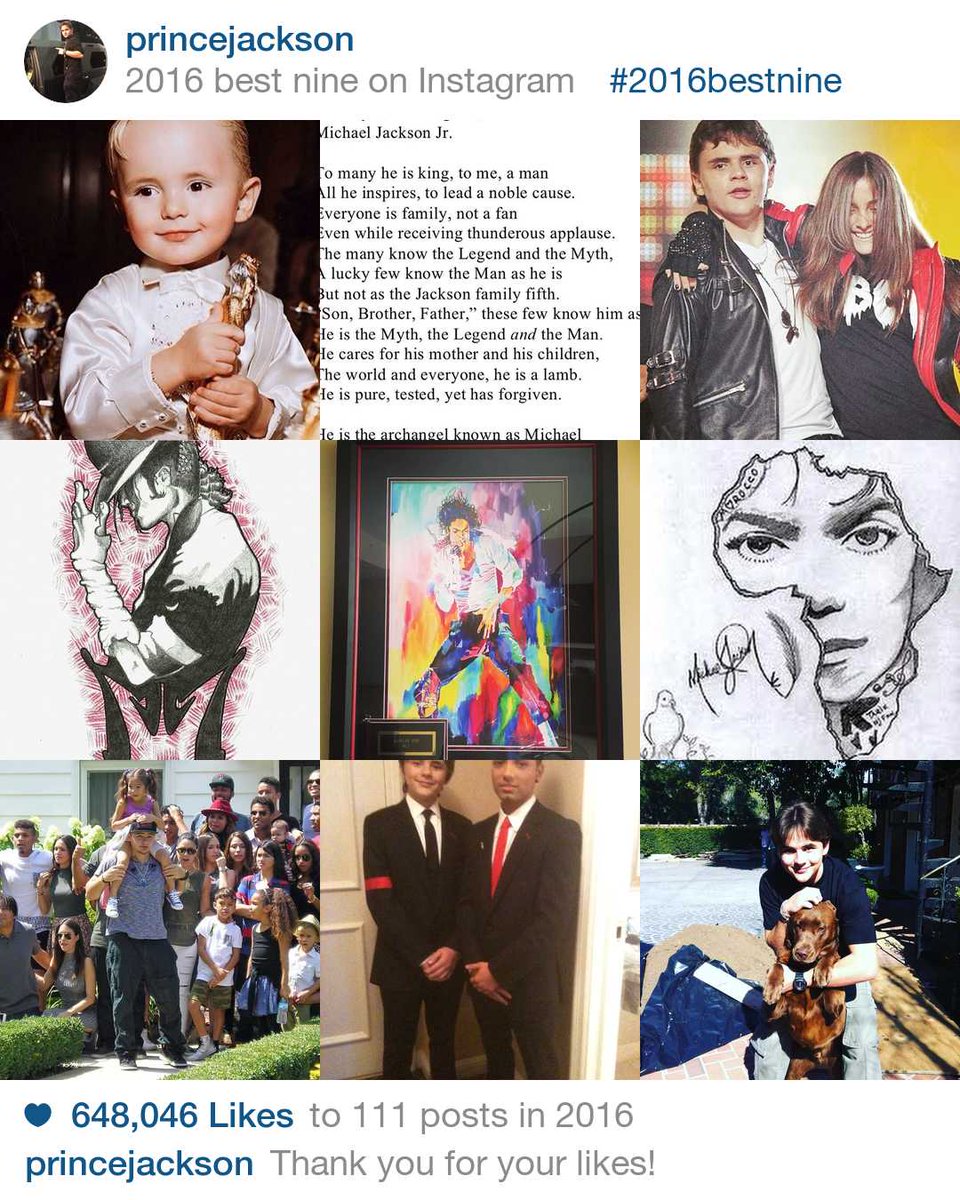 Very cool meeting #princemichaeljackson. He gets real talking about his dad & tells me which 1 of his hits would freak him out! @theinsider 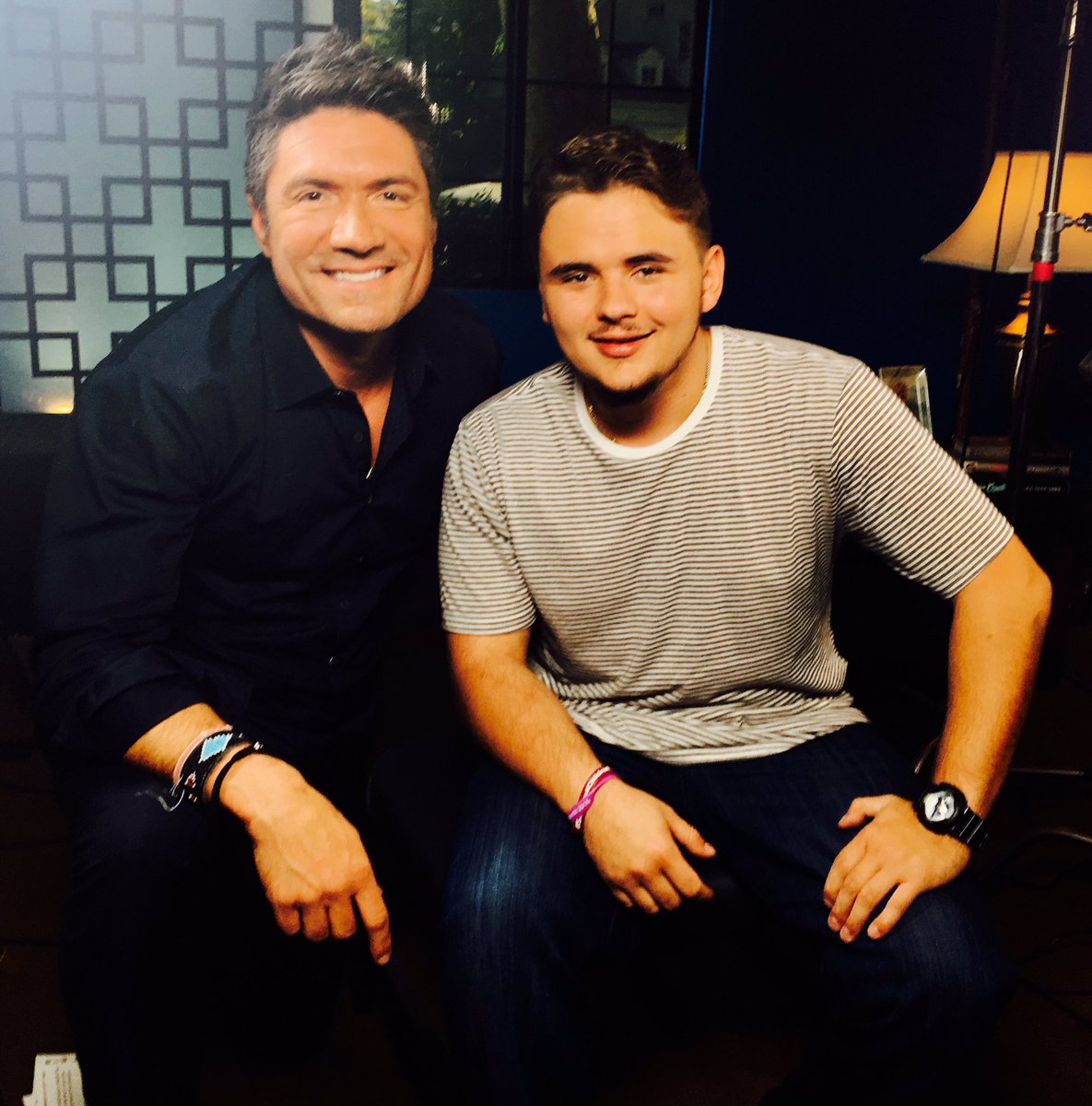 I sometimes get teased for keeping up with Hollywood, because of watching ET, but I don't always get a chance to watch. And in all honesty, I will switch over to "Modern Family" if ET gets too mundane with story lines. Unfortunately, I did not see this interview with Prince Jackson, but it was so great to watch. I love his new hairdo and his intriguing way he speaks. His father would be proud of how his 19 year old son handles himself and that Prince is attending a prestigious University in California!

I wish him and his siblings all the best ? 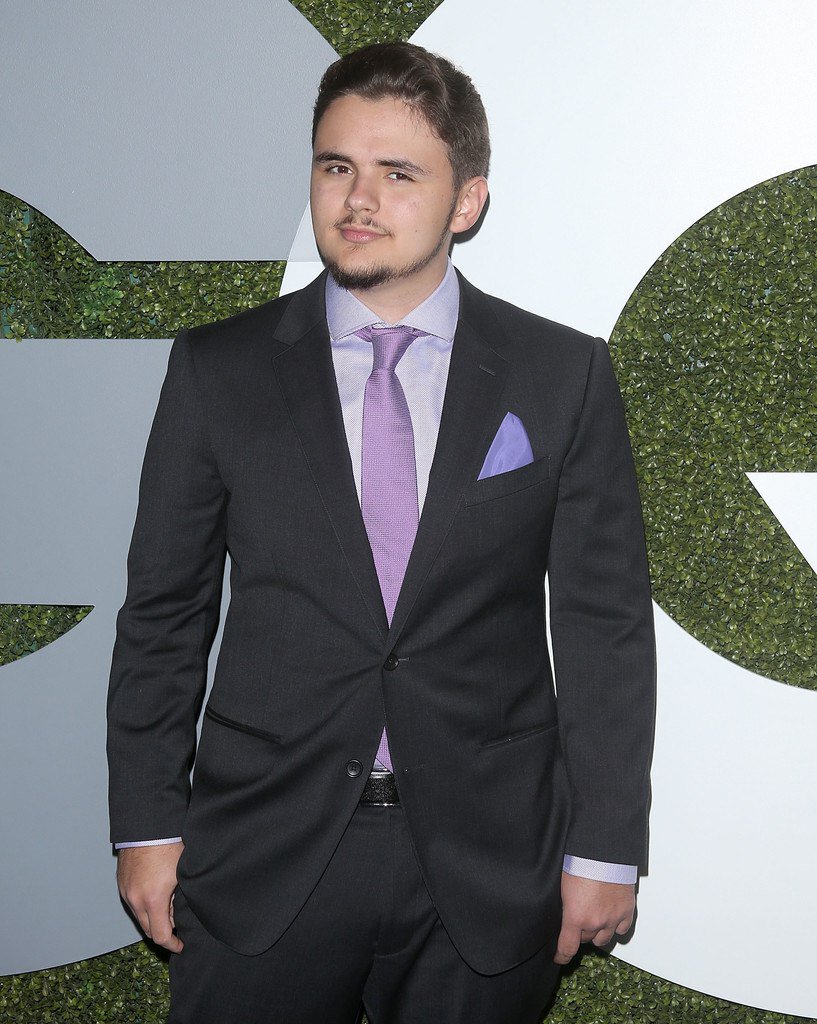 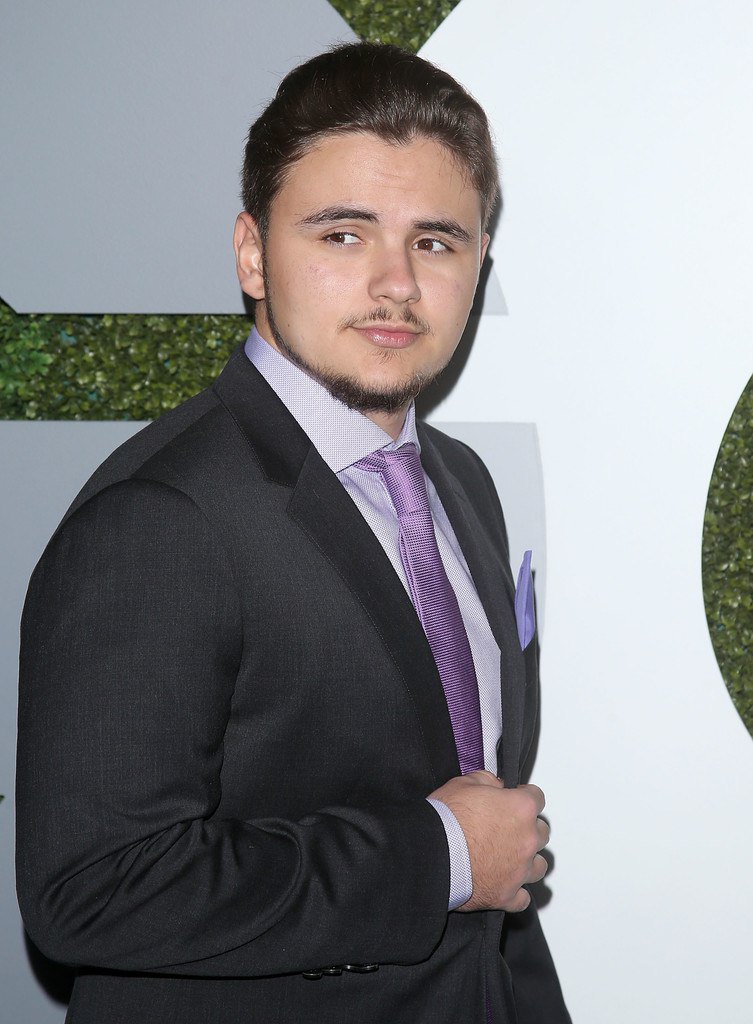 @princemjjjaxon "Had fun at GQ man of the year last night. Love that purple

More pictures of Prince Jackson at the GQ man of the year event.

princejacksonHad fun at GQ man of the year last night. Love that purple ???? He looks very sharp. And he loves purple! Awww. It happens to be my son's favorite color, too.

Prince (and his dad, if I remember correctly from old pics) looks quite good in that shade of color. :yes:

I hope he enjoyed his time at the event.

He looks very dapper. Purple is the colour of royalty. Kings Son. 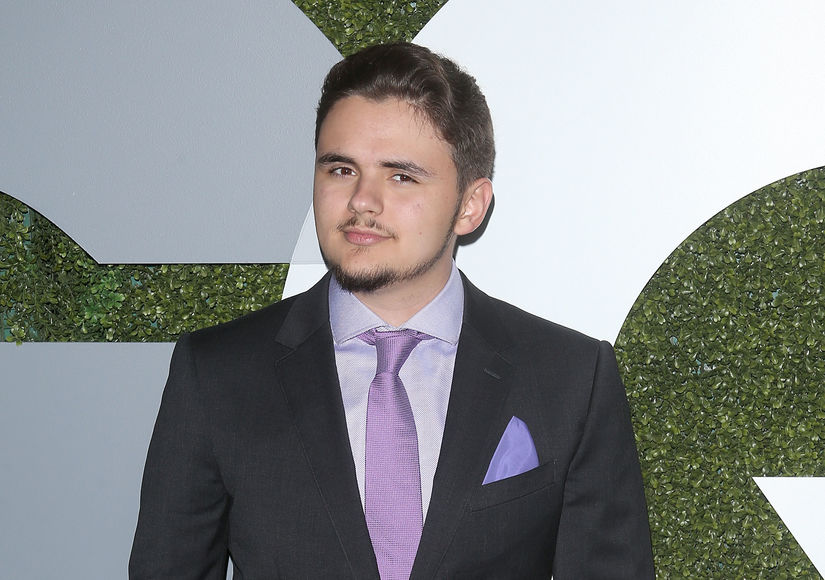 Prince is doing a lot of good, following in his father Michael Jackson&#8217;s footsteps of giving back. &#8220;I enjoy doing it mostly because I get to help someone else.&#8221; The 19-year-old added, &#8220;He had actually taken us to a hospital one time. There was a long corridor with beds on either side of all these sick children, but he came in with sleighs full of toys, he made all the kids happy and smile, there was music playing &#8212; that was a good feeling.&#8221;

He is getting ready to celebrate the holidays and explained that for him, they&#8217;re all about &#8220;coming together after the end of the year and seeing what everyone is up to.&#8221;

The college student recently wrote letters to those who have impacted his life. &#8220;I wanted to show people that it&#8217;s important to express gratitude for the people that have supported you. For me, it was everyone from people in my family to my Gracie instructors&#8230; I want people to know it feels good to show your appreciation and your thanks.&#8221;

[h=2] Prince Jackson Announces LMU Heal LA In Dedication To His Father And HTWF to Benefit Boys and Girls Club of L.A.[/h]

Now 19, the legendary musician&#8217;s son opened up about how his father influenced the man he&#8217;s become, and also inspired his philanthropic pursuits.

Indeed, Jackson remembers the impact his father had on others and the joy he shared.

&#8220;I do have a memory: He had taken us to a hospital for children, and I remember that they were very sick. But when he walked into the room it lit up. All of the kids got happy.&#8221;

As for the new campus organization&#8217;s roots, Jackson says it came together organically&#8212;with a serendipitous touch of his father. 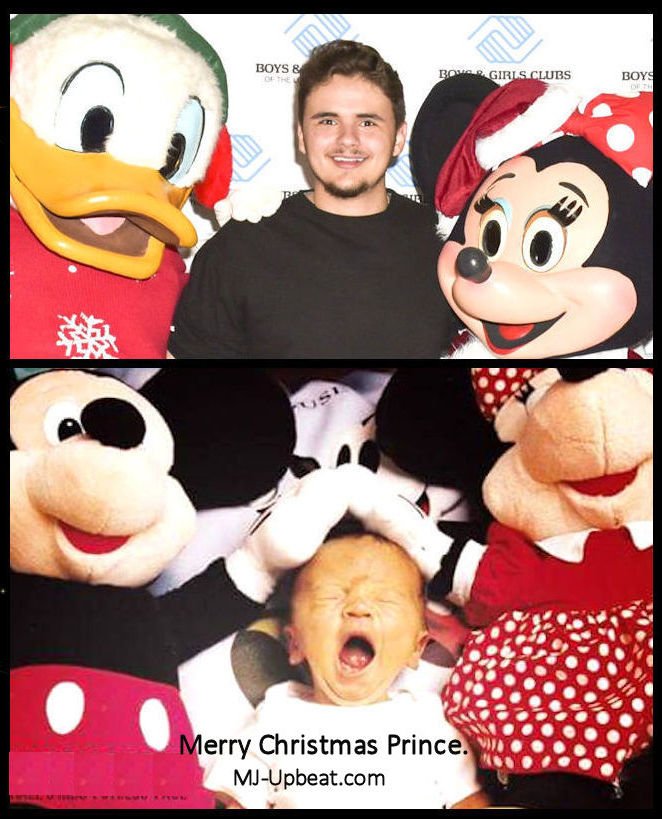 Education is very important; some learn through school, other through experience, but you should never stop learning. "I can do better"pic.twitter.com/qmOIZmGnEH?

Michael would be proud.


Paris78 said:
now and then

I'm a bit late, I know, but I loved this comparison.

Here's another pic from wayyyy back in the day when Prince was a toddler. There is something incredibly sweet about it It just melts the heart, doesn't it? 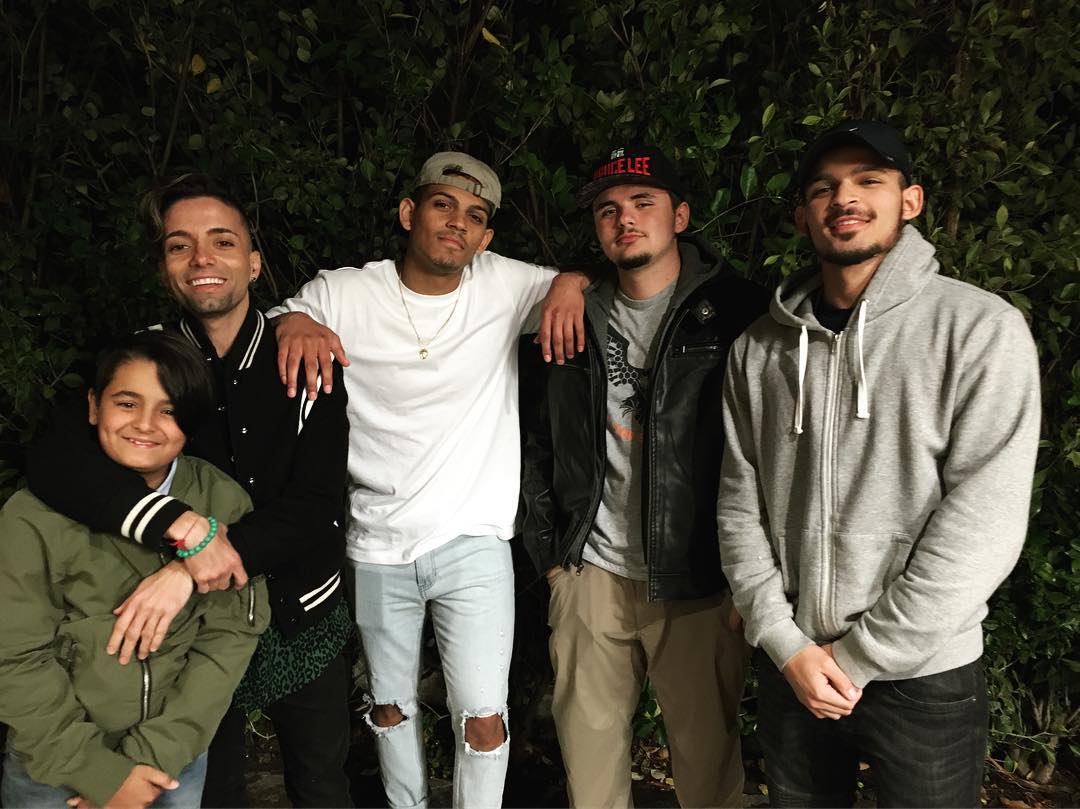 princejackson1) Cut them out. 2) Build up the Foundation. 3) Build the Empire. 4) Run it.
Happy New Year everyone I hope everyone had a great year and has a great 2017. Also I'll be doing a live stream tomorrow at around 3pm PST with @dermagraphink

what does 'cut them out' mean?

Yeah made me go hummm when i read that. Wonder who hes talking about?

Hope MJs children have a great year ahead.

Prince is making some awesome moves, especially for a young guy that could be much more selfish thinking.. I'm proud of him!

Prince has had a big tat on his upper arm.dragon type thing. Live streamed it where he talked about covering some of his vitilligo up with it and how it will be connected to one of mj on his chest that he will get done

Was asked about janets baby said he didnt know due date or anything as he doesnt speak/ have a relationship with her.paris was there and got another tat. Theres pics around

You can see Pirnce tatoo here. There are mistakes in the quote or where they make on purpose?

Sorry for some reason I can not save my edited post, maybe somecan delete the two above.

You can see Pirnce tatoo here. There are mistakes in the quote or where they make on purpose?

^ From what I see there're no mistakes. It's written in Old English.