OK I know that video thank you anyway there must be more precise talk though, at least someone has posted it some time ago...


Dr.Feelgood said:
OK I know that video thank you anyway there must be more precise talk though, at least someone has posted it some time ago...
Click to expand...


I think she elaborated more about the meaning of it in a German interview she did at the time, not too sure which exactly though.

My new promotional trailer for Janet Jackson's new album that might be coming out next year (2018).
This is basically a forty year career synopsis condensed into two minutes. The music is by Music Junkies and the song is
called Brutal Revolution,which is used in movie trailers. I was inspired by Malc Jennings and his introduction video for Michael Jackson's
53rd birthday back in 2012 (which I will link in the comments of this) as well as being inspired by the montage that started the tribute to
Janet at the 2015 BET Awards where she received the Ultimate Icon Award. Please share this around with everyone you know.
Tweet it out and do whatever you can,I'd love for this to get to Janet herself.
The video that inspired me to create this trailer: 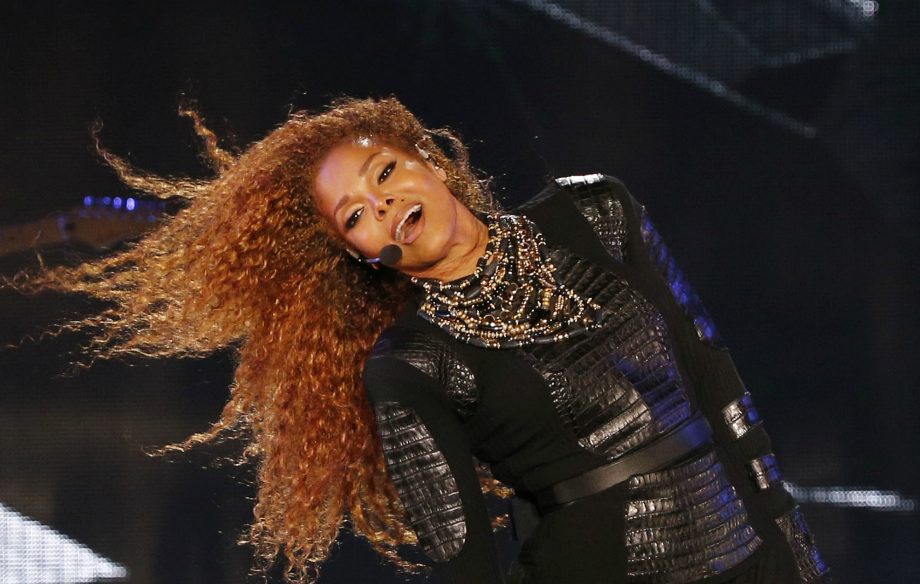 Jackson will be playing ‘Made For Now’ with contributions from Puerto Rican reggaeton singer Daddy Yankee. It’s her first new material since 2015’s acclaimed Unbreakable album.
<section id="keystone-premium-sidebar-widget-8" class=" s-sidebar sticky-anchor keystone-premium-sidebar-widget premium_inline_1 post-promo"></section>
In the meantime she’s given birth to her first child, and embarked on her mammoth ‘State of the World’ tour.

While performing at New Orleans’ Essence Fest last month, Jackson paid emotional tribute to her late father during her first show since his death.

Joe Jackson died on June 27 following a battle with cancer. The family’s patriarch, who managed Janet, her brother Michael, and the Jackson 5, was 89.

“Quite honest, it was really hard for me,” Jackson reportedly told the crowd. “I didn’t know what to do. I didn’t know how to move forward, if I should cancel this festival or cancel the entire tour.”

In May, she spoke out in support of the #MeToo movement at the Billboard Music Awards, where she was the first black woman ever to receive the ‘Icon’ award.

“I believe that, for all of our challenges, we live at a glorious moment in history,” she said, referencing the recent wave of #MeToo allegations which have shaken the entertainment industry.

“At long last, women have made it clear that we will no longer be controlled, manipulated, or abused,” the star said. “I stand with those women and with those men equally outraged by discrimination, who support us in heart and mind.”

“This morning, I saw this lovely elderly Japanese woman walking down the streets of Hollywood wearing an adorable bonnet with bright red flowers. She might be a song.”

“I remembered an especially painful chapter in my early life last night before going to bed,” she continued. “That might be a song. I woke up this morning and heard a bird chirping in a rhythm that captivated my heart. Maybe that will turn into a new groove. Like everyone else, my feelings are fluid. My ideas are fleeting. I like to keep it that way.

“I can’t decide in advance what a song or an album concept will be. I have to let those songs and concepts come to me rather than chase them down.”

Made For Now (feat. Daddy Yankee)

Re: Janet will perform on the Tonight Show with Jimmy Fallon on August 17, 2018

It's interesting that Jennifer Lopez is also on this episode of the Tonight Show, since she used to be a dancer for Janet. They should have had Paula Abdul too. :rofl:

Janet Jackson on motherhood and her past loves (Sep 6, 2018)

Pop superstar Janet Jackson will be honored with the Global Icon Award at the upcoming MTV European Music Awards in Bilbao, Spain.

In a press release Wednesday, Bruce Gillmer, global head of music and talent for Viacom and co-brand head of MTV International, called Jackson “one of the world’s biggest stars."

"Her incredible artistry has opened doors for countless others while leaving an indelible impact on pop culture – well over three decades and counting," said the exec. “We’re thrilled to honor her as this year’s MTV Global Icon.”

In addition to receiving the prize, Jackson will perform a medley of her hits during the awards ceremony, including her latest single, "Made for Now" featuring Daddy Yankee.

Rising to fame as the youngest member of the Jackson family, Janet has earned a reputation as one of the popular and influential artists of all time. She has sold over 160 million records worldwide and won six Grammys, 11 American Music Awards, 9 MTV Video Music Awards and a Golden Globe for her music.

The 2018 MTV EMAs are set to be held Sunday, Nov. 4, and hosted by Pitch Perfect star and singer Hailee Steinfeld.

Made For Now (remixes)

I thought that Janet looked great at Glastonbury although she got slated by the media for not singing live.

You Want This (feat. MC Lyte)

This video was based on the 1960s movie Faster Pussycat Kill! Kill!

Hi all. I kind of disappeared for a while, but now I am back! I am a huge fan of Janet and I wanted to share how I first discovered her. I started listening when I discovered her through Michael. I heard the song Scream and though she had a really, really good voice. So then I listened to Rhythm Nation and I was hooked on Janet! I haven't seen her in concert yet, but I really hope she tours in the U.S. soon! I just wanted to share my story. Thank you Michael for making me a fan!

Runaway (with Jimmy Fallon & The Roots)

Livin' In A World (They Didn't Make)

I just spent today listening to a lot of Janet's music and it just truly is incredible. She's so great in her own right. I couldn't eat my dinner for like 15 mins because I was too busy jamming out to Funky Big Band and I've spent 5 hours at work only listening to When I Think of You. Just absolutely incredible. :clap: